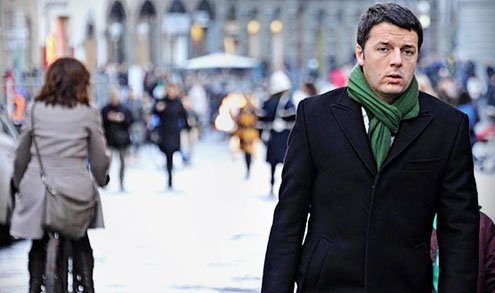 Matteo Renzi: the most boyish-looking of plotters.
F

ormalities aside, Italy’s new prime minister is 39-year-old former Florence Mayor Matteo Renzi, the rental unit’s 27th new face since 1946 and its fourth occupant in three years. Fans of youth and charisma will applaud his emergence, and perhaps rightly so. But they should also know that his ascent is not the stuff of an underdog knight but the result of a back-alley knifing similar to the kind that have long shaped this country’s sitcom party system. “It hasn’t turned out the way I dreamed it,” Renzi said of his self-styled crowning, “but I didn’t have a choice.”

The remark was as trimly disingenuous as his rise up the political food chain has been astute and merciless.

In late 2012, Renzi’s left-leaning Democratic Party (PD) conducted primary elections that anointed brass tacks veteran Pier Luigi Bersani after a runoff. Second-place Renzi, who won only his home province of Tuscany, was left to second-guess the party insiders arrayed against him.

In February 2013, Bersani — with PD veteran Enrico Letta as his no. 2 — who led the favored center-left into national elections. That vote proved a bitter pill. The PD alliance earned 29.5 percent, short of poll expectations and the parliamentary majority essential to 21st-century Italian governance. An unexpectedly strong center-right revival and the onslaught of Beppe Grillo’s anti-establishment Five Star Movement, which picked up a quarter of the vote, thwarted Bersani.

Letta seemed to offer solid ground and a breath of fresh air. He was appreciated for his relative youth, 47, and deal-brokering pragmatism interested in trimming fat from the obese executive. As a Bersani loyalist he was also, albeit indirectly, a product of the national vote.

His early months received cautious approval. He seemed unburdened by ambition and attentive to Italy’s desperate need for election reform. He staved off a livid Silvio Berlusconi, banned from parliament under Letta’s watch after abuse of power convictions. Letta rarely overreached and acknowledged his limitations, and Italy’s.

But as Letta gained traction, the ever-ambitous Renzi muscled his way from the back of the bus. Bersani’s failures gave Renzi’s new inroads, an advance made easier by Letta’s executive distractions. Renzi knew from the start that his morality play would eventually hinged on purging Letta — political regicide given Letta’s new role. Working to extend his core support, Renzi praised Letta at first, pledging indefinite support. But beginning in September 2013, when he officially succeeded Bersani, Renzi changed that tune. Bersani’s legacy was insulted, and Letta by implication branded as disposable.

Except that Letta, however shaky, remained the country’s political CEO. The generation-change card no longer apt — only a decade divided the two men—Renzi instead began branding Letta as an old guard apparatchik. By winter, his attacks had grown systematic and venomous, revealing a predatory style similar to the young Berlusconi, who, ideological differences aside, sees aspects of his younger self in Renzi (at age 39, Berlusconi was laying the groundwork for his business and media empire).

As for Letta, his survival was never at issue. Only the timing of his ouster was up for grabs, and his toppling a year after Bersani’s election debacle in February 2013 seemed somehow appropriate.

Now, Renzi takes office with full party’s approval and zero votes, becoming Italy’s third consecutive non-elected leader (including Monti and Letta, who wasn’t a party leader and can’t be counted). Renzi says he will ram through electoral reform and attempt to endure through 2018, an unlikely prospect. “[Renzi],” wrote the New York Times, “has tapped into a national yearning for change by cultivating a persona as a political wrecking ball with an Everyman appeal.” The “Everyman appeal” is little more than cliché, since Renzi has yet to establish a collective national identity. Nor has he wrecked much except Letta’s government. So far, he is just an ambitious politician whose promise is his youth, his non-Rome provenance, and a willingness to entertain big business.

But whatever Renzi’s eventual allure, nothing he says or does will paper over his unelected status or the reality that he’s on top thanks only to a purge that cost a cohort the top job. It’s not an auspicious way to start what the impatient Renzi hopes will be a decades-long governmental career, since Italians never forget and first impressions are crucial.

The man who now says he had no choice did have one in fact, albeit a messy one. Early national elections, though they would have been governed by arcane rules, might have better demonstrated Renzi’s actual clout. As it is, he will face challenges both from Berlusconi’s hard core and Grillo’s ant-like wrecking crew. Renzi is boyish, mercurial, headstrong, pro-business and immensely shrewd. But he’s also ferocious. Just what kind of example his theatrical power play sets for a country whose civil fabric is frayed beyond recognition is problematic, even among those eager to conjure up an Italian Camelot.