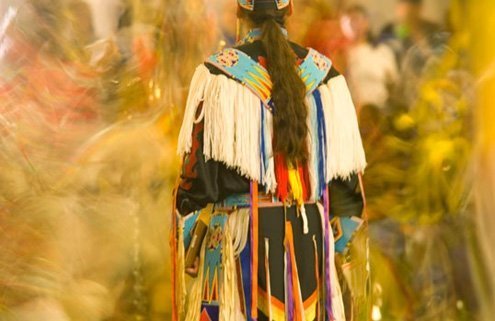 The city of Spokane, Washington takes its name, which means "children of the stars or the Star People", from the Spokane Indians.
I

t has been said, rather wisely, that a person should be judged by the questions they pose instead of the answers they provide. No matter the subject, it is the question itself, enfolded in countless layers of cultural and individual preconceptions, that determines the quality of the answer.

This dynamic was my major concern when I prepared for a field research trip to the state of Washington some years ago. I needed to collect data for research on the works of the Native American author Sherman Alexie, a member of the Spokane Tribe. Alexie is an eclectic writer and filmmaker who made his mark with the 1992 poetry and story collection “The Business of Fancy-dancing” and “The Lone Ranger and Tonto Fistfight in Heaven,” a group of interconnected short stories published the next year.

At the time of my trip, I was working on a project on Native American Studies and cultural anthropology at Rome’s La Sapienza University. I was fascinated by the theme of identity among contemporary Native Americans. Developing the right questions were the alpha and omega of my preparation. My mind was crowded. I’d devoured books on the techniques of participant observation, an anthropological method that relies on personal involvement and participation. I’d also formulated a variety of notions and approximations based on Alexie’s books. My mental topics included reservation Indians and urban Indians; blood quantum — the amount of Indian blood — and U.S. government housing; fry bread and fancy dancing.

The preliminaries were also fun. Laughter, in Sherman Alexie’s writings, is like traffic on Rome’s outlying ring road: you can’t avoid it. One character in the “Fistfight” collection puts it aptly: “Humor was an antiseptic that cleaned the deepest of personal wounds.”

Alexie’s books contain stiletto-sharp humor, a kind of clever wit that can make you feel guilty after letting out a laugh. Because of that feeling, your memory is more likely to retain what triggered the laugh. Alexie also conveys generational trauma in a way that shows how history and economic hardship entwine to affect contemporary reservation life. Though piercing and often merciless, Alexie can also confer small gifts — if you’re quick enough to catch them. A good example is the axiom for survival on the reservation: “Survival = Anger x Imagination.” In this equation, social anger isn’t shed but instead transformed and channeled into creation, giving it strength.

My major goal in going to Washington was to discover to what extent such cultural representations embodied the perceptions of contemporary Native Americans in actual percentage terms. All the while I ruminated on methodological and ethical dilemmas, hoping to find people willing to collaborate with me.

Reading and rereading autobiographical or semi-autobiographical fiction can have a powerful affect on perception. You’re pre-immersed. I’ll never forget the sense of familiarity I felt when I arrived at the Spokane Indian Reservation in Wellpinit, Washington. The micro-cosmos described in Alexie’s works was all there. They may not have been exactly as imagined them, but they were nonetheless fully recognizable. What I wasn’t prepared for was the complete overturning of my research scheme.

Saying the people I met there were “polite” does them no justice. They were kind and welcoming, less of a surprise than a deep pleasure. But what I most vividly remember is how the experience changed my methodological approach. It immediately became apparent that they were just as curious about my “Cubanness” as I was about their “Indianness.”

Questions poured out. Who, I was asked, were the aboriginal populations of Cuba? What were their economic activities? What did they eat? Did they still live there? How many tribes were there? What was their word for “mother”? And “father”? Where do their descendants live?

Of course, as an expatriate, I had experienced other people’s curiosity every day of my life. And as a student of anthropology, I was aware that observation is always reciprocal. But the novelty of this experience came from the realization that empathic curiosity can be read as a text, or as a statement of an individual’s specific ways of interpreting their world. In “The Lone Ranger and Tonto Fistfight in Heaven,” Alexie writes: “There are things you should learn. Your past is a skeleton walking one step behind you, and your future is a skeleton walking one step in front of you. Maybe you don’t wear a watch, but your skeletons do, and they always know what time it is. Now, these skeletons are made of memories, dreams, and voices. And they can trap you in the in-between, between touching and becoming. But they are not evil, unless you let them be. What you have to do is keep moving, keep walking, in step with your skeletons. They ain’t ever going to leave you, so you don’t have to worry about that.”

In the end I did get answers to the questionnaires I’d prepared before my arrival. I also diligently compared the data and separated what I thought was the product of Alexie’s creative mind from what I believed I could read as a paradigm of his people’s perceptions.

But the truth is this: the most precious information I got came not from the various responses, but from the questions I was asked. I had gone there to advance my own set of questions but had instead been “participantly observed,” as if made to taste my own medicine in the best of ways. And I emerged changed.