On a stalled planet 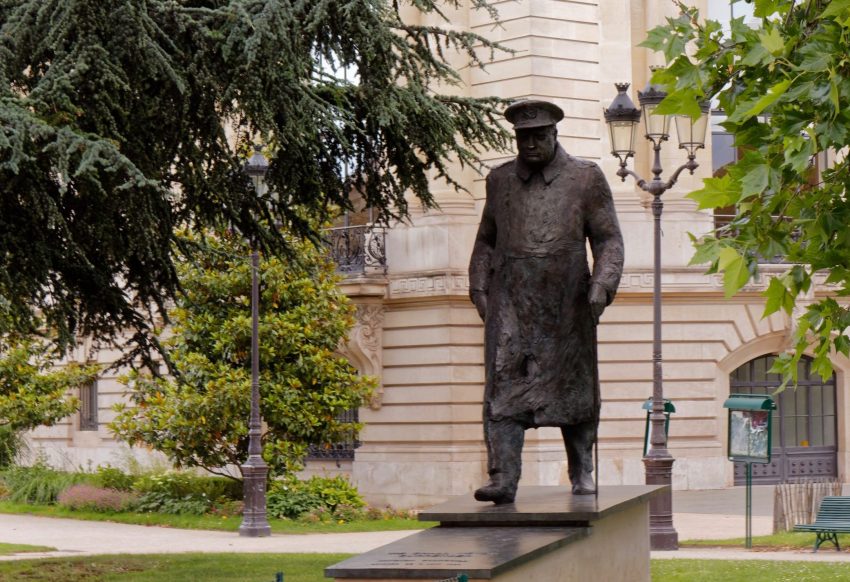 Only the British have suggested keeping a stiff upper lip amid the two-year pandemic, writes the author, but another Churchill has yet to be found.
O

ne friend, an influential member of European mass media, bemoans the disappearance of what he calls “fluidity.” Another, far younger but brilliantly dynamic, calls it a form of death. Yet another labels it sapping in the way of a flu that won’t desist — perhaps the most ironically apt description.

They are all referring to the semi-aftermath of the global COVID epidemic which, while mostly under medical control, has seeped into the fabric of societies and bureaucracies in ways so sweeping it can seem, as my media friend says, that a war has just ended. A war that has left many so enduringly traumatized they resemble those handfuls of Japanese soldiers that remained on Pacific patrols well after World War II ended, their weapons still loaded, uninformed that hostilities had ended or, if informed, unwilling to believe their source.

As a colleague suggests at greater length elsewhere on this site, the consequences of the two-year virus are both direct (a new world of restrictions) and indirect (a sense of needing to look over one’s shoulders), with fluidity – which is also spontaneity, or was – removed from the human equation.

Since the virus was (and is) not a war, any timetable for redress from these symptoms is problematic. After a military war, civilians are eager to reestablish old patterns disrupted during the fighting. But in this case the fighting continues, and will continue, since the threat is illness and not canons or bombs. Such a threat is, by its nature, permanent.

Cities can be rebuilt. Fluidity is attached to ease and freedom of motion, both of which remain under siege. The present situation makes for a very, very bad penny with no immediate hope in sight for any sort of sudden fog-lifting. On the contrary, viral weather is that of the lowlands, damp and penetrating.

Only Britain has shown a willingness to at least attempt a halting return to normalcy. This calamity has yet to find its Churchill.

Two factors are critical in assessing what has occurred. The first is that the developed West has participated in the making of its own trauma — adhering to official positions far more attached to vigilance, worry, and defensive behavior than the encouragement of its opposite. That opposite would require leaders to tell their citizenry that, while the virus was an unfortunate event, the best response would be to resume the human enterprise as much as possible as it existed before. No man or woman has made such a speech, though. Only Britain has shown a willingness to at least attempt a halting return to normalcy. This calamity has yet to find a single Churchill.

Worse, the West’s recoiling and shutdowns have shot around the world twice over, worry and institutional coercion becoming the norm in parts of Asia and Australia, as if one-upping the West was to improve on its tactics. So it is that the closures and tamping down has, in places, been associated with nationalism. In Australia, the idea has become a symbol of insular resolve as if the closing of a continent could, over time, make it virus-proof or act as a warning to the next flying malady.

Much irrational behavior is still making the rounds, and it shows no signs of being abandoned simply because infection rates have dropped. The planet is on the offensive in an effort to suit up its defenses, whether against viruses or climate change.

It is, of course, worthwhile to take precautions against sickness just as it is wise to rein in practices that cause the planet harm. But in times of fluidity, these actions are imbued with a sense of proportion. It is just that sense that’s been lost in these times, surrendered to what can seem like both an inner and outer global curfew.

When the makers of the atom bomb saw two razed Japanese cities, a number of eminent scientists backed away — not from their work, but from its warping.

Yet again, the mood is that of a free man or woman who, while free on paper, is always nervously looking for the someone or the something ready to take that freedom away. To prevent that from happening, freedom is instead given away, no fuss, because to do so is to feel less vulnerable and safer.

This is a warping of meaning the best and the brightest have contributed to by refusing to put the virus and its spread in proportion, measuring it against previous human afflictions and shouting aloud to prevent Kafka-like rules from becoming a norm all can live with.

Before World War I, the English poet W.B. Yates famously presaged Europe’s collapse into madness by writing, “The center cannot hold.” What’s perhaps most troubling these days is that the center can hold — the subtracting of fluidity and the addition of at-times futile restrictions notwithstanding.

What the developed world has accepted, the rest of the world, including China, has embraced, and this global love of masks has morphed from the medically protective to the primordially symbolic. People are more at ease with not being at ease than ever before, perhaps because depression has become so common and “popular” an ailment that no one knows to stand up for the needed components of cheer and hope upon which humanity rests.

Instead, all kowtow to “science” — a word whose meaning has been adjusted to include all manner of exaggerated limitations.

When the makers of the atom bomb went about their business, many were excited by the prospect of fission and imagined the power of the process when harnessed and unleashed. Then they saw two razed Japanese cities and a number of eminent scientists backed away — not from their work, but from its warping — as if to say, “What have we done?”

In fluid, unstable, war-racked times, science was adjusted to suit unthinkable extremes. Such a history should remind science lovers to be careful what they wish for.