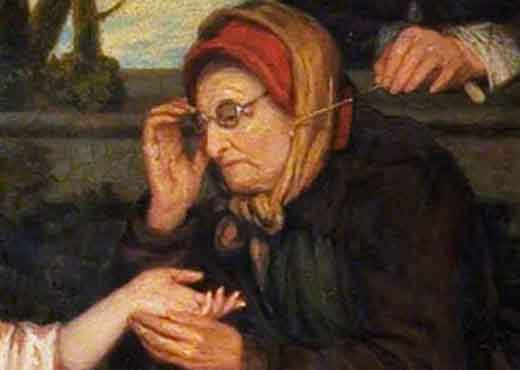 Mock palm readers at your own peril.
S

ome reliable sources talk nonsense. Savants can have the same knack. This did not stop the oversight of a gypsy woman camped on the heights of Rome’s Giancarlo from acquiring a steady stream of Sunday visitors. She had the face of an owl, a hairy mole on her neck, and a winningly sunny disposition, which went well with spring days in the late 1970s.

At the time, the city’s immigrant population was small. Filipinos had found a second home in Rome, most becoming domestic workers. They fit in well with the city’s Catholic bent. Russian Jews made homes in Ostia, hoping to move on to the United States or Canada. The bad seed, thieves and crooks, were gypsies, who seemed largely contemptuous of the animosity directed against them. Most sold flowers or begged, infants in clutch. As sinister deeds are now genetically associated with Muslim migrants, they were then attached to gypsies, most from Romania, Hungary and the Balkans.

The gypsy palm reader appeared untouched by the bias, as if her contact with other spiritual worlds protected her from the banal concerns of the one in which she lived.

It was my mother’s friend Clelia who took us to her one Sunday, on the excuse that she’d found an opening through the trees through which all of ancient Rome was concentrated, like some magic peephole. Her motive of course was to get my mother’s palm read, and after considerable cajoling she succeeded. Clelia had spoken of the “surreal” stories the palm reader offered her, suggesting the session as a form of entertainment. Unwillingly, my mother submitted, and I followed immediately after, 2,000 lire for two palms.

The gypsy palm reader appeared untouched by the bias, as if her contact with other spiritual worlds protected her from the banal concerns of the one in which she lived.

The palm reader spoke in whispers and wanted no one hovering over her as she conducted her “exam.” My mother emerged slightly shaken, I walked away amused, and Clelia told her story. The palm reader had told her she would face a life-altering surprise later in her life, and the surprise, of an intimate nature, would mark her life. Clelia was in her early 50s at the time and the premonition made her laugh. I was told I had a long lifeline that was strangely marred at one point, as if vanished altogether. My life would be long but I would suffer some grievous loss, probably physical, before I left the planet emotively.

But my mother’s prediction, which she would tell me only years later, was dire. She had little time left and should make the most of her days.

The sunny Sunday with the palm reader ended cheerfully. At dinner, the three of us mocked supernatural generalizations while scoffing at the idea of anyone knowing the future. It was easy, Clelia said, for a palm reader or a fortuneteller to be right about a glowing future or an awful event since all people faced them at one time or another in life.

But how things turned out years later gave me pause about that day.

More than a decade later, Clelia learned her husband had a separate family, a companion and children, in Belgium. She learned this just after his death, when his common law wife and daughter appeared at his Rome funeral. Clelia had always wanted a child but her husband had balked, citing the demands of his work life. Though Clelia tried to befriend her “stepdaughter,” she was irrevocably scarred by the news and died less than five years later.

In 1987, my mother was diagnosed with a disease that was so far advanced nothing could be done to save her. She died at age 67, stunned into silence by what had befallen her.

In 2016, some 40 years after that spring day, my lifeline cracked, revealing its abyss. My eyes began failing and continue to fail, and there is no remedy, no repair.

Chance predictions. Perhaps. But if so they were spoken with the assuredness of someone well-versed in last laughs.

There are few palm readers and fortunetellers left in Rome. There is, of course, Google, where all can find answers tailored to their wants.

The palm reader’s power was in her tangible presence. You could not scroll her away or turn her off. Her prophesies complete, it was up to fate to give pause to mockery and fill in the blanks, which it did in time.

I can still see the woman’s face in my mind’s eye. But that of course is the point. My mind’s eye is all I have left.