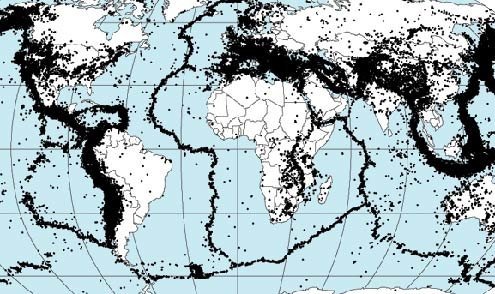 he earth is a caged circumference rigged to rupture. Those tied to their rural digs are most vulnerable to geological migraines. Remote and bucolic hinterlands are sucked into a sudden vortex that overturns landscape and assassinates its mostly arthritic progeny.

Seventy-seven of the confirmed Abbruzzo dead were born before World War II, a third between 1913 and 1930; the oldest was 97. Many can’t drive. Most don’t own mobile phones. Computers are a novelty. Three quarters of Italy’s over-75 population is entrenched in non-coastal countryside, forbearers of an inland nation that once depended on agriculture alone. They’re also sitting ducks for Richter opportunism.

Unlike 19th and 20th century North American, which gradually strung up a talky clothesline between urban, suburban and rural, Italy stewed rigidly in social and economic differentiation. Quitting village life was a severing act, albeit for the monetary better. Those left behind didn’t change, nor were they expected to. Escapees and former keepers hewed to theirs roles, new and old. But the millennium has worn down both sides, and it shows.

Those who resisted urban adventure now form the backbone of two homespun generations; a pre-World War II group between ages 70 and 90 and its children, usually between 50 and 70 (another 100 of the L’Aquila dead). Twenty-to-forty “youth” and near-centenarian great grandparents form smaller subgroups.

Most of these people live on voluble tectonics that run north-to-south, mountain-to-mountain, Alps to Appenines, along a fault that broadens into the shallow Adriatic. The country’s seismically impressionable far northeast and its mid- and deep south contain some its oldest and poorest villagers.

The jagged west serves up hotter bifida. Naples has Vesuvius, a toxic sleeping beauty. Further south and into the Mediterranean are the carnivorous volcanoes of Stromboli and Etna, house-pets until famished. The deep outback of Campania, Basilicata and Calabria is also a vassal to volcanic roots.

A proposed bridge that would link Sicily to the mainland over the Straits of Messina (a Promethean stunt as much as a project, and uniquely Italian) is hated by those who denounce its price tag and mistrust the relative volcanic somnolence of recent decades.

Plotted on a map, the southern European epicenters of the last half-century blot out the sun. Not surprisingly, most of the towns and villages closest to harm’s wide way are packed with prewar homebodies in the vein of L’Aquila’s.

The three worst quakes in recent Italian history, in western Sicily’s Belice Valley (1968), in Friuli near Udine (1976; felt in Venice) and near Irpenia, in Campania (1980) most damaged the elderly. Many lived in prefab housing that remained standing for decades.

Of the 300,000 dispossessed by the Irpenia quake (some 3,000 died), 70 percent were at least age 65. Most of those coaxed to move from their towns to projects near Naples refused. Worse, only a quarter of the estimated $40 billion earmarked for reconstruction endured government skimming and underworld scams.

L’Aquila’s victims can be forgiven pre-packaged resentment. Many already reside in tent cities likely to be standing a year from now. “Don’t forget about us” has been the kindest of their calls. Media’s embrace of catastrophe is wired to short-lived attention spans. Only mortality is credible. The Abbruzzo has month before lapsing into public dreamtime.

They’re ironically worse off than the destitute populations of tsunami-lashed Bangladesh and Indonesia, who belonged to social units still united by generations of coastal industry. The gradual dissipation the local has left Italy’s aged to their own devices, an odd twist in nation that prizes blood ties.

This gives a closer look at rural quaintness a fatalistic dimension. In the center and south, housing, health care and communication are fossilized. Italy’s bush-land is rawer than that of France or Germany.

Among the elderly, resignation is not only an acceptable social response but often the only one. The state is illusory. Chance favors those close to power, scorns the less clever, with family as buffer and God as witness and consoler.

When houses collapses on a husband of 88, a wife 85, their children far away, the framework of solace comes down with it. There is no future tense. The randomness of fate intervenes, a primordial concept at the heart of most country living and superstition. (Kant was the first to call earthquakes natural events, noting “subterranean inflammations” in 1754.)

But the hard-knocks humbling that toughens up the young leaves little fuel for extreme old age. Italy’s landscape can appear to the seismic appetite like old bones unveiled for sacrifice.

Challenge vibration to a duel and the game’s over. Ask any dinosaur.