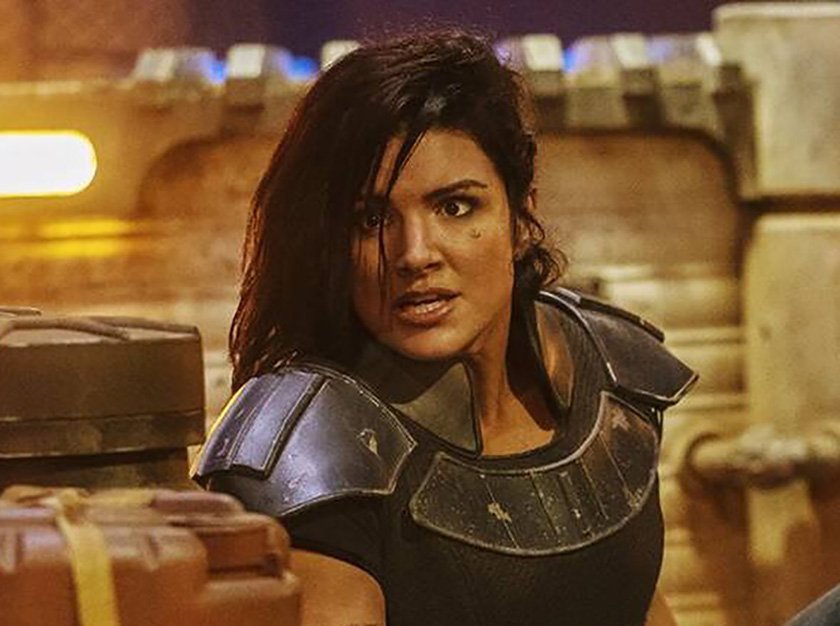 Actress Gina Carano, ousted from her "Star Wars" role for a Tweet.
J

ews were beaten in the streets, not by Nazi soldiers but by their neighbors… even by children. Because history is edited, most people today don’t realize that to get to the point where Nazi soldiers could easily round up thousands of Jews, the government first made their own neighbors hate them simply for being Jews. How is that any different from hating someone for their political views?

Text from actress Gina Carano that led to her summary dismissal from the Disney-owned “Star Wars” franchise.

Social media in this bitter phase of the 21th-century is coming to resemble mob rule of the century that came before.

A century ago the outraged gathered publicly to denounce that which they disliked, whether desegregation or low wages, and, if the mood turned sour, they took on any authority that tried to break up their gatherings. On many occasions the violence was pitched.

Now, with physical confrontation largely confined to rogue fringes, mainstream rage is transmitted via Tweets and their ilk, creating an atmosphere just as combative as the mob core rage of the past.

Say something confrontational or incendiary and an employer, worried by the firestorm of outrage, can intervene to dismiss individuals.

But social media mob rule functions somewhat differently. Say something confrontational or incendiary and an employer, worried by the firestorm of outrage, can intervene to dismiss individuals, as if to handcuff or jail the leader of an old school street protest.

Since the web invites people to set aside filters of judiciousness, essentially hosting an endless brawl, the brawl itself takes the place of civil debate since emotions are far more easy to absorb and respond to than rational arguments in a framework that places limits on physical and verbal violence, limits once covered by the vanished concept of restraint.

So it is that both sides of the poisoned American political divide, so personal and vicious it exists outside known ideology, make up conflicts as they go along, each side lubricating and assuaging its own social media mob by standing beside those who have been vilified or cast out, whether Hilary Clinton, Donald Trump, or in this case actress Carano, who like many of her peers in the limelight chose to ignore restraint and make certain views public.

Since the country’s leadership is now in liberal hands, and those hands are allegedly those of the “good mob,” what Carano had to say, just after Trump’s very visible national expulsion, was seen as deplorable and representative of the mud-slinging conservatism the former president had just been punished for extolling, referring repeatedly to “cancel culture,” which he defined, very loosely, as the liberal wish to ignore, set aside, be in contempt of all that the “bad mob” had to say, on the web and in public. His language was, as always, deplorable but his underlying point accurate: a double-standard exists in which one side, in this case the liberals who loath him, are entitled to dismantle anything that to them seems unfair or discriminatory, or simply not to their enlightened liking.

Again, the way Trump went about stating his dislike of this canceling was itself dislikable. But the spirit of the warning spoke directly to the new mob rule, and how it could work in much the way Red-baiting did in the 1950s: suggest an actor had communist ties and his career was ruined. So rumors of that nature flourished, and people with not even the slightest interest in communism tainted rivals through accusations of just this kind.

All this, of course, is exalted as a display of American free speech in action. But as the mobs grow to include the entirety of populations, the risk posed by social media maligning grows larger yearly, acquiring the status of an unpredictable malignancy, since only few of those on either side of social media mobs contribute views with constructive aims as their goal.

Uglier and uglier it gets, with free speech itself coming to seem ugly and inevitably biased in one direction or another.

This appraisal, which beseeches all the mobs and tribes to apply greater judiciousness, to think before they tap, will not rehabilitate Carano, who is decidedly non-liberal in her Texas views.

So she was fired, canceled, with righteous explanations that any analogy with Nazi Germany is rotten to the core.

Yet what she said was not inaccurate. National Socialism contaminated pubs and public thinking, making Jews out as permanent villains, before setting the Gestapo fully loose to run their termination show. Countless German novels of the 1930s written from the vantage point of Jewish families speak of growing resentment in the streets, even next door; they note how the mood of their neighbors turns hostile after rallies. Hitler knew he could not create so huge a scapegoat before urging existing anti-Semitism to surface.

But Carano’s mention of the period linked today’s hate debate with that of Germany’s, which is unacceptable in the mob rule circles at the moment in charge of virus-stricken entertainment culture.

So she was fired, canceled, with righteous explanations that any analogy with Nazi Germany is rotten to the core.

Just as rotten, regrettably, as those who misplay statements into means to tar someone, in effect a latter-day lynching — something I, no doubt, would be fired for writing if I held a mainstream job in a country whose open-mindedness I once adored but have come to question as haphazard, incoherent, marked by poor judgment, and rife with Red-bating style bias on all sides.

For pity’s sake, let it stop, I say, but it does not. “It,” the spirit of outrage, is having far to good a time of hurling handfuls of mud from a giant puddle that the mobs will not allow to dry up.