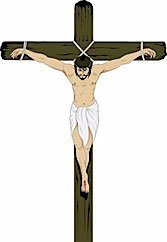 he time is winding down and by the time this edition comes out, I will have officially moved in with my boyfriend Fabio. It’s exciting and nerve-wracking at the same time. We’ll finally get the chance to co-habitate and experience all the things that couples do when they live together. He’ll be the first and last thing I see when I go to sleep at night and wake up every morning. We won’t have to worry about schlepping to each other’s house during the week and on the weekends. We’ll assume all the responsibilities that couples do when they move in together: chores, bills, dinner parties. Sigh. It will be nice.

The first thing we’ll do is redecorate… slightly.

His room, which will be our room, needs a major makeover. I remember the first time I saw Fabio’s room when I moved to Rome. I was going to be living with him temporarily until I found an apartment. His room looked slightly different than it had during my trips to Rome while we were still dating long distance.

In a nutshell, it looked like there was a shrine of Jesus over his bed.

Either Fabio had become a born-again Christian while I was still living in the States, or someone had created that shrine intentionally.

The shrine consisted of a poster of Jesus, a poster of the Virgin Mary and a crucifix directly over Fabio’s bed. Obviously, Fabio’s sister didn’t have the strong Catholic beliefs that he had because her room lacked a similar shrine.

When the pope died, Fabio even mentioned to his mom that he’d like to buy a picture of Pope John Paul II. She suggested it might go well with the “shrine.”

Needless to say, the shrine is going. Forgive me, Lord.

We’ll also be able to buy a proper bed. When I first moved to Rome, his family added a bed to his room and put a dresser between the two. Hence, there would be no sleeping together. Or at least in their minds.

I remember during Fabio’s Mom’s visits to Rome I would always have to mess up my bed by undoing the sheets just to make it look like I had slept there the night before. And she actually bought it.

There was one close call. She entered his room to give me what it seemed like a lesson on how to make beds, which was very useful because it’s a relatively new concept in America. As she pulled off the comforter, there it was. A bed without sheets.

She gasped and looked at me and asked me basically how I could sleep without sheets, “Tu dormi cosi? Senza lenzuola?”

Okay, it was obvious she had no clue that I slept with her son. Both Fabio and his sister examined me to see how I’d respond to the emergency.

Well, folks, the game is finally up. Fabio and I are finally coming out. We’re getting a letto matrimoniale (sans shrine) and we can admit to the entire world that we sleep together!