Oh, And I Met The Pope 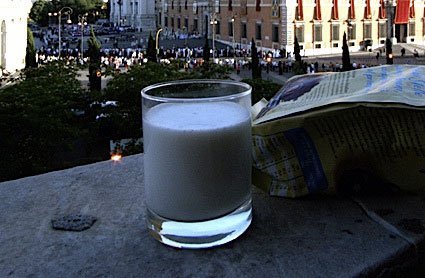 just met the pope. He came over to my house for milk and cookies. Kind of like Santa, but not really.

We had a long conversation. He did most of the talking. I ate most of the cookies. He did a little bit of singing, too. It wasn’t bad.

I felt a little underdressed for the occasion. Although, to defend myself, the pope didn’t give me much time to get dressed up. His people (he has a lot of people) woke me up from my nap by singing into my window. The singing was nice, but I didn’t enjoy being woken up. I never do, even if it is by the pope.

He didn’t mention my flip flops, but I think he noticed them. Men like the pope notice things like flip flops. After all, he had a golden cap, a golden cape, and I think I even saw golden slippers. Someone this immaculately dressed pays attention to detail.

And if by chance he didn’t notice the flip flops, I’m sure his fashion designer, costume artist, attire consultant, or whoever’s telling him to wear golden capes, saw the flip flops and told him after our conversation.

Either way, he knows.

Perhaps “conversation” is the wrong word. He came to my house unannounced and just started talking to me. Not that I’m complaining; I put out milk and cookies. But he was a little insistent with his message. Personally, I thought the microphone and hundreds of speakers were overkill. Kind of like the golden hat. And I had questions too, questions anybody in my position would ask. “Are the flip flops OK, or should I put on nice shoes? What’s up with the cape? What kind of mileage do you get with the pope mobile?” But the guy wouldn’t stop talking. It was like he was preaching. I couldn’t even get in a single question.

And I didn’t want to say it, but for a celibate man, the pope sure has a lot of women running around with him. Oh sure, they drape themselves in black and white curtains and call each other sister, but have you ever seen a nun walk? They don’t exactly stir up the pavement. And if you get stuck behind a flock of them they’re virtually impossible to pass. But when the pope came over to my house, these women flew in from all directions. They were going so fast their headdresses were flapping behind them like they were in a wind tunnel. They were pushing each other out of the way, giggling like schoolgirls. The expression, “like a bat out of hell,” comes to mind. Now, I’m definitely not celibate and I have definitely never had women by the thousands flocking towards me in a mad dash. Forget thousands. Try one. But this guy, my friend the pope, an eternally celibate man, has thousands of women chasing after him. Explain this to me.

After the pope finished talking, he just up and left. He didn’t say when we were going to hang out again. He didn’t even thank me for the cookies. He just stopped talking, got up from his chair, hopped onto the pope mobile, and began driving off into the sunset. It would have been a fine exit, but this guy really has a penchant for the dramatic. First of all, it took him forever to leave, and he was in a car. I know it’s the pope mobile, but still, it’s not running on stale wafers and bad wine. Come on man, step on the gas. Secondly, he wouldn’t stop waving. And it wasn’t only at me; he waved at every person he saw on the street. It was as if he would never see them again. It seemed like unnecessary pathos to me. You’re in Rome. I’m in Rome. We’ll meet somewhere for a coffee sometime. I hear the Vatican’s nice this time of year.

Once he disappeared around the corner, I had an epiphany. What other kind of characters wear capes, ride around in vehicles called ‘mobiles’ and have perpetual enemies? Batman and the Joker? Superman and Lex Luther? The Bat Mobile? I know he can’t fly, (maybe he can, but I’ve never seen him do it) but when you think about it, the pope is kind of like a low-level super hero for the elderly. He keeps them calm by offering his protection and by threatening all the bad young people with some kind of eternal damnation. Like Perry Mason.

Hey, I would call on him in a pinch. I just don’t know his sign.