Off the beaten pasta 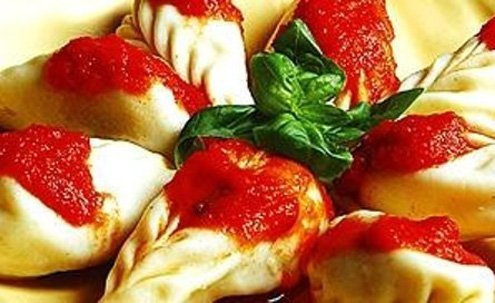 Ornate culurgiones dumplings are pillars of Sardinian cuisine.
A

matriciana, cacio e pepe, carbonara, Bolognese and pesto are the Italian pasta dishes that come up repeatedly in recipes and restaurant reviews. Each has its own set of do’s and don’ts, strict “rules,” and assorted dogma.

“Never put onion in Amatriciana!” and “God forbid you put cream in your carbonara…” are lines I’ve memorized (and written).

Honestly, though, these Rome-oriented dishes can tire me out. I’m not sated but saturated. Pasta just doesn’t belong to any one Italian city or region. Plenty of overlooked but divine variations warrant the undivided attention of all devoted fork-twirlers. Here’s a look at some of my favorites.

Genovese Underestimated “genovese” is a Neapolitan pasta dish unrelated to Genoa. Slow-simmered onions, pork meat, carrots and celery are blended into a delicious rust-colored ragù. The aroma of this family stalwart fills the streets and alleys of Naples each Sunday morning. Sadly, it’s not often available on restaurant menus outside its hometown. Some believe the dish was first prepared in the late 15th-century by a select group of Genoa cooks stationed in the Naples seaport district at the time.

Culurgiones Ornate culurgiones dumplings are pillars of Sardinian cuisine (which because of the island’s stunning coastline is too often ignored). “Little bundles” in dialect, they’re made with semolina flour and are intricately stitched to contain a potato, ricotta, pecorino cheese and mint filling. The dish is traditionally dressed with plain tomato sauce dusted with grated pecorino cheese. Common variations include adding braised onion in the filling, or aromatic spices such as nutmeg or saffron.

Puttanesca Why did puttanseca go out of fashion in Italy? Legend has it this deliciously spicy marinara-style sauce (simmered gently with black and green olives, chili peppers, capers, basil and a hint of anchovy) was a 19th-century favorite of madams, who served it to their girls between bedroom acrobatics. Others say a Neapolitan madam offered cut rates on the delicious dish to lure prospective customers into her Spanish Quarter bordello. Whatever its origins, the name of dish translates roughly “harlot-style” and betrays its sexy, piquant nature.

Checca Checca is the opposite of politically correct. In Rome, a campy homosexual is derisively called a “checca.” This is a delicious summer recipe that consists of small, tube-shaped pasta dressed with fresh minced tomatoes, torn basil leaves soaked in scalding tablespoons of olive oil. The hot oil bruises the tomatoes, causing the pasta to release even more starch and producing a creamy blend. Some add cubed mozzarella, but I try to keep dairy from this dish. When more raw vegetables are chopped and added in, the dish changes name to “crudaiola.”

Ravioli Capresi Capri’s signature dish is perfectly round pasta “pockets” filled with caciotta (ewe’s milk cheese), eggs and marjoram. The ancient dish has been handed down the generational chain to the point that everyone who makes it has a twist. Some shred the cheese, other grate it; some say the marjoram should be fresh, others prefer using the dried leaves; some demand the pasta dough be added with boiling water, others drizzle a thread of olive oil in the cold water.

Each version lovingly reflects the character of the person making it. Ravioli capresi are commonly dressed with plain fresh tomato sauce, a generous dusting of grated Parmasan cheese, and a few fresh basil leaves.

Pasta al Forno There’s a universe beyond lasagna. Baked pasta dishes are creamy warm and velvety embraces that remind Italians of their childhood. Pasta al forno recipes are ample and include the Americanized mac and cheese.

Nothing beats the typical household classic, made with simple béchamel, cubed ham, peas and quick-to-melt Fontina cheese (a cow’s milk cheese typical of the Valle d’Aosta region). Plunging a serving spoon into pasta al forno’s golden crust releases spirals of steam, the perfumed aroma of rainy Sundays spent indoors. If you manage to hold off and not burn your tongue, the flavor is palatial. I’ll take it any day over caviar. If you have leftovers (unlikely), cold pasta al forno is a day-and-night snack fit for kings.

Agnolotti del Plin Agnolotti are square ravioli typical of the Piedmont region. They’re made with thinly flattened pasta dough, which is folded over and stuffed with ground meat and vegetable filling dressed with roast drippings. Typically, agnolotti are made with leftover cooked meat, an age-old Italian recycling trait that produces an elegant and tasty dish.

Ravioli del Plin first appeared in the late 19th-century in the Langhe, Monferrato and Roero areas of Piedmont. They’re smaller than the classic square agnolotti pasta pockets. “Plin” means “to pinch” in dialect and refers to the way the dough around the meat filling is sealed. The crimping “plin” action not only seals the dumpling but also forms a concave dimple, perfect for collecting sauce.