Of stove and screen 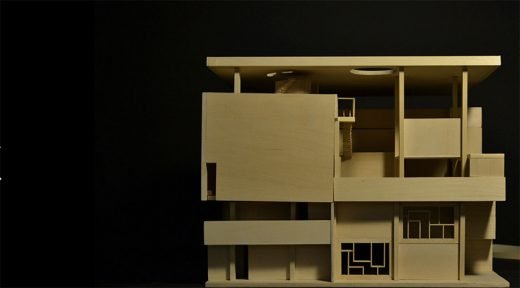 “The house is a machine for living in,” wrote Swiss-French Modernist architect Le Corbusier nearly a century ago. But in the end, it was the machines inside the house that mattered.
W

orking at my desk the other day, I felt the house cool as dusk fell. But since it’s officially spring I was reluctant to turn up the heat. Instead, I used a trick handed down from my great grandmother. I got out the carpet sweeper. It didn’t take long before I’d liberated my rug from shredded dog toys. Thanks to the exertion I also felt warm, toasty, and virtuous.

In addition warming up, I’d saved both energy and money while burning off a few calories. Best of all was my seamless transition back to work. I’d barely broken my train of thought.

What a contrast with a more “official” housecleaning I’d conducted a few days before. That effort had not left me feeling particularly virtuous. Wrestling the vacuum cleaner from the closet combined with its noise interrupted my thoughts so completely that I was creatively hors combat for the rest of the day. “The house is a machine for living in,” wrote Swiss-French Modernist architect Le Corbusi in the 1920s

But it turned out that people didn’t want to live in machines. They rejected Le Corbusier-designed residences and stuck to the familiar forms they loved. Instead household appliances became the machines the architect had never imagine: Now, vacuum cleaner, food processors, washers and rice cookers overflow in our abodes.

Dreams of efficiency and better lives motivated both Le Corbusier’s architecture and the invention and refinement of domestic appliances.

But it turns out that it takes more than efficiency to make better lives (we may do housework faster but don’t like it any better). And those fancy domestic machines aren’t always that efficient after all.

Some household work is faster and just as effectively without the use of appliances. It took more time to get out and put away my stylish European vacuum cleaner than to do the entire job with my black Bissell carpet sweeper, and the vacuum cleaner it didn’t perform that much better either. It is usually faster to use a knife and cutting board than set up and clean the food processor. It can be less time to hang clothes neatly to dry than iron or fold ones crumpled in the dryer.

The benefits of machine-free work go beyond saving energy, money or calories. There are other things household appliances cannot do.

That carpet sweeper from my childhood home evoked happy memories that few—if any—vacuum cleaner ever inspired. My grandmother’s thimble and darning egg escaped culling during several generations of downsizings, but her sewing machine did not. I think of her every time I use them, just as I think of my father whose knives I use daily.

Except for loading the dishwasher, I can’t think of any appliance that requires craftsman-like skill or the satisfaction it brings. The pile of tiny vegetable cubes produced by knife skills will always bring more satisfaction than the mangled pieces disgorged by the Cuisinart.

One of the most important things that no household machine can provide is silence.

Silence can be both its own reward and the creator of other benefits.

You can’t really enjoy music or audio books with the vacuum cleaner going.

Nor can you relax, think or dream. When people say they find cooking relaxing, it is because the “mindless,” manual and repetitive acts interrupt nagging thoughts. Kneading, chopping or stirring also free the mind to wander. I used to believe doing housework was a procrastinator’s indulgence. But I have learned that more ideas arrive when I’m in front of the stove than in front of the screen.

To be gender fair, what goes for domestic machines imagined for women goes for power tools conceived for men. The electric sander would not have allowed the memorable conversations my father and I had while repairing window frames together.

That is because one of the best parts of silent work is that it can be social. Sewing bees gathered over needle and thread, not a Singer. When guests are shy or want to help, a spoon to stir or knife to chop can put them at ease. A blender can’t do that.

This year, I have decided that my spring cleaning is going to be a silent one. Instead of vacuuming I’ll be sweeping; raking instead of leaf blowing; hanging laundry instead of drying.

This decision dovetails nicely with my New Year’s resolution, which was to cut back on social media distractions. So instead of checking e-mail or social media when I feel like a break, I do some discrete task, such as watering plants or cleaning kale for soup.

So far, it’s working. Whenever I got stuck writing this, I did a silent spring chore. Now, this essay is written, my comforters are fluffed by the wind, my rugs are clean and the vegetables are ready for dinner guests.

Alas, it won’t matter if the guests are shy or helpful, there’s nothing left for them to do.