Of doors and men 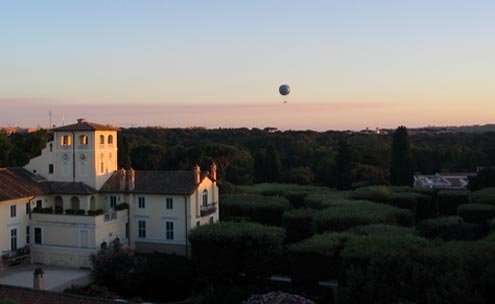 atch Mr. Proietti work on the door. Or watch him watch. He’s pulled up a chair to monitor his assistant as he installs new locks. The assistant wears a golden earring. Mr. Proietti gesticulates, lifts himself, and pushes a hand drill into a metal socket. The golden earring workman looks on.

The doors are the same ones Mr. Proietti installed in 1988, thuggish metal mastodons that open and shut like maws of heavy tonnage. Mr. Proietti was at least 60 when he did that job.

Yet here he is again now, age undetermined, recalled to change the locks, unwrapping new cylinders from their boxes like a boy tearing cellophane off a chocolate bar he can’t wait to swallow.

Last week I returned home to find things scattered, moved, money missing and a painting on the floor: an intruder, albeit a passing one. The thief had matched the key. Keys manufactured 30 years ago, once unique, are now easy to copy.

Mr. Proietti explains this with perfect punctuation and gentle diligence. I have fished him from the phone book, which I still use. His surname, inscribed on the door, continues to match that of his Rome family business. I call him and he comes the next day.

When he’s not watching the earring worker he’s feeling the edges of the giant doors. “I made these when I was younger and still had the energy to. I made them myself,” he tells me. “Now, I have to contract out. I am a little older now.”

I nod and go back to work, but Mr. Proietti seeks me out in the study, bathed in shafts of intense spring sunlight. “Sir, he tells me, you’re an American, I know, but tell me I’m wrong: Isn’t Rome beautiful?”

Mr. Proietti explains he’s from Umbria, from the countryside. He came to the city in the 1950s.

“You know, you look at the political scene and it is, well, shameful. Una vergogna. They do what they do on the backs of the working man.” I have heard this before. “They” are politicians, of all stripes. But Mr. Proietti isn’t interested in them.

“But, you know, just look. Look at this city. Look how beautiful it is. Look at the parks, at the green spaces: is there any city in the world as green, even in the center?” Together, we look out at my vista, which covers the city’s Villa Borghese.

Mr. Proietti tells me of his time in New York, in Washington, on the road. “The popes. We owe them a debt for this,” and he again points over the waves of parkland that have jungle lushness. “They believed in gardens.” He’s right: Rome’s status as the capital of the Papal States ended only 150 years ago. Before that, the city had 1,000 years of faith and greenery, the second more sincere than the first.

“People are too busy to see the beauty around them. Look!” I can see he is moved.

Mr. Proietti asks me where I’m from. Many places, I reply, but mostly Washington, D.C., another lush city.

“I saw Washington once, in 1973. I had just come from Chicago where I had been working on an exhibit about the life and times of Leonardo. I remember Chicago and the fine museum. We worked for three months: such an amazing place, and Washington, with the monuments, and New York. That was when I built pavilions, before this line of work…”

The man with the gold earring interrupts us. It’s time to put the final touches on the cylinders. Mr. Proietti takes a final look over the gardens. “Roma,” he says, “che bella città… Forget those who run it and we live in paradise.”

I walk Mr. Proietti back to the doors where he reconnects his glasses, the kind that dangle from the neck. He finishes up, I pay him in cash, no receipt, a typical Rome gentleman’s bargain, and he shakes my hand heartily.

I consider the events of the previous days: finding my apartment entered, his willingness to intervene — and doing so swiftly, and now this chat on a day of gracious sun. He’s right. Rome has a lushness that few other cities possess. But it also possesses a human green, kindness by way of intuition, trees and weather as encouragement, all of it summed into an ageless willingness to talk up a half-imagined past richer than intellect alone can ever convey.