Of bio and brothels 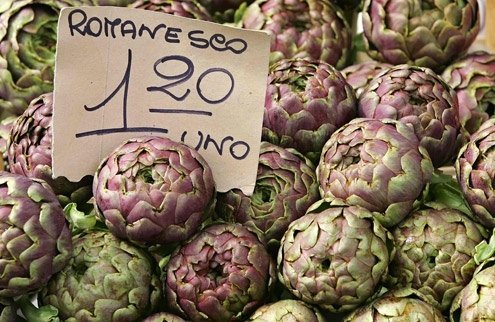 There are some 130 neighborhood markets in Rome.
I

n little more than a decade, Italian “bio” products have gone from being hard to find to being all the rage. Consumers gravitate to “bio”-labeled products, something marketing gurus picked up on early. “Bio” conjures up the healthy, the natural, and the environmentally friendly. Customers go home feeling smug.

“Bio” stands for what’s labeled “organic” in English and refers mostly to agricultural products and foodstuffs. That means you won’t find “bio” pants, unless maybe to specify that the cotton comes from an organic farms.

But processing biological foodstuffs can be expensive and labor intensive (take organic rice). Cost-conscious Italy tends to focus on what it has at hand: olives, pasturelands, and forages, which account for about 50 percent of the country’s organic output. Unlike the United States, where all major supermarket chains produce their own organic products, Italian supermarkets tend to yield to specialized stores that make direct sales purchases — basically store owners buying from farmers.

My own organic shopping often leads me to “NaturaSì” outlets, at least for packaged goods. For the rest, you’ll find me trawling local markets in Rome and elsewhere.

Shopping at markets is a great way for consumers to understand when fruits and vegetables are in season. To negotiate is to learn. A country with 1,500 daily markets also helps keep supermarket pricing honest.

Rome alone has some 130 open and covered markets open daily, most operating in piazzas or in side streets closed to traffic for portions of the day.

Most produce comes from the Roman countryside, which extends north to Maremma (into southern Tuscany) and south toward Ciociaria and the Mediterranean coast near Latina, the campagna romana that has long nourished the capital. The seasonal availability of local produce tends to dictate Rome menus.

Fresh vegetables, cheese and fish top my shopping list. The cod I buy is often ready to cook, the beans moist. I stop to chat with local market matrons who reward me with precious recipe details.

My short list of favorite markets includes Piazza Vittorio, where I hunt for fish and foreign products; Campo dei Fiori, a haven for fresh vegetables; the market next door to St. Peter’s (on Via Gregorio VII), a great cheese and meat haunt; and the Testaccio market, where the goods usually come with sage advice on how to cook them. Trastevere’s Piazza San Cosimato in Trastevere market has the city’s best-tasting bread and some of the city’s richest (and smartest) cooking conversationalists.

Enough talk. Here’s a marketplace recipe with my own twist.

A number of theories exist on the roots of this pasta dish, but the most credible is still connected to its name: Prostitutes’ spaghetti. Legend has it that local brothels (legal until 1959) cooked up the dish to satisfy the culinary needs of clients (and the prostitutes themselves).

All of its fresh ingredients are available at the markets.