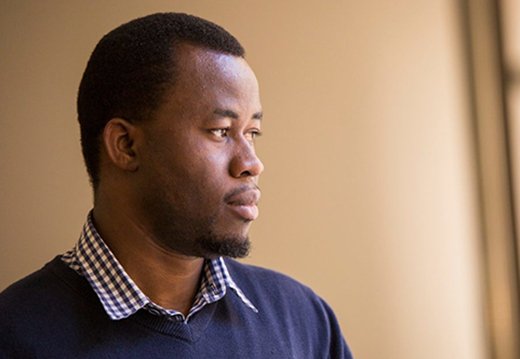 n Chicozie Obioma’s “An Orchestra of Minorities” (Little Brown, 2019), an invasive white culture is portrayed as eating away at a young Nigerian farmer’s ancient Igbo traditions, ultimately stripping him to the bone in tragic circumstances. In the story, an uneducated poultry farmer named Chinonso falls for a woman above his station. This love triggers a mystical plunge into cultural clashes and the tense friction between fate and free will.

Chinonso’s side of the narrative flows largely via his “chi,” or guardian spirit, and the resulting vision of the world— he will later travel from Nigeria to Cyprus —merges key components of separate worlds. First comes Chionso’s love for Ndali, the daughter of wealthy parents, which opens the doors to the the splendors and complexities of Igbo land and traditions. Later, when Chionso begins his travels, corrosive geopolitics and racism come into play.

Chinonso’s seven-year odyssey opens mournfully as his chi recites an Igbo incantation imploring divine forgiveness for a lost life. Only over time will the need for this ritual intercession become clear.

Throughout the tale, Obioma takes care to illustrate the Igbo belief system, lending greater credibility to the actions and reactions of his protagonist. According to the Igbo, whose origins date to prehistory, every particle of life is imbued with significance (a chart of their all-inclusive universe, thronged with heavenly hosts, is included in the preface).

The love story between Chinonso and Ndali serves foremost as a plot driver, though it begins dramatically.

On his weekly drive to market, he sees a lovely young woman poised to jump off a bridge. He grabs two hens from his truck and rushes to toss them into the waters. This way she can see the horror of drowning for herself.

Before Ndali can even earn the man’s name, he flees from her timidly. But his gesture has already left its mark.

When they meet again, their romance takes shape.

In essence, “Orchestra” is both hymn to tribal values and an inspired elegy to a waning culture. Whites not only marred the unity and compassion once imbued in Igbo culture. They introduced English as a language. With it came the divisive distinctions of wealth, possessions, and social class. Personal “worth” came to mean something different.

Chinonso’s seven-year odyssey opens mournfully as his chi recites an Igbo incantation imploring divine forgiveness for a lost life. Only over time will the need for this ritual intercession become clear.

The love story — no surprise — is doomed. Though Ndali has studied in England and belongs to a powerful and affluent local family, she is uneasy with its pretentious, arid, Anglicized side. She chafes at the void left by the family’s scornful denial of tribal origins. They forbid she marry this pauper.

Ndali’s brother — a classic bad guy —savagely beats and publicly humiliates Chinonso, to him no more than an uneducated peasant.

Seizing this detail, Chinonso decides he must get that piece of paper known as a degree. Old school chum Jamike convinces him to sell his house and farm, promising to use the earnings to set his friend up on Cyprus, where he’s told he can get a quick degree.

So, begins the classic heroic voyage—to an island where black Nigerians are referred to as slaves. There, Chinonso discovers Jamike’s has scammed him: there is no college or prepaid housing.

He’s broke, but there’s no help for a black newcomer. And so tragedy gains momentum.

Here, Chinonso cries to himself, is the world of our ancient ancestors? “In the land of the fathers a man is weeping in broad daylight, and he is succored.” In Igbo society, “sorrow is not allowed to thrive.”

Chinonso’s shock and shame are so great that he can’t bring himself to read or accept Ndali’s calls or letters. He won’t confess his awful failure until he finds a way out of abject poverty and despair. So, he never learns she’s pregnant. Believing him dead, and for the sake of her unborn child, she marries another man.

“An Orchestra of Minorities” borrows from some of the author’s experiences in Nigeria and Cyprus.

In Cyprus, Chinonso is repeatedly cheated, slandered and beaten. He receives an unjust four-year prison term. Once freed, he’s again penniless. His face is swollen with scars; his body battered from rape. He knows, or senses he knows, that the love of his life now belongs to another man. His quest for justice goes unanswered. Inside, the rage for revenge, of any kind, grows deep.

How then, does Chionso’s tale close? It doesn’t, at least not in full.

The broken youth’s chi, which has been recounting Chinonso’s sufferings, seems at first glance to have lost its way. Given its host’s suffering, how can it chant for compassion and forgiveness? And yet it does, lamenting that “someone may have been killed.”

By Chinonso? Through error or driven by rage?

In this many-layered tale of warring cultures, such a carefully crafted, open-ended finale resounds with full symphonic force. It lets loose the looming, inevitable weight of tragedy.

Early on, when Ndali’s father asks what he does for a living, Chinonso demurs. He feels like “a man whose extremities were bound and was then thrust naked into the central arena of a village, with nothing to hide himself.”

By the end, he is more naked still, nothing gained for his hopeful fall-guy adventure.

This is a powerful story of an ancient civilization pushed to the brink, and beyond.