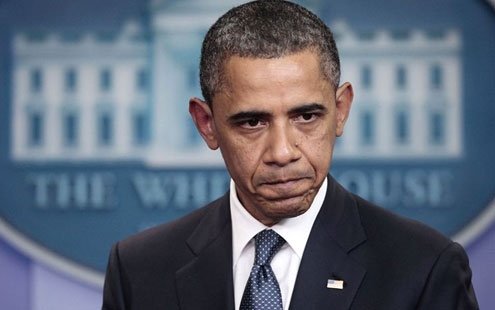 Reality and expectation are not one and the same.
A

fter his 1992 defeat at the hands of Bill Clinton, outgoing incumbent George Bush neatly identified the source of his undoing. It wasn’t just that the American economy had shriveled, which it had, but that Clinton had at his disposal what Bush called “that vision thing.” If Clinton projected the smart-alecky confidence of a man in a hurry, Bush seemed to many like a used car. So America traded up.

Bush’s 20-year-old lament seems pertinent at the end of a presidential campaign in which a number of commentators — those resistant to partisan hyperbole — have rued the “drying up” of President Barack Obama’s vision. The man who four years ago seemed to some like vision’s stalwart pilot (and to others like a Satanic “intruder”) now looks and sounds not only vulnerable but also plebian, independently of the result of the coming vote.

So who then is the “real” Obama — the one who successfully channeled the static electricity of 2008 or the wizened incumbent who four years later, whatever his support, seems to fully satisfy no one.

The answer is neither.

More than any candidate in recent history, and certainly more than Bill Clinton, the Obama of 2008 was the sum of a vicarious “vision thing,” the exhilarating likes of which — complicit mass media — the U.S. had literally never seen. Passionately, at times illogically, a community organizer-turned-Democratic politician from Chicago was transformed into a walking envoy of progressive zeitgeist, a postmodern exemplar, a central piece of the machinery of some imagined future. He was no longer just a potential president but a surefire breakthrough. Adults impregnated this dashing and eloquent black man with pent-up sentimentality and wept wildly at their own capacity to feel.

As a result, a lucid and capable politician, but a politician nonetheless, entered the most scrutinized office in the world on the coattails of immense expectation (and also considerable resentment), his “Yes We Can” moniker feeling like something bigger than what it was, a paid-for slogan.

Like it or not, his promise was inferred, fate-like, from the circumstances of his unexpected availability, and underdog drafting. For the smitten, and many were women, his shortcomings began the instant unconditional romance was transformed into marriage, which carries a different set of demands and expectations. Courtship eclipsed, the union struggled to find even-keeled substance. Lovers were disappointed they did not (and could not) feel as they once had; haters were galvanized into remembering the source of their original disdain, whether racial, religious or ethnic.

Yes, Obama policies mattered, including the divisive health care fight and the controversial bailing out of down-spiraling Wall Street goliaths. But both battles were fairly typical of a first-term incumbent trying to learn his new job while shuffling a stacked deck and knocking up against vested interests, a tussle that historically puts compromise ahead of boldness.

Yet Obama wasn’t just any bold newcomer. Unlike Clinton, and more than another upstart, John Kennedy, he was expected to behave in keeping with the fable that had made him king. He was implicitly expected to stand astride all that was messy, a political man who was nonetheless larger than politics. For once, the zeal of a presidential ascent was to remain intact and untarnished by disillusioning mishaps. Obama would not, could not, welsh on his torch-carrying promise, since to do so would mean acknowledging an opportunistic side a great many people had worked hard to pretend did not exist.

When he did welsh, particularly when he hedged on liberal cornerstones, he did more than disappoint. He alienated. Ill-tempered supporters claimed no longer to recognize him. Frothy detractors, lathered into high gear by government spending, burrowed for labels and decided he was socialist, an absurd but easily digestible definition.

Yet what he really was, and remains, is simpler, namely an irrefutably political Democratic president who has served an average first term and is desperately in search of a second one, using any and all means to ward off a uninspiring challenger who has capitalized on both the socialist propaganda and disillusionment born mostly from exaggerated expectations. Whether American voters wish to renew their 2008 vows, particularly the fence-sitting skeptics who backed Obama four years ago, is still anyone’s guess.

In his inauguration speech, Obama both wisely and unwisely inserted the phrase “a new age.” Its wisdom was its teary-eyed appropriateness as America and the world applauded a nation’s legendary capacity to renew itself, at least cosmetically. Its downside was that there is no new age, only new figures in an old age, who, like anything fresh, briefly shine as anticipation incarnate, until the morning after turns one page, then another, and pretty babies grow into occasionally withering teens, and the vision thing, while still remembered, even fondly so, is recoverable only in a dream.