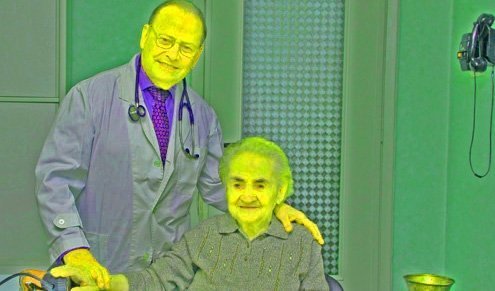 Tales of Napoleon can make your wait more endurable.
F

orget guidebook platitudes: visitors to Italy need to know the country operates on a different numeration system than most so-called advanced states. For example, in Italy, two and three come before one. Natives know this implicitly, just as they know that being 10th in line is no different from being first or 31st. Conceptually, numeration falls into roughly the same category as traffic lights, long mocked as amusing excuse to put up malfunctioning Christmas lights every block or so.

Away from Italy for a time, I foolishly switched to the Anglo-Saxon approach, in which one means first and priority seating actually indicates some form of priority, however dubious.

This American approach was mercifully “cured” by an Italian cold that saw me scurry to my local doctor fearing I might have the flu. Prompt by nature, arrived first in his studio, or office. A receptionist gifted in the art of scowling immediately honed her skills. I was 10 minutes early, she told me. Though the door was open, the office was not. Chastened, I offered to stand outside but she allowed me to sit. I then took a number. “Number one for Doctor Peace.” I was proud of myself for securing this prized number, even if it was a scrawled square of withered cardboard. I then sat down to make, and wait for, Peace.

The doctor, due at 5 p.m., didn’t arrived until 20 minutes later, by which time a gaggle of eager patients had entered the room, most greeted by the now-charming receptionist, who had recognized some of the regulars. This mini-crowd seemed determined to occupy the chairs nearest Peace’s office, if not mill immediately outside his closed door. I was unworried. I had number one, a cardboard ticket to priority boarding and first class treatment.

Among Peace’s suitors were an elderly man, age approximately 200, and his older wife. They whispered avidly about their many and pleasant encounters with Napoleon. A second group consisted of a ruddy-faced uncle, wheezing, his sister, also wheezing, and two other unidentified “associates,” one dressed in a fireman’s jumpsuit. They hissed to each other and, of course, wheezed.

When Doctor Peace finally made his long-awaited appearance, opening his door and saying, “please, your numbers,” the Napoleonic couple jumped (relatively speaking) to attention. I waved my number at them, and at Peace, to no avail. Tales of the revolution had won out. This was fine — I’m polite to those who predate Bolshevism — so I waited my “turn,” knowing if one wasn’t one, then two could be one.

After 20 minutes Napoleon’s guard emerged and again made for Peace’s door. At the threshold the fireman and the three wheezers intercepted me, making a phalanx around me. Peace recognized them, or appreciated their numbers (or number, three), and waved them through. I returned to my chair, resigned.

The reception asked, “What number do you have?” apparently forgetting our ancient chat about early entry.

Forty minutes later the wheezers filed out. Just as they did, number four — a young woman — rose to strike. This time I fought for my cipher. After more than an hour I was at Peace, but no less with cold.

Peace looked at my number and shook his head. “You’re the number one!” he announced in cheerful if heavily accented English.

Not in Rome, I replied.

No, he said, and smiled, anywhere but Rome.