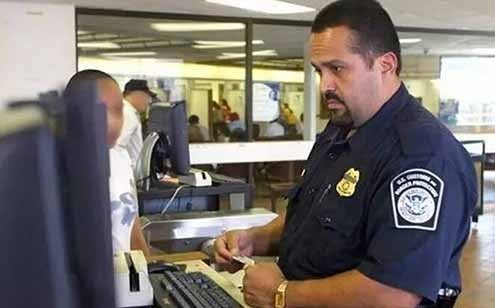 If you've expatriated, a Certificate of Loss of Nationality is an important travel tool.
H

allelujah, you’re free! In June, you gave up your pesky U.S. passport and now you’re on the brink of that long-awaited vacation to Yosemite National Park, a trip you’d planned for your family before expatriating. You’ve arrived at LAX and you’re finally at passport control.

British passport in hand, you think you’re all clear. Until the customs official notices you were born in Cincinnati. Now he wants to see your U.S. passport or your State Department issued Certificate of Loss of Nationality (CLN).

You turn around and meet the eyes of your Scottish wife. She’s holding the hands of your three small children. Behind her are hundreds of passengers waiting to get through passport control. A sweat breaks out on your brow and indignation swells in your chest.

That damn American bureaucracy keeps getting in your way, you say to yourself, and yet by all that you hold dear you’re sure you’re in the right.

You turn back to the agent ready to give him a piece of your mind when somehow, in the nick of time, you remember a remark by your brilliant U.S. lawyer in Rome before you decided to expatriate.

You’d asked him when you could sell your apartment near the Pantheon without facing American tax burdens. Italy, you knew, didn’t tax gains on real estate after five years of ownership. The U.S. has no such rule and would effectively nullify that tax advantage – if, that is, you remained a U.S. citizen. You’d been paying Italian income taxes for a decade, which made the U.S. levy on your Italian home seem unfair.

Your lawyer had outlined the two steps in the expatriation process. The first was to renounce your U.S. citizenship and give up your U.S. passport (those who live outside the U.S. must do so in a consular office). You then needed to close your position with the Internal Revenue Service.

Tax issues were critical because you needed to sell your Rome apartment to raise funds for a larger one to accommodate your growing family. According to your lawyer, under IRS rules you’d still be treated as a U.S. citizen for tax purposes until the CLN was issued.

Anything regarding immigration and travel, he added, would fall under the Immigration and Nationality Act. Under the act, you stop being a citizen for immigration purposes the day you relinquish your U.S. passport, which the CLN confirms.

Reflecting on all this, and knowing the law is on your side, you take a deep breath and give the agent a knowing smile. You calmly let him know that you relinquished your U.S. passport in June but haven’t received your CLN as yet.

The agent listens carefully. He nods, opens your British passport, flips through some pages, and stamps it decisively. “Welcome back to the U.S. Sir, he says. “And thanks for not getting upset. Some folks do you in your situation. Next time, though, carry some proof that you gave up your passport. It will make things easier.”

You nod at the agent and look at your wife, who has overheard the conversation. You possess the pride of a Master’s winner at Augusta National, your new green blazer fitting perfectly. You then turn your eyes to the Ground Transportation sign and, with the Mormon Tabernacle Choir bursting throughout your body, you sing “Hallelujah” inside and switch into vacation mode.