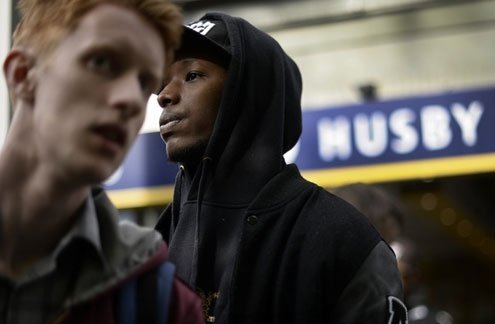 A week of May rioting in Stockholm may have shown integration problems, but failed to dampen the country's underlying progressive attitude to citizenship and citizenry.
A

s I boarded my Oslo-bound plane, I decided the time had come to pay tribute to a cluster of Nordic countries that have profoundly influenced my life. Not only do I see Copenhagen, Oslo, and most recently Stockholm, as second homes, but they’ve also helped shape my outlook on life and law and how I define right and wrong.

I’m not exaggerating. I was born in Oslo, and spent my formative years — 12 to 16 — in Copenhagen. When I went off to university in England, my parents moved back to Oslo, where they both worked until my father was posted to Stockholm in early 2013.

I’ve spent many summers, winters, and weekend breaks in Nordic countries. I worked and interned in Oslo for two summers and made friends with people with whom I shared those summer experiences. So what was it about those countries that drew my parents, of Italian and Swiss origin, to Europe’s most northern point? Surely it wasn’t the climate.

I’ve pondered the question many times with my father, whose discovery of Ernesto Peternolli’s 1964 “Grammatica Svedese” as a small-town Italian teenager would eventually lead him to a lifetime in Scandinavia. The simple grammar book made him infatuated with Swedish language and culture. So much so that his confounded father locked it up to ensure his son worked on his neglected homework instead of looking up Swedish words.

But that didn’t stop my father (who still has the book). Lo and behold, off he went to Rome where he studied Swedish, with later stints in both Sweden and Denmark. After graduating, he landed in Oslo, and his love of Sweden quickly turned into a long affair with Norway, the country where he met my mother and had his children. It has always held a special place in his heart.

Through my parents’ work and friends, I’ve met many Italians who’ve felt a similar pull. But again: where does it come from? There can be no denying fundamental differences between Scandinavia and Italy, not just in climate but also in the way they view culture and life.

Scandinavian nations are hailed in terms of gender equality, work rights, opportunities, retirement benefits, and overall lifestyle. They are places where Europeans seem to struggle far less to find their place in society, reason enough to settle there.

Sweden has long ranked high on lists compiled by international agencies based not on economic output but on considerations such as health, sustainability, personal freedom, and choice, the backbone of so-called national wellbeing. “There is a strong sense of community and high levels of civic participation in Sweden, well above the European norm,” wrote the OECD in its latest “Better Life Index.” More than nine out 10 Swedes, it said, “believe that they know someone they could rely on in time of need.” In 2012, the World Economic Forum named Sweden the world leader in equality. Other Scandinavian countries also perform well in these ratings.

Yet no country or a region can be a utopia. Society is too malleable for that. Scandinavia has had recent problems, showcased by a week of immigrant rioting in Stockholm suburbs. The protestors complained about poor integration and weak job opportunities, proof that multi-culturalism is never easy, and certainly not a given. In recent years, Scandinavian states have seen a surge in immigrant arrivals from strife-torn Middle East nations, many of whom haven’t shown much interest in learning local languages or fitting in, preferring the customs they know. At another level, Scandinavian society isn’t the most open. It can be a struggle for international newcomers to befriend locals.

No doubt there will always be those who will challenge seeing these countries as “blue chip” or feel threatened by their openness and acceptance, insisting that darkness lurks beneath a sparkly façade — “Stockholm riots leave Sweden’s dreams of perfect society up in smoke,” headlined the London Daily Telegraph in the wake of May unrest.

Obviously I don’t accept that easy skepticism. I’m in love with these countries. I love the way equality is heralded and handled. I love it that their societies support the idea of woman having children and taking time off work to tend to them, a choice that’s respected and not threatened (a 2012 UNICEF report ranked Norway, Finland and Sweden among the top five global states when it comes to child well-being). Citizens pay for the choice, which comes at a price. But the priority sets an important European example.

No, Nordic countries won’t give you the same openness and friendliness to outsiders that you get in Italy, which is a uniquely absorbent and sociable country (unless the question turns to racial and gender issues).

Over time, I’ve become convinced that I’ll never be able to say goodbye to the north. Like my parents, I’m ready for a lifelong affair.