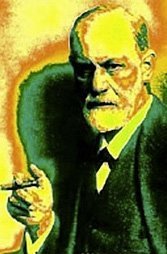 He said Einstein was considerably less important to him than, say, Freud...
O

n his 70th birthday my father denounced retirement. His company had told him he would not be retained beyond the next year as he was already well past the limits of conventional retirement.

He found the protocol absurd. “I have,” he said — pushing aside my overcooked Kraft noodles — “no intellectual reason to leave.”

In no position to argue, I nodded.

Despite his drab illness (cancer, whose post-op aroma was of antiseptic bandage), he dressed meticulously in starched white shirts that he laid out the previous night on the uncluttered apartment dresser. He tucked the shirts in tightly to keep his gnawing ribs at bay. Every day he wore a tie.

“I must get my bearings,” he told me, “because it is not easy for a man my age.”

A valediction of sorts.

I know because he showed me the letters. Early each morning he typed brief notes promoting his availability to edit, to write, to “remain productive in my waning days.” He drafted book proposals. He offered himself as a correspondent.

He sent these terse missives to friends in government and in the publishing business; to journalist friends like James “Scotty” Reston of The New York Times; to colleagues from Paris days like Theodore S. White, who had made his name writing a book called “The Making of the President,” about the John F. Kennedy campaign. White would write many more books in the same vein, all successful.

“Teddy is a shrewd fellow, very clever,” my father said. “He found a formula. I never had a formula.”

Nor did I, and I spent considerable time pondering life lived without a formula. I wondered, for example, if Einstein had the formula the whole time and awaited the right day to post it — or if, as a member of the shrewd fellow’s club, he’d had contained secrets from the start. My father said Einstein was considerably less important to him than, say, Freud, or even Piaget, which meant to me that there must be many more formulas. Intelligence grew at once hypnotic and sleep-inducing and remains that way four decades later.

I was, however, fiercely adept at licking my father’s envelopes (my spittle tasted of broken blister) and applying the stamps in the upper right hand corner. Maybe diligence could replace formula. But if that were true, why was my father failing?

Why was Teddy White explaining that the market was “saturated” with veterans? Why was Scotty Reston not answering at all? Boiling the limp Sunday noodles I smelled the adhesives of his illness in the snapping bubbles of salted water.

At times, though, he’d stun me with laser bolts few men knew to handle.

For the first time in human history, he said, mankind possessed weapons that could not be tested in battle — the atomic family — and their existence would eventually produce waves of roiling, tangential violence: more terrorism, more ethnic strife, more contained skirmishes. Because as much as the world reveled in institutional cruelty, the use of nuclear weapons would express the most improbable nihilism, one in which the virus kills its host and therefore extinguishes itself, resolving enmity but cancelling ambition. To ruin conflict was a suicide beyond evil’s broad reach. It would not happen, he added — not soon — but world war’s surrogates would heighten moral anxiety and batter the psyche as much as the body. In the nervous condition of being, he feared unspoken and unspeakable backlash.

In a swift and luminous aside over noodles he had fleshed out post-modernism, the implications of AIDS, and aspects of Jihad.

Not as sharp as his malignancies.

After the cremation, I called Scotty Reston. It was late in the evening. Reston answered directly. “It’s a sad thing, I know, how we can be discarded,” he said. We spoke a little more and that was that.

A few years later I went to see Teddy White in New York City. He had just finished a book about China. It would be a best-seller. “The truth about people of your father’s generation, and mine, is that all we have is the writing. That’s it. You stop and it all stops. So I’m trying to keep going.”

Reston and White are long gone, their names meaningless to most. My noodle-making days are also long gone.

Yet my father’s end came in my bewildered presence, when the steady trickle of letters ceased, when the typewriter stopped chattering.

That was the last formula, the only available one and the only one left. The letters were life-preserving.

And when the reasons for their writing died out, so did he.