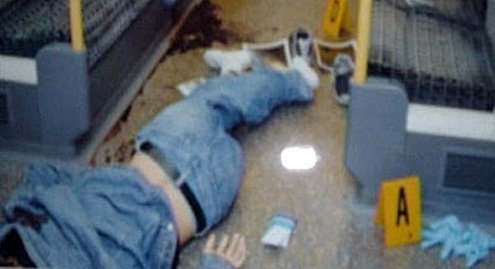 lease madam, you are British?” An Adam’s apple bobbing in a skinny brown neck. Eyes shining dark with a history sown with tears — and memories of a colonial past. “I am Jamil. I am so sorry.”

“The London bombing,” continues Jamil, answering my quizzical smile. “Those boys have shamed us, as Pakistanis, as Muslims. They did not act in our name.”

“I was accepted to study at Bradford, UK. My course begins in September but how can I apply for a visa now?” More tears well, and more memories — of dreams borne on a queen’s headed letter and hopes of an English-stamped future. Now dead, like those of 52 men and women in London and numberless, nameless, brown-eyed people across Iraq and Afghanistan.

Jamil turns before I can answer, and I slowly finish my tea before heading back to the meeting — a Commonwealth Press Association meeting on democracy and the media held in the lush hill station of Murree, where the British fled the sweltering summers of Rawalpindi, near present day Islamabad.

The irony does not escape.

“The most important role an independent press can play in a democracy is that of an impartial observer whose points of reference are fundamental rights and the rule of law.” That from a British expert on liberal democratic press freedom.

A flashback to the headlines, hysterical, scooping, “Terrorist shot dead by police.” Across the board the UK media, liberal, sycophant and Tory, revelled in the spotlight after four dud detonators and a public who, two weeks earlier, just wouldn’t bite — 24/7 news schedules pitted against the rather taciturn matter-of-factness that is the hallmark of London life. “Yeah, like, it was a bomb, but you know, life goes on, innit.”

He was brown skinned and living in a poor borough. He panicked and ran — who wouldn’t, given the febrile, feverish mood of the country and the trenchant sermons of their leaders (who immediately identified Islam and the Pakistani madrassas, or religious schools, as behind the unforgivable mayhem committed by four British men)?

How could Jean Charles de Menezes possibly have known that the four men in civilian clothes who shouted (possibly in a language he didn’t fully understand) and brandished guns were ‘fully trained’ police officers engaged in Operation Kratos (“the Greek god of Strength,” according to The Guardian in a breathless description of the Kochs and the Glocks and the ballistics and the uniforms in a manner reminiscent of my brother labouring over his Christmas list to Santa before toy guns were consigned to politically incorrect oblivion).

How could he have known, as they pinned him to the ground, effectively rendering him harmless, and shot him dead, that he was a mere teething problem in the great War against Terror?

Because that is what it amounts to. “Sorry,” said the police. But four killers will walk free. “Sorry,” said Prime Minister Blair. But he is silent on the inevitable rise in hate crimes against people with beards or headscarves. “Regrettable,” says London’s Mayor, Ken Livingstone. But, if you’re brown skinned and travelling in London, take a cab.

Flashback to the demonstrations in London and Rome. “Not in my name,” said millions of people. “I sincerely believe I am right,” says Mr. Blair — and his master, let’s face it, has God on his side.

Flashback to Yugoslavia, when it was Yugoslavia and when hatred was etched in the headlines.

No, Mr. Blair, sorry does not cut it when a young man lies murdered and my country is turning against itself.

And no, Jamil, it is I who am sorry. My government and my media, established to serve all Britons, Muslims, Christians, Jews as well as a dozen other faiths, or none at all, have shamed us all.