Noir, as in pinot 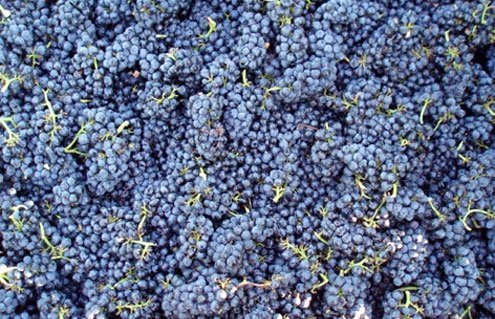 Haunting and brilliant and thrilling and subtle...
A

lexander Payne’s 2004 movie “Sideways” always makes me think of pinot noir. For the character Miles, it’s love at first sip. Pinot noir is “thin-skinned, temperamental” but also “haunting and brilliant and thrilling and subtle…” Only the “most patient and nurturing of growers,” says Miles, played by Paul Giamatti, can “coax it into its fullest expression.”

Miles’ excitement led me on a journey of personal discovery. Though Pinot Noir was born in Burgundy, it’s since been “borrowed” by vintners the world over. The grapes that produce some of the world’s most elegantly complex red wines are now grown in Italy, Germany, Chile, South Africa, Australia, New Zealand, Oregon, California and Israel.

Globalization offers its own surprise. I went to a party thrown by a young New Zealander who offered a bottle made by his family’s vineyard. His Coal Pit Pinot Noir (2006) was so intensely aromatic that I kept food out of the picture. I just savored the wine.

Pinot noir has no patience for national boundaries. The Kalita family invited me to try their Owen Roe Kalita Vineyard Pinot Noir 2008 (+/-$44) made in Oregon’s Yamhill-Carlton District. When they visited Rome, we chose Pinot Nero “Notturno dei Calanchi” 2007, produced in Umbria by Paolo and Noemia D’amico (€25-30). Then, in July, my roommate came back from Israel bearing 2008 Pinot Noir Vitkin Judean Hills.

After years of sampling, I finally decided on a more professional approach, attending a Rome pinot tasting organized by Italian Sommelier Association. The wines they picked were all priced in the €40-€60 range. The list was impressive. If you’re a pinot noir lover, jot it down:

The French wines were particularly impressive (I’ve decided to visit the town of Gevrey-Chambertin). But most exciting of all was debate, putting an exclamation point on Miles’ movie comments and reminding me of the Hemingway remark, “Wine is one of the most civilized things in the world.”