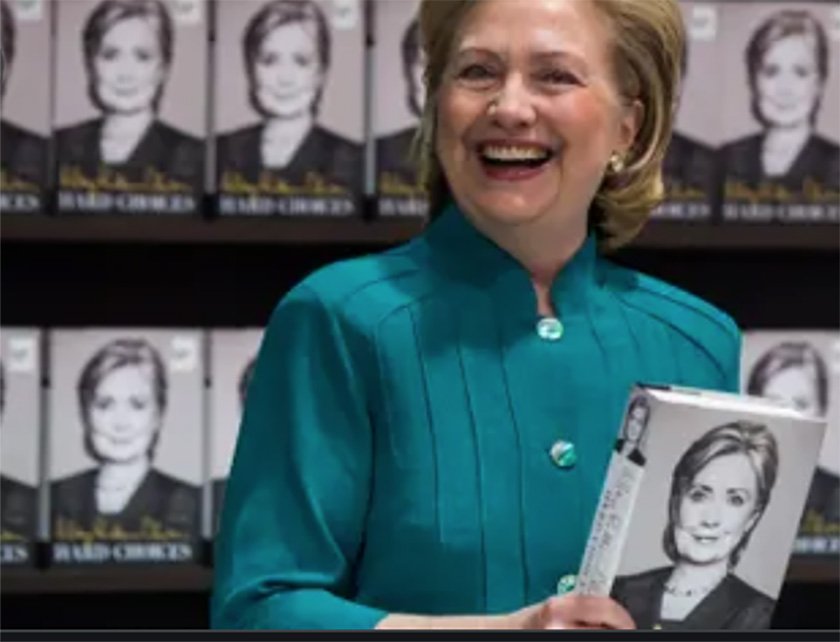 Fiction from celebrities who see writing as "fun" only works against those who see it as a craft.
D

oris Lessing stirred a literary tempest in the 1980s with an experiment intended to illustrate just how hard it was for an unknown author to publish a book. Although the future Nobel Prize winner had already acquired both commercial and critical success with global best-seller “The Golden Notebook,” she decided to submit a manuscript to her regular publisher under the name “Jane Somers.” No one on the receiving end associated Somers with Lessing and the book was promptly rejected

The Somers manuscript, along with another in which Lessing went by her assumed name, were eventually published by editors who were in on the ruse. But the Somers books never sold anything like the books that could capitalize on Lessing’s name value.

This is a useful bit of history in light of the press barrage surrounding new books from Sarah Ferguson (Duchess of York and former wife of Britain’s Prince Andrew), Niall Leonard (husband of the author of “50 Shades of Grey”), and Bill and Hillary Clinton.  None of them encountered Somers’s original letdown.

Perhaps these celebrities were already gifted writers who chose other career paths or whose work would have been published no matter what their names. Leonard is already a screen writer. Ferguson, in collaboration with mental health professionals, is behind many children’s books focused on vital topics such as bullying and grief. The Clintons’ many non-fiction efforts chronicles of their professional and public lives are commercial successes as well as part of the nation’s historical record. But fiction?

There’s no escaping the fact that the promotional barrage surrounding fiction by celebrities centers on names, not merit. That would not be the case for an unknown first-time novelist.

The Clintons’ case is particularly galling because their allies in their foray into fiction are Louise Penny and James Patterson, each a best-selling author.

There’s no escaping the fact that the promotional barrage surrounding fiction by celebrities centers on names, not merit.

I admit it openly: the attention their work is getting angers me. I have several friends with great manuscripts who cannot get a reply, not even a rejection, from agents or publishers.

Am I just bitter?

Yet none of this is new. Getting a book published has always been an opaque and humiliating process. Author John Kennedy Toole spent years trying to publish his satire about politics in the American South published, but failed. He killed himself in 1969, at the age of thirty one. In 1980, the manuscript was published as “A Confedeacy of Dunces” and won Toole a posthumous Pulitzer Prize.

Publishers dream of finding the next J.K. Rowling, and her Harry Potter, or Tom Clancy, with his Jack Ryan. At the same time, they treat the very people who are their bread and butter — authors — shabbily.

They ignore queries and often hold on to manuscripts for months, leaving the writer in limbo. How hard can it be to let an author know promptly that their work is of no interest and to try elsewhere? In what other industry would it be acceptable for a professional to wait months before telling a potential client that they have been too “swamped” to respond to mail?

Things have only deteriorated in recent decades with mergers reducing the number of publishers who can take on new and untried authors. It is widely known that editorial decisions are made by marketing staff rather than lovers of literature. Worse still, editors, once powerful in their own right, are no longer in any position to play hunches on unknowns (Hemingway once among them).

To contain costs and increase profits, publishers now expect authors to do work they once did. Authors must develop their own “brands”, promote themselves on social media, and set up tours and bookstore appearances.

Writing conferences are more about “entrepreneurship” than creating characters or plot.

Promotion and marketing are hard for anyone. They’re especially hard for people who have chosen writing as their life’s work precisely because they are not commercially minded and because they like staying home alone.

In a changing publishing environment, the attraction of big-name authors is understandable. Big names bring ready-made audiences, which can hedge a publisher’s investment. Celebrity authors come with tried-and true-branding developed on someone else’s dime. They probably have existing networks and even personal staff. This makes promotional work easier and cheaper for the publishing houses.

The Clintons — and other newbie celebrity fiction writers —remind me of “billionaire astronauts” Jeff Bezos, Elon Musk, and Richard Branson. They share an understandable desire to seek new challenges and fulfill old dreams. Unlike most of us, Bezos, Musk, Branson and the Clintons have the resources to fulfill their fantasies. They have the money and power to leapfrog years of grueling training and selection. Hillary Clinton said she decided to write a thriller because it would be “fun.” As it might be if your next paycheck didn’t depend on getting published.

Unlike other vocations, anyone of means can venture into writing. There are no “ghost” surgeons or second-career pro athletes.  If you don’t know anatomy or don’t have the physical attributes or training, you can’t decide to do so for “fun.”

And if you’re a billionaire or a Clinton why not revive that childhood dream of being something more useful, like a firefighter or nurse?

Celebrity authors and billionaires seem to assume the status, money, and power they found in their original fields —­ which took skill and hard work — entitles them to enter a new field at a higher level than other novices. And they may believe they deserve it.

I doubt Hillary has any idea how offensive to a hard-working and underpaid writer it is to hear about her “fun” new hobby. And she is probably also unaware that she hurts more than the tender feelings of embittered would-be novelists.

Books sold on their authors’ names instead of their literary merit crowd out lesser-known writers. When the Clintons — old hands at self-promotion — hog talk show time and newspaper columns, they consume resources potentially dedicated to authors trying to make their way up the ladder.

I could not find figures, but I doubt the Clintons come cheap. The kind of advances that a single celebrity such as Hillary expects could launch many serious aspiring writers, who in the end might be better investments anyway.

But such choices shut out people with fresh ideas. Some give up and walk away. Others never start. Who knows how many good books and authors like Toole are lost.

The brave do exist. Publishers who made small investments in the unknown J.K. Rowling and Tom Clancy made big money because they brought something new and inspiring to the market. This in turn pleased readers and filmgoers, studios and publishing houses.

In my childhood, you were jeered on the playground if you stayed too long on a swing or merry-go-round. As grown-ups, we call it noblesse oblige when we let others have their turn.

Bill Clinton’s “co-author” James Patterson donates generously to colleges and writing programs. Louise Penny, Hillary’s writing partner, offers advice to aspiring writers on her blog. Maybe it would be more helpful if that club got off the merry-go-round and gave someone else a chance.