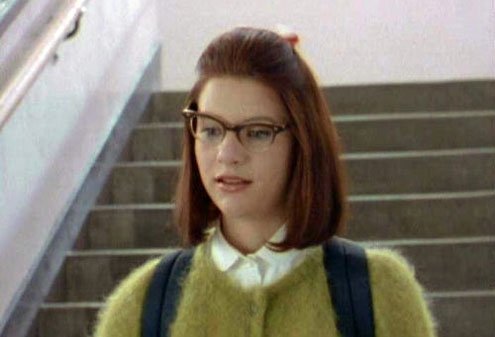 early three years in Italy have taught me to adapt to a variety of cultural differences. I no longer lust after a hearty breakfast of bacon and eggs, instead content with a pastry. I’ve become used to Sunday’s quiet desertion, remembering to do my necessary shopping on Saturday. It has become quite natural to order and eat an entire pizza myself, so much so that I am slightly perplexed when American visitors suggest splitting one. The bidet is no longer something to poke fun at the Italians for, but rather quite sensible. I’ve stopped wearing flip-flops.

Before moving to Italy the only American I knew who lived abroad was the wife of a distant Italian cousin who had spent the past two decades in Rome. Her utter absorption of the Italian culture and the Roman way of life startled me. She refused to prepare American dishes for her family and never celebrated Thanksgiving. She didn’t speak in English to her children, insisting Italian had always been more natural. When I asked if she ever missed America, she fixed me with a confused expression, her knife and fork frozen in midair. “No, why would I?” Now, however, as I notice my own assimilation, her response doesn’t seem so odd.

There is, however, one cultural quirk I have yet to acquire which is the Italian habit of freely speaking your mind. I’m not referring to views on political or current events, although Italians certainly enjoy discussing these (Berlusconi, naturally, is a frequent topic of conversation) but rather that Italians take no issue with communicating exactly the things that Americans are taught to never share or express, despite what your honest opinion may be.

This characteristic, so unlike my mother’s constant reminder to “be polite” has taken me aback on several occasions. “Your Italian,” a Roman friend of mine commented recently, “sounds really rusty.” She smiled at me kindly before turning back to her plate of bucatini.

As someone who already wonders if majoring in languages was a silly idea to begin with I often find myself going into a momentary panic, offended at first, then wallowing, followed by spewing out messages to several Italian friends proposing coffee dates to perk up my Italian. Americans would have most likely told a white lie or simply said nothing at all.

Being an identical twin also invites many questions and inevitably comparisons. When visiting my cousin in Turin after a year of not seeing her, an assessment of our appearance was rapidly delivered. “You’ve gained weight,” she told me, and “you’ve definitely lost weight,” to my sister, and later “Alexandra, you talk a lot less than your sister.”

There I was: the mute, chubby twin.

This year I’ve been told my new haircut isn’t as flattering as my old one and that I should stick to contacts instead of glasses. When debuting my apartment to friends after weeks of frantic Ikea trips and a feeble attempt to repaint the living room walls in my somewhat rundown apartment, I was told the curtains were brutte (ugly) and that the apartment non è messo bene (it isn’t in good shape).

There is, however, a silver lining to Italian honesty. Though at times jarring and uncomfortable, it does lead to a brief examination of self, or so I’ve begun to learn. Perhaps instead of watching six straight episodes of “Homeland” I should study the notebooks of Italian I once so eagerly filled in Bologna but now reside under a light sprinkling of dust. Perhaps I should try expanding my culinary repertoire past take-out pizza and stop procrastinating my gym membership. These observations have also strangely solidified my sense of self. Resisting the urge to critique my hair in the mirror, I reminded myself of how much I liked it when leaving the salon. My apartment may not be newly renovated, and the windows seem perpetually dirty and yes, agreed, there isn’t enough overhead lighting, but it’s cozy and it’s mine.

While I’m learning to adapt to the rather blunt approach of the Italians, I still can’t bring myself to dispose of my own filter. Meeting a friend for a coffee, she asks if I like her dress. It’s a bit too tight and the color doesn’t suit her. I’ve never been a fan of ruffles. She smiles, waiting expectantly.

I lightly sugar my cappuccino as I was taught, ordered at 11 a.m., an appropriate hour to consume said beverage. I am wearing newly purchased sandals that cover my toes. I think of the sad army of flip-flops lining the walls of my childhood bedroom.

Ti sta benissimo, I tell my friend about her dress (“It looks great on you.”)

She thanks me, we talk of other things, and I’m reminded that in some ways I’ll always be American.