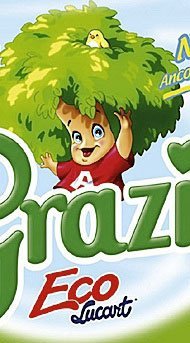 No swank in the bathroom.
I

hope nobody is eating breakfast while reading this — and I do realize this isn’t an issue of global importance. But I feel I must speak out on something that has been bugging me for some time now — well years, if I’m really honest. I’m talking about Italian public conveniences. Well, for a start, there aren’t any, or hardly any to speak of. And when there are, you rather wish there weren’t, as they are quite unspeakably filthy.

Now I’d be the first to admit that we have our faults in England, and goodness knows the same could be said of other northern European countries, such as Holland or Germany.

But can someone please explain why you cannot walk into a ladies bathroom in any of these places and emerge without having suffered a psychological trauma? In Italy, it doesn’t matter whether you’re talking about the loos in Fiumicino airport or on just about any autostrada between Milan and Palermo, you can bet your bottom dollar that a trip to the bathroom will be a gag-inducing experience.

I won’t go into details here, but let’s just say that over the years I have developed a set of extremely strong thigh muscles. It’s not just the hideous lack of any basic hygiene that I object to — it’s the total contrast between the way Italians behave in public places and the way they behave in their own homes, where just about every Italian woman I’ve ever met seems to spend a large chunk of her day mopping floors, cleaning bathrooms and scrubbing down kitchen surfaces. And it’s also the faccia tosta with which the owners of many bars and restaurants think it’s perfectly acceptable to have an eating and drinking area that is spotlessly clean — bartenders in Italy are rarely without a cloth in hand, constantly wiping down the counter and making the coffee machines gleam — only to have a bathroom which looks like a national health hazard.

I’ve lost count of the number of swanky bars I’ve been into in Rome only to be directed to a tiny broom cupboard when I ask for the bathroom, invariably with one of those infuriating sliding concertina doors that don’t close properly, and a loo with no seat, and, well, I won’t go any further. The person at the cash desk never bats an eyelid when you come out afterwards, looking green-faced. On a trip to the indecently pretty Cinque Terre recently, my seven-year-old daughter uttered the phrase I have come to dread. “Mummy, will you take me to the bathroom?”

Trying to choose the lesser of many evils, I opted for a pastel-painted pizzeria with polished wooden tables, glistening terracotta floors, and a smart-looking clientele devouring plates of pizza with pesto and drinking beer or wine from glistening glasses. The place was full of Italian and American tourists and must have been making a small fortune. I asked the owner, dressed in a crisply ironed shirt and impeccable designer jeans if my daughter could use the bathroom.

“Oh yes,” she smiled, her white teeth gleaming. “It’s the door in the corner.” I suppose I shouldn’t have been surprised, but I was, and my daughter was positively shocked as we pulled back the inevitable half-broken concertina door to find — a hole in the ground, with feet. “What on earth is that?” squeaked my daughter. “You might well ask,” I muttered darkly.

MY FRIENDS, perhaps understandably, laugh at my car, a very old and battered Ford Escort estate. They have a point. The paintwork is so scratched and dented that I happily leave it with the keys in the ignition, confident that no one will steal it.

The steep hills around Spoleto make it gasp and wheeze, and the hydraulics in the hatchback door have long gone, so that I have to wedge it open with a stick if I want to avoid being guillotined. I’ve tried explaining that where I come from, having an old wreck like mine is a sign of good breeding, and that having a flash car is dead common. But nobody looks very convinced.

What intrigues me is how just about everyone I’ve ever met in this country seems to have a brand new vehicle. Everyone pleads poverty. Everyone I know says they’re flat broke. They all blame the euro. One of my best friends spent the whole evening recently complaining that she and her husband would have to cut back and that they couldn’t go on holiday this year. Just over a week later, she turned up with a shiny new Mini Cooper. People tell me the secret is hire purchase, and that most of Italy is now living on credit. Me, I’m sticking to my old banger. As I said, it’s chic!