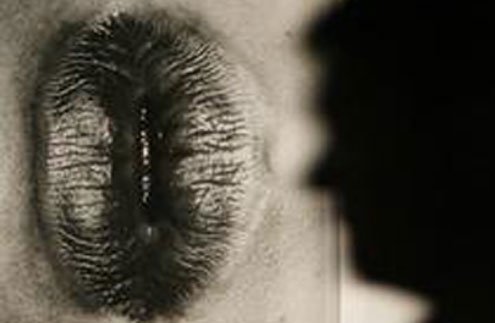 Simplicity was all Jad would ever offer me or any other woman.
A

fter a long and particularly dramatic relationship, followed by an equally long and ugly break-up some years later, I was mentally kaput. When friends asked if I would begin to date again, I scoffed. What I really want, I lamented, is sex and companionship with no strings attached. What was so wrong with that?

“You mean you want a booty call?” one of them asked.

“No, no, just someone to have sex with, date and nothing else. No futures planned, no expectations to crush and no relationship crud,” I explained.

Was that so hard?

Months later along came Jad. Aesthetically beautiful in every way, he was by far the best-looking man I’ve ever dated. A man virtually everyone, men and women alike, couldn’t help but take notice of. He wasn’t a tall man or a boisterous man or in any way odd. On the contrary, he was of average height, bald, soft-spoken with a thick Lebanese accent and aside from the brown flat cap he often wore, donned himself in mostly black. His lips were full, his skin was fair and his athletic body was that of a practiced yogi. Although it wasn’t his height or his build or his accent that had me entranced. It was the way he moved. The man oozed sexuality from every pore of his being without even trying. When he approached me, asking me out to dinner, I looked over my shoulder thinking the invitation was meant for someone else. His piercing brown eyes made sure I knew it was directed at me.

Mind you, I had long since forgotten my off-the-cuff comment about finding sex and companionship with no strings attached.

He was early to the restaurant whereas I, in typical fashion, arrived 10 minutes late, apologizing. He smiled, hugged me and told me it was really no problem at all. It was clear we liked each other. He was attentive, interesting, never let his eyes wander, and quite honestly one of the best dates I’d been on in years. Hours later we were still asking questions and discovering details of each other. He mentioned he had two children with different mothers, and remained friends with both of them. When I asked him why the relationships had fallen apart, he told me the bonds had never been tight enough to split. “I don’t believe in marriage or monogamy but I wanted to be a father,” he told me. Both were “a trap which ruins perfectly good relationships and love.”

Oddly, his candor appealed to me. So many men I’d met told me what I wanted to hear but their actions were completely contrary. I’d never been with a man solely for the purposes of simple dating and sex with no real future. There was always an underlying question of life-long compatibility and relationship status. Nothing was simple.

Simplicity was all Jad would ever offer me or any other woman. He didn’t beat around the bush when it came to his interest in me, outlining what he found attractive both physically and mentally. He explained that he rarely had both a physical and mental attraction to women, though it didn’t prevent him from sleeping with one should they only fill physical criteria. When he asked me to go wine tasting with him the next weekend, I agreed without a blink.

Jad and I would embark on a romance that involved not one string and revolved mainly around sex.

Having nothing to lose by being myself, I was nothing less. I didn’t care if he didn’t like my political opinions or my lifestyle or even my chipped nail polish for that matter. If I wanted to be sullen and serious, I was; likewise, if I wanted to be silly and goofy, I was. I didn’t try to impress him nor he I. We were 100 percent true to who we were.

I never worried about other woman because I knew the worrying would’ve been futile. At the same time, I never saw him text, email or even speak on the phone with another woman while with me. And we were with each other quite a bit. Sure, I knew there were other women, probably many of them, but it just didn’t seem to matter to me.

The relationship wasn’t typical of most sexually based ones, either. He never called late at night asking me to come over. On the contrary, though lots of sex was involved each time we saw each other, we also behaved as a couple. We went out to dinner, movies, long walks, had a few weekend getaways, and practiced yoga together either at studios or at his house. He’d cook traditional Lebanese food for me and we’d often have heated debates on environmental or educational topics, and when the debates ended, we’d go to bed for sex.

But we never cuddled. Not after sex, not while watching movies, and even though we held hands when walking in public, it was never a strong hold. To hold a hand tightly involves a string.

Until the day he asked me to come snuggle with him. He must’ve seen my apprehension mixed with surprise because he patted his chest and said, “C’mon, come lay here.” So I did. We ended up snuggling for more than two hours, talking about philosophy, children and life in general. As I got up to go to the bathroom, he touched my hand and told me that I was an anomaly. I kissed him, got up from his bed, and never returned.

The next day he messaged me to say that his daughter would be with her mother all week and asked me to come stay with him for four days. I told him I couldn’t, that I had my boys that week, though maybe we could just meet for dinner somewhere. Suddenly, we had a string, a conflict, and I knew we both felt it. And that wasn’t what we had agreed upon. So he said, “Okay” and I responded, “Okay,” and we never spoke again. It was all that simple.

I’m not so sure I could ever have that kind of relationship again. Sex without loving emotions and devotion can quickly grow stale. But I’m glad I was able, at least for once in my life, to feel what it was like to be completely free from all the questions and anxiety that being in love brings.