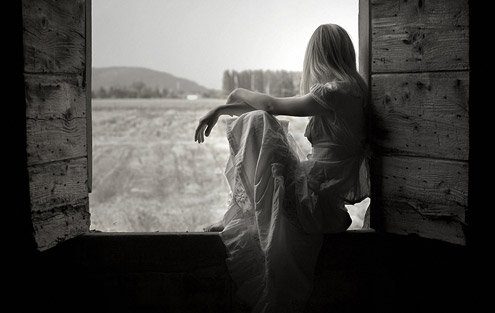 Wanting time to yourself while in an Italian group can get you in trouble.
W

hen I vacationed with six friends in Corsica in May, one of the first things we did was come up with a safe word.

We’d been good friends for five years; it was our fourth big trip together. We all looked forward to it for a year, not least of all because, scattered across two continents, we didn’t see nearly enough of one another as we’d like.

But we also were a staunchly Anglo-Saxon group of Australians, Brits, and Americans. Which meant that, with seven of us sharing a villa for a week, we knew we’d need a way to signal a time-out from the group — a way we could tell the others when we needed to be alone, without having to explain further.

We decided on “nutmeg.”

Of course, when you have a group of friends who recognize the importance of alone time, no one actually has to say the safe word. Instead, after a day of road-tripping around the island together, we’d pile back into our house. For an hour or two, everyone would sit companionably, but at separate tasks. Someone would cook; someone else go out for a smoke; others disappear into books, computers, or iPhones.

When glowing screens popped up across the room, we’d joke it was a technology break. Really, it was “nutmeg time.”

One day, when the others took a day trip to another town, I stayed at home. I did yoga on our balcony. I read a book. And I reenergized, just in time for the group to return home.

I didn’t have to explain myself: Partly because they’re good friends who know me well and partly because most of them also needed similar alone time.

And also because they came from the same cultural background as mine, one in which a need for solitude isn’t a character flaw or a personal indictment of anyone’s company — but instead, something to be valued, sought out, even considered the seed of peace, creativity, love. (Something emphasized even in the books we’re brought up on. Thoreau: “I have never found a companion that was so companionable as solitude,” Byron: “There is a pleasure in the pathless woods,” Brontë: “A sensible man ought to find sufficient company in himself”… and the list goes on).

Not so in Italy.

After my trip to Corsica, I traveled to Sicily with another group. This numbered 12 people, the majority Italian. Even though we, too, were sharing apartments, and although some of us had never met before, there was no talk of a safe word.

Safety, instead, came in numbers.

We did everything together. We all moved together, too, which, especially given the cultural propensity for lateness, brought its own set of challenges: The idea of just meeting a straggler, even one who was 45 minutes late, at the agreed-upon destination was unthinkable. We had, after all, to do the 10-minute walk or five-minute bus ride all together — even if it meant many minutes spent loitering at bus stops and street corners.

The first time we went to take the funicular, we realized that each funicular cabin held 12 people, the exact size of our group. But each cabin already was half-full. Since the ride only lasted five minutes, I hopped into one, assuming we’d divide up. That’s when I overheard one of our group asking the other tourists, already comfortably perched in their seats, if they’d get out and move to another cabin. That way, we could all be together.

Raising their eyebrows, the (non-Italian) tourists turned her down.

At the beach, meanwhile, when we lay with all of our towels touching and everyone chattered, I’d sometimes pull out a book or close my eyes. “Ah, Mandy’s sleeping again!” one of the Italians would say, jibe often accompanied by a joking pebble tossed my way. “Mandy, dai, non parlare più, we can’t get a word in edgewise!”

“Ha, ha,” I’d say, joking back, “and you have to stop being so quiet all the time, nobody knows what you’re thinking!”

I thought it was all in good fun. Sure, I could be a little quiet. And yes, sometimes I’d do my own thing. Even as a child, I loved finding a hiding place or secret nook, or diving into a book or my writing. And, when I lived in the U.S. and the UK, that propensity had never held much fascination for others.

So I didn’t think much about how it must have looked to this group. And then, on the last night, one of the Italians pulled me aside. He told me that, at the beginning of the trip, he thought I was bella, ma antipatica.

“Beautiful, but mean? Gee, thanks,” I said, laughing.

“Well, you know,” he said. “Not mean. But… non molto socievole. We thought you didn’t like us.”

“Oh, no, it’s not that…” I said, and paused, grappling with my Italian. Even in my own language, I realized, trying to explain the cultural differences regarding alone time was complicated.

Really, after all, I just wanted to say one thing: Nutmeg.