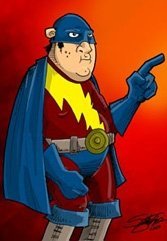 wonder if other readers have been in similar situations: At a recent dinner, a friend teased me about a man he had seen me skiing with. His comments were vulgar and silly and I responded by unostentatiously taking my plate into the other room for a second helping.

Ignoring the other guests excoriating his bad taste, he followed me to the buffet table.

“Dai, I was only joking,” he carried on.

“Whatever,” I said under my breath in English.

“Don’t get so aggressive,” he said.

A few weeks ago, a friend announced that as her Jewish friends aged, they became more religious and “militant.” Militancy consisted of a guest’s saying “No thank you” to a huge plate of salumi. “They should be more elastic,” she declared.

Perhaps she should be more elastic, I suggested gently, and avoid serving food she knew her guests did not eat — meat to vegetarians, pork to Jews or allergens to the sensitive.

“See, you’re just like my Jewish friends, so aggressive,” was her rejoinder.

Here is another: A friend has an annual Christmas party, which features gifts carefully selected for individual guests. These the host distributes with what he considers affectionate humor; “affection” and “humor” whose cruel bite has often embarrassed me. Quirks and foibles of guests are publicly mocked. No one has dared yet, but what could anyone say or do in response that would not be considered “aggressive” or inappropriate to the evening’s “friendly” spirit?

In each of these situations, most normal reactions are doomed. React and you appear bitter, self-important and lacking in self-irony. Do nothing and you’re a patsy. Display cool good manners and you’re a stiff, unyielding Anglo-Saxon. You can’t win. And that’s the point.

Attacks such as these, which occur in contexts that stifle or even prevent reaction altogether, are what my pop psychology books call passive-aggressive behavior. Making ambiguous sexual overtures and accusing the subject of over-reacting or reprimanding or criticizing someone before a superior are other examples. More commonly recognized examples of passive aggression are, says Wikipedia, “learned helplessness, stubbornness, resentment or sullenness.”

According to my amateur psychology library, passive aggression is a defense strategy that appeals to people who feel insecure and inferior, or incapable or undeserving of adopting more direct forms of assertiveness, attack or criticism. Indeed, it attracts the insecure or the weak precisely because it effectively prevents the object of passive aggression from fighting back.

In my examples, the aggressor struck first in a social situation framed by a rigid code of politeness; no raised voices or bitter sarcasm — and presto, our roles reversed. I became the big meanie who can’t take a joke and is aggressive to boot. I’m not sure why my skiing with a male friend should incite insecurity and vulgar teasing in the first place, but I guess with the twisted passive aggressive logic, my reaction is indeed an aggressive one. Go figure.

Perhaps passive aggression’s biggest allure is its deniability. Bring attention to it, and the perpetrator easily denies it all; who me? It is you who are “permaloso” or hostile. You’re the paranoid one who sees evil intentions in innocent gestures.

Passive aggression is endemic in Italy. Before you ask why I choose my friends I do, consider these examples.

Teasing is considered a high mark of friendship and intimacy in Italy. Either accept the Italian interpretation that it’s all in good fun and take it, or join the walking wounded.

They include the put-upon Italian mother and her resentful, unhelpful children locked in a lifetime-long passive-aggressive dynamic and the impiegato pubblico who slams the teller window shut and calls you aggressive when you mumble a protest is a professional passive aggressive. You can add the nonna who elbows ahead in line and accuses you of disrespect when you defend your hard-earned belief that no has a birthright to do (see family dynamics above). Passive aggression is enshrined as a national pastime by the public figure who makes offensive remarks in inappropriate places and blasts his critics for being humorless.

What makes so many Italians feel insecure and undeserving or incapable of using more direct forms of “assertiveness, attack or criticism”? While not professionally qualified to answer, I offer two reasons: the simple one is bella figura. Being mean doesn’t look good. The complex one lies in Italians’ uneasy relationship with power, paternalism and responsibility.

Many Italians dislike the ugly realities of human social organization, preferring to ignore our innate need for hierarchies, competition, exclusion and inclusion. Maintaining a façade of innocence of these realities means Italians lack visible, widely-accepted rules and channels for managing the aggression and competition inherent in even healthy social relations. Malleable and occult rules generate insecurity; insecurity generates passive aggression. Lack of transparent norms also encourages sabotage and subterfuge. This nourishes deniability, which is mother’s milk for people as responsibility- and risk-averse as many Italians.

So next time someone asks “Can’t you take a joke?” go ahead, be aggressive. Ask them if it really was a joke.