No final word on masks 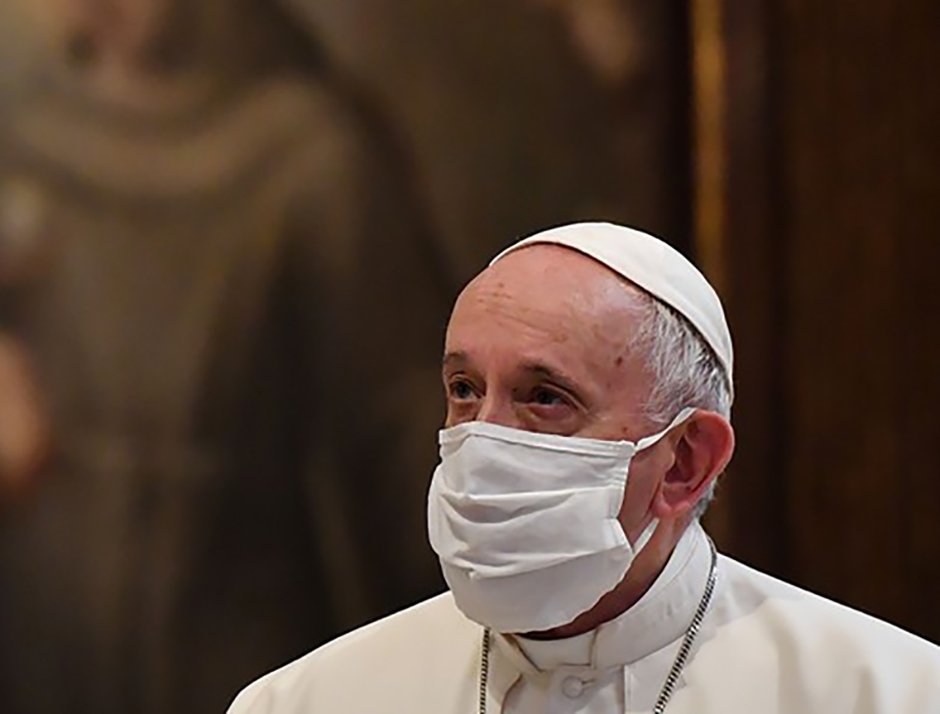 Pope Francis joined in the masked ball. But have they really heped?
I

t is remarkable, and not at all cheering, that a year into the COVID-19 pandemic there is no definitive word on the efficacy of wearing masks, which has become a standard piece of the anti-virus wardrobe in the developed world.

Along these same lines, the Centers for Disease Control (CDC) found that 85 percent of those infected with the virus said they had habitually worn masks before they became sick — a finding that former President Donald Trump manipulated to vindicate his laissez-faire policies, boasting that “85 percent of the people wearing masks get it,” a typically blatant Trump misstatement.  At the same time, there’s always fertile ground for such misinformation since there are no definitive answers about the efficacy of mask wearing.

Yet those same pro-mask counties almost simultaneously introduced and enforced other mitigating policies, such as strict limitations on public gatherings, shutting down restaurants, bars, and reining in most nightlife. The overlap makes it all but impossible to asses the impact of masks in any wider context.

Again, masks were part of an overall strategy and hardly ever measured without factoring in social distancing and closures.

There have been next to no random and controlled trials intended to extract coherent mask data.

One German study that compared regions that introduced mandatory mask wearing in 2020 with those that did so only months later reported that masks decreased COVID-19 cases by 45 percent, a significant figure. Alas, as in Tennessee, the most “virtuous” regions were also particularly quick to close bars and restaurants. They also required returning travelers to enter quarantine, once again undercutting efforts to specifically analyze the role of masks.

But the trial was unable to detect the nature of the mask’s effectiveness or lack of it. At the time the test was conducted, incidences of the disease were still low. Once again, the survey subjects were careful to maintain physical distancing.

Despite this, the study’s lead author later recommended systematic mask use.

I have repeatedly criticized outdoor masking for any number of reasons, including Chinese contact tracing studies and examinations of infection patterns following Black Lives Matter street protests in the U.S. Recently, many prominent medical authorities have also come to lean in that direction. The list includes epidemiologists Dr. Paul Sax and Monica Gandhi. Linsey Marr, an expert on the airborne spread of disease, and sociologist Zeynep Tufekci concur with this view. Israel, nearly the whole of its population vaccinated, no longer requires any masks outdoors.

Even the CDC, in its first major loosening of restrictive guidelines, said the vaccinated no longer needed to wear masks while outdoors.

Slowly but surely, the mask era is ending, but just how effective masks were and are may remain a mystery long after this contagion ends.