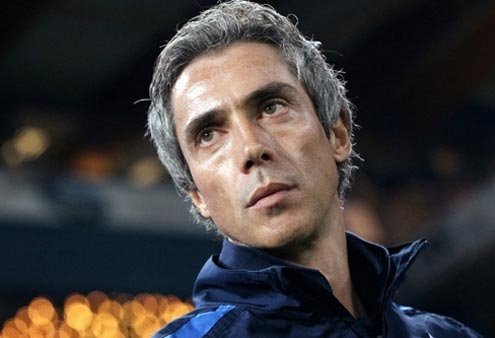 A deal to coach in New York fell through because of work permit woes.
W

hen Portugal’s Paolo Sousa introduced himself to English football as manager of Queens Park Rangers during the 2008-09 season, more people had heard of his exploits on the pitch than in the dugout.

His glittering playing career as a defensive midfielder saw him become one of a select group of players to win the Champions League in successive seasons but with different clubs. His 1996 success at Juventus was immediately followed by further European glory — his new team, Borussia Dortmund, edged out Juventus in the final.

Sousa’s time in Germany was cut short by injuries, which would haunt him for the remainder of his playing career. After a year in the treatment room, Sousa returned to Italy with Inter Milan and briefly Parma, but neither stint proved as illustrious as his two years in Turin, where he also won the Serie A title, domestic cup and Italian Supercup before claiming Europe’s biggest prize.

He also earned international plaudits, his 51 caps putting him alongside the likes of Luis Figo and Rui Costa at a time when the Portuguese national team was witnessing something of a rebirth.

But when Sousa arrived in West London to take over the QPR’s reigns in November 2008, his CV was bereft of any experience in club management. What he did not lack was international experience. Three years in charge of Portugal’s Under-16s were followed by a brief period as assistant first-team coach to compatriot and former Manchester United number two, Carlos Queiroz.

Sousa oversaw mixed results with QPR, bought in 2007 by Formula One magnates Flavio Briatore and Bernie Ecclestone. The club’s new owners had already sacked John Gregory and Luigi Di Canio. Sousa would only complete 26 matches at the helm before meeting the same fate.

A QPR statement explained his departure as punishment for divulging sensitive information without permission. Behind the scenes was a tussle between Sousa and management over its failure to consult or even inform him about an arrangement that had sent striker Dexter Blackstock on loan to Nottingham Forest.

Sousa bounced back, enjoying a fine campaign in charge at Swansea, where he took over from Roberto Martinez and continued the Welsh club’s progression up the football pyramid with a seventh place finish in England’s second division, their best league showing in 27 years.

Sousa’s achievements with the Swans is often overlooked (“the forgotten man of the Welsh club’s resurgence,” the Independent wrote in January), since most of the club’s current Premier League success attributed instead to Brendan Rodgers and Martinez, who both oversaw promotions en route to the country’s top tier.

But Sousa played a vital role in maintaining the club’s momentum at the Championship level. He continued to embrace the team’s attractive passing style, engendered by Martinez and is still evident today under former Danish International Michael Laudrup.

Having seen his stock rise, Sousa was lured into joining Leicester City, which harbored serious aspirations of promotion to the Premier League with the arrival of Serbian-American business tycoon Milan Mandaric. But a poor start to the season condemned him to the sack after just nine matches and a solitary victory, leaving the Foxes at the foot of the table.

Sousa has since plied his trade in Hungary, as manager of Videoton FC, who he led to two Super Cup successes and a League Cup during his 18 months in charge. Family reasons were cited as the reason behind ending Eastern European adventure, but a swift return to management looked likely when New York Red Bulls registered interest. But Sousa was unable to land a work permit.

Sousa’s career so far has shown three basic characteristics. First, he is amenable to travel; second, his gifts as a manager have been repeatedly underrated; third, he likes football that relies on passing. In four years of coaching, his teams — overall — have won nearly twice as many games as they’ve lost. In 2012, when Sousa’s Videoton qualified for the Europa League on his 42nd birthday, he called it “the most beautiful birthday of my life.” Chances are more that even more auspicious celebrations lie ahead.