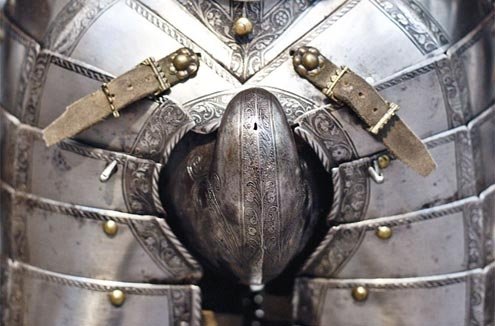 don’t have a penis, but as the mother of two boys and the wife of their father, I find myself surrounded by them — and often dumbfounded by them as well.

Because with male genitalia comes the male mentality. And both those heads often leave me shaking mine in disbelief and thanking the stars above I have that reasonable X-chromosome.

When we were teens, my mother once told my sisters and me something that stuck. “Girls, a man’s penis is so important to him it’s all he can think about. He would use it as a knife and fork to feed himself if he could.” Though I’m pretty sure all the psychotherapy I’ve had over the years was warranted, I’m also convinced I got the gist that men are wired differently than women. Women don’t constantly ponder the activity of their vaginas.

When I was 11-weeks pregnant my gynecologist asked, “Do you want to know the sex?”

But he had seen a penis. He had also looked for a penis because, well, my OBGYN has a penis. He was thrilled. So was my husband. I think they hugged and double kissed. Same thing during the second pregnancy: 11 weeks and the penis appeared.

Then, from the moment my kids were small, they took every opportunity to yank on it. Diaper changes were a time to check in with their ding-a-ling. Bath time was full of penis puppetry.

They did their thing and I let it go. Their junk was no business of mine.

Then came the dreaded day when the pediatrician scowled, “Signora, did you know that it doesn’t open?” She was referring to my son’s uncircumcised bird below the waistband.

I had no idea what she was talking about. This was his father’s domain. We were sent to an urologist who would possibly perform a circumcision.

I entered the office with all the males I live with. My husband was sweating as my older son dropped his drawers.

The doctor checked out the goods and said, “Signora, it will work itself out. Don’t touch it.” Amen brother. I won’t.

We were just about to leave when my younger son started whining, “What about my pisello?”

I highly doubt he would have protested if his brother were having teeth extracted, but the doctor kindly obliged and said the same thing, “Don’t touch it.”

I wanted to say, “Wanna check out my husband and make it three-for-three?”

But sometimes being a good partner requires me to self-censor. So I just giggled to myself while all the Y-chromosomes stared at me curiously.

After that visit, I was content knowing that I didn’t have to pay any mind to their skits and skadoodles.

Until yesterday, when I saw my three-year-old playing Ninja. He stripped down to his skivvies and got suited up as he saw Ninja fit. He made an armband out of a red ribbon that came off a chocolate Easter bunny, fastened a hair clip to his elastic waistband, and started jumping and kicking and noisemaking against the bad guys.

I loved seeing imagination in overdrive, and, as a trained actor, I relished his wardrobe choices and physicality in developing his character. I praised him for his commitment to the role and continued with the task at hand.

Somewhere between boiling the pasta and doing the laundry, I caught a glimpse of a three-year-old flying head first from one couch to the next. But it wasn’t the physical feat that bothered me. I noticed something jarring. His package looked rather large. Actually, it looked enormous. Had his tallywhacker sustained an injury and swelled to extreme proportions? Or had he developed elephantitis of the testicles? (Parenting Note: Pay more attention to second born.)

I ran toward him (nothing inappropriate people; just good old fashioned concern) to check him out. And gasped: No injury, no testicular elephantitis, just one prosthetic penis make-shifted from playdough — blue and yellow to be precise. To say the effect was realistic (and unsettling) would be an understatement.

“What the…” I exclaimed after inspecting it.

I grabbed the warm mound of yellow and blue clay out of his pants. It hadn’t been in long enough to morph in to the color green but it had been there long enough to “cast” my son’s bits and pieces.

I didn’t know whether to trash it or put it in his baby book. What’s the protocol for penis memorabilia? Pregnant women cast their bellies. Should I save it? Should we reuse the clay?

Finally, because I’m not a man, I got tired of all this pensive penis stuff and tossed the clay in the wastepaper basket. And never looked back.