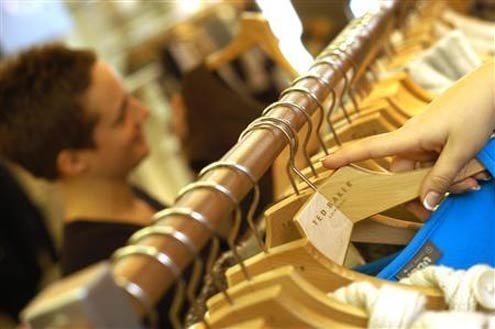 Be prepared for withdrawal symptoms from American shopping entitlement.
W

hen in Rome, ignore any faint echoes of the American mantra, “the customer is always right.” Fail to and you’ll find yourself disgruntled by what most Americans would consider obvious breaches of sales etiquette.

If you implore, “But what about customer service?” expect a long pause and a blank stare. Then, “No, no, no. Non esiste.” (Doesn’t exist). This is how customer-care or, more precisely, the lack thereof, works in Italy.

The consumer-cultured American can’t imagine the buying and selling of goods and services that benefit anyone more than the customer. After all, he or she occupies the center of an ad-cluttered universe.

In the United States, people upload photos of months-old, stained Cole’s pants that they’ve managed to return without a receipt. College students buy expensive dresses for an event, end up partying all night, then return them a week later-slightly damaged and still smelling of smoke.

In Italy, tourists who confine themselves to areas crammed with smiling merchants eager to sell their wares may initially come away feeling it’s all business as usual. But if consumers dig a little deeper they’re forced to confront withdrawal symptoms from the kinds of entitlement on which they’ve grown to depend.

Italian merchants forbid returns on practically everything; only recently have some stores implemented a one-month return policy. Once I tried to take something back not 10 minutes after I’d made the purchase. The saleswoman looked at me as if I were out of my mind, then said, “Non si fa così.” (That is not how it works).

I was dumbfounded. Was this discrimination? Was it my broken Italian? Didn’t she know that the customer is always right? I composed myself and asked, “May I speak to the manager?”

Don’t ask that. Ever.

Whether out of disbelief, stubbornness or habit, I continued trying to make returns at various stores; certainly one of them would have a first-world customer service policy. But each time I received the same incredulous looks and waving dismissals. “La prossima!” (Next!) I usually walked out with an acute sense that my existence-and my money-was utterly inconsequential.

So much for retail therapy.

In a clothing boutique, you must be careful about even touching the garments. Removing something that’s hanging or, worse, unfolding anything, may result in an employee shooting daggers at you with her eyes. She’ll likely march over with an air of superiority, whisk the item from your hand and begin folding it back up-with slow, exact movements-while you stand there with your mouth open.

In all fairness, folding is practically an art form in Italy. But if you want to rummage, you’re definitely in the wrong place. There are no Tar-Zhays in Florence. Take solace at Zara or H&M until you get the hang of things.

Don’t think, “I’ll try this on at home, and if it doesn’t fit, I’ll just bring it back.” Or, “Well, if he doesn’t like it, he can exchange it.” No more swapping a gift without a receipt for something you really want.

Window-shopping is common, but if you enter a store you should know what you’re looking for and have a clear intention to buy. Italian sales clerks prefer to consider their own merchandise and offer you options. Any uncertainty causes problems. The clerk becomes frustrated and you’re trying to be agreeable when he presents you with unseemly choices.

I’ve entered stores with a feeling that I was disturbing the sales representative (often the owner) and left feeling guilty for trying something on and not buying it. Forget about entering a dressing room with six plus items only to leave them behind in a heap.

Italy marches to the beat of a different drummer, and the customer is most often out of step.

— An American expat, the Florence-based author is an adjunct professor of media and psychology, a freelance writer, a bacon-eating vegetarian, and an ADD survivor.

About the Author: Christie Barakat