News of his death 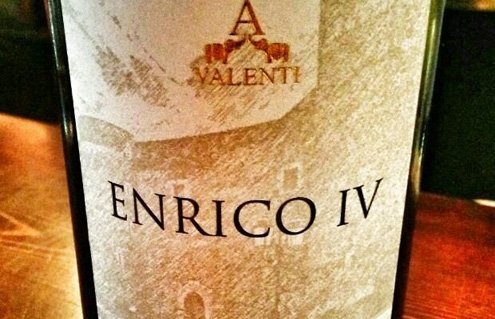 If you're not familiar with Etna Bianco, a good place to start.
T

hrough the haze I made out the man at his desk, belching smoke and hammering on the old Olivetti. I called out, “She’s in Florence, Johnny. Ricky called me this morning.”

“The dead guy’s lawyer.” I flapped a hand at the smoke and coughed.

Cigar clenched between his teeth, “Dead guy needs a lawyer?”

“She lives there. They were separated.”

“Va bene, Pescatore. Take the next train. Find out what she knows. If you can get her to talk.”

“In your dreams,” said Anastasia, slipping around me to drop a stack of papers on the big man’s desk.

Johnny coughed up a laugh. Anastasia giggled. Must have had a good time the night before.

South of the river, back in the hills behind San Miniato. Taxi stopped at the address I’d got from Ricky. I rang from the street. A woman’s voice wanting to know who was I. “Pescatore,” I said.

I heard a click and the gate popped open. I pushed in. Dirt road underfoot, dust rising as I made my way down the grade, tall yellow grass on either side. Silvery leaves and gnarled gray bark, ancient olive trees, weeds growing high in the shade beneath them. Nobody taking care of the trees. Not for a long time now.

The house was ancient, stone shedding flakes of ochre plaster. A path led through shade to a dark door, opening.

Shake of the head, hair drawn back, eyes deeper than wells in the dead of night. “Lo Porto, Lucia. Piacere.” A quiet smile as she held out her hand.

“Come in, Mr. Pescatore. Alessandra’s gone out. She asked me to meet you.”

“Right. And you are … Lo Porto, you said? The winemaker?”

She hesitated. “My family’s in the business.”

“I write about wine.” I gave her the name of the rag in New York. “Your whites have an excellent reputation. They’re very hard to find.”

“Then you’ll have to come to Sicily.” She swept a hand toward a black leather sofa.

“There’s no need to rush,” her eyes grazing my face. “The yields are low, we sell out every year.”

“But it’s a crime to waste words on lousy wine.”

“I have none of my own to offer you, but Alessandra will have something worth writing about.”

I watched her back as she padded away across the carpet, moving like a hunter on the prowl, hungry for love, hungry for Pete.

In your dreams, Pescatore.

The huntress came back with a late of plump olives, two chilled glasses and a bottle of Etna Bianco. “My neighbor makes this one. It will do for a start. Will you stay for dinner?”

Over octopus salad and Etna white, talk turned to the widow and her dead husband, a surgeon shot in the face in Milan.

“Terrible news.” I shook my head. “Any idea why they shot him?”

Black eyes spat fire. “I knew you weren’t here for the wine.” She held up a hand. “Just what are you here for, Mr. Pescatore?”

“He’s here for the murder.” Cold voice behind my back.

I turned. A face the color of ashes, streaks of charcoal round her eyes, gray hair spiked and frazzled. “Mr. Pescatore, I presume?”

I stood to greet the widow, said how sorry I was to hear of her loss.

A strange chill settled over the evening. Sometime after nine I picked up a call, got up and wandered out into the garden under the ancient olive trees. “Hey, Stazz. What’s up?”

“Are you there with her? With the doctor’s wife?”

“Wrong, Pescatore. They switch ID. Dead guy somebody else.”

I stowed the phone and ran back inside. “Guess what,” I said. “Your husband’s alive!”

Deadpan silence. The winemaker broke it. “I knew it.”

The un-widow reached for a glass of wine, drank and sank her head in her hands. I shifted my gaze to Lucia Lo Porto.

“The news of his death?” A grim smile flickered in her eyes. “Too good to be true.”

The wine that night: Valenti Enrico IV Etna Bianco DOC 2014. Flavorful, distinctive, hints of strange fruit, but nothing too sweet. If you’re not familiar with Etna Bianco, this is a good place to start.