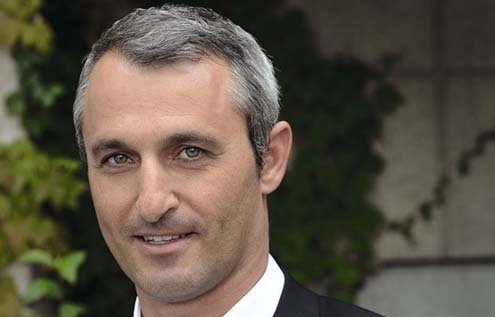 With a youth spent between America and Israel, and studies in both literature and psychology, Nevo offers a unique take on his country’s complexes. His tripartite novel is backlit by fiery wars, border tensions, memories of the Intifada, a society’s slide from ethical to financial priorities, and, finally, anti-government youth demonstrations in Tel Aviv streets. For added fictional clout, his soul-baring speakers each dramatize one of Freud’s stages of individual mental activity: Id, Ego, and Super-Ego — one for each floor. And you don’t have to be a Freudian to absorb the impact of these first-person accounts.

Nevo’s first floor — Freud’s Id — is overwhelmed by primal urges and desires. The job of the second floor Ego is to mediate between these raw instincts and a third floor Super-Ego that lays down rigid, and repressive, behavioral rules. The monologues even have a semi-psychoanalytical ambience. At a moment of deeply confused desperation, each narrator chooses someone to whom everything can and must be confided. Only the narrator speaks. By cunning default, every reader becomes the “listener.”

First floor finds young couple Arnon and Ayelet, who have two daughters. Irrational suspicion of his elderly neighbors, Hermann and Ruth, leads Arnon to suddenly unleash a torrent of enraged, aggressive impulses. Though Hermann and Ruth have often baby-sat the younger couple’s youngest daughter, Arnon grows convinced that Hermann is secretly molesting her. When the old man and girl appear to go missing, Arnon sets out to find them, and punish Hermann.

This situation cannot end well. Arnon, who served as an officer in the First Intifada, is a warrior who knows the shadings of violence. Yet his acts will make nothing right. Significantly, he invites an old army buddy with a troubled war past to a restaurant meeting. There, he pours out his misery to a silent listener who might understand.

On the second floor are Hani, husband Assaf and their two little boys. Dedicated to business success, Assaf often travels abroad for work. Alone with their children, Hani feels that her “self” is falling apart. The childhood friend who had always supportively understood Hani has left and now teaches in America. To “converse” with her, Hani writes a letter recounting her disorientation, adding the details of a critical recent event. When Assaf’s brother Eviatar fled police and clients he’d bilked of life savings, he desperately knocked on a door Assaf had vowed he could never enter. Finding Hani and the children alone, Eviatar had begged her for two-day refuge, until his scheduled flight abroad. Seeing his despair, Hani made her own decision; she let him in. This first self-determination is her turning point, not without risk. Putting the two-day account to paper, Hani realizes she loves Assaf but will never tell him about this Eviatar episode. She completes her letter by announcing she’ll now combine family life with return to her premarital job. Once more, taking charge of self.

To floor three, where a Super-Ego and Id conflict comes to resolution through development of a richly renewed, functional ego. Sixtyish, widowed and retired Judge Dvora still “talks” to her dead husband Michael, famed among judges. She always deferred to his rule-guided opinions, even on her own cases, and even when he kicked their teenage son Avar out of their home. Dvora lived with and obeyed a Super-Ego, whom she will now confront — this time on equal terms.

She’s found an old telephone recorder, with Michael’s voice inviting the caller to leave a message of up to two minutes. Once more she speaks to him, not for advice, but to describe the exciting turn her life has taken.

Perhaps it’s unassuaged yearning for her son Avar. Or the now-constant presence on TV of young, courageous, anti-government student demonstrators in the Tel Aviv center. She decides she can at least add her presence to theirs. But in the center’s heat and confusion she faints, waking in one of the demonstration’s emergency aid tents: the one for psychological assistance. Identified as a former judge, she’s recruited to help the amazing number of “talk-over” sessions the young seek. Soon, she’s drawn into a series of unexpected events in which her own decisions will lead to new life.

To his eye-opening microcosm of Israeli society, add Nevo’s talent for plummeting character emotions, and his ability to project powerful, credible voices. This is in every way a fine and original novel.