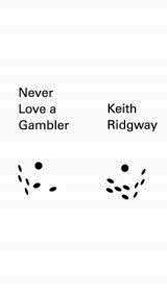 “Details compel me,” says the young assassin in the third of three shimmering stories. Details also compel Irishman Ridgway, whose work too often resides to the side of celebrity suspension bridges. But Ridgway is his own quiet star. He does things his way. His prose is taught, welts of words about people who are the sum of the ugliness around them. And few do the ugly as well as a good Irishman. In the title story, Dodo Fitzgerald and her son Jimmy try to escape the wrath of gangland enforcer Mossie, a thug who is after Dodo’s husband — the gambler — to collect a debt. But escape is meaningless in claustrophobic Dublin. Foul smells predominate: in a pub, in the hair of a stinking dog. Ghosts are in nooks. The weather fouls itself. For Dodo, thugs and wailing are a way of life and Ridgway tosses her out as a prizefighter might deliver an uppercut. A child called Kilian she calls Killin, and it fits.

In “Shame,” a 19th-century Irish manservant is haunted by dreams of an unfaithful wife. “I might myself, in the essentials, be elsewhere,” he says, and he is. The shame is both his and those of his employer, whose plans for a new customs house will dispossess those that live along a reeking river. If a Turner watercolor knew to describe a waterway’s rank underbelly it would speak this dreamy, hopeless language (“There’s a wetness in the morning, and the sun not working right…”)

Which leaves the amoral assassin of “Kinnder and Ross.” Young Kinnder, who works for Mr. Ross, enjoys how things are named and how they smell. Pale flowers, he says, “have a scent of elsewhere oranges.” But it is Kinnder, like the manservant, who is elsewhere. Kinnder also likes counting – numbers are “easy company and good for the mind,” so he picks one and works downward, after which he slits a throat and reflects on the number 23. Details compel him, yes. As do pubs called The Lost Child and The Broken Pony. As do Mr. Ross’ killing orders, which Kinnder follows to the number. Whores, lovers, children, enemies. “Whatever horror takes place in the world is never enough,” muses Kinnder, listening as someone embroiders the details of his crime. “It will be puffed up until it shocks, and so the audience writes the plot, demanding teeth marks.” In Ridgway’s plots, heartless outcomes are perfectly harvested. This is carnivorous writing that brings Poe forward into Irish time.