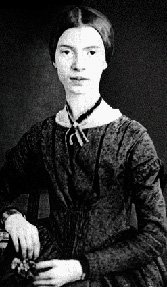 I'm Emily: I write lots of cool poems! Be my friend!
M

y first year in Italy was a sabbatical, which meant I had all the time in the world to write letters. Real letters, written with pen on paper, folded neatly in thirds and sent snail mail in the belly of an aircraft. On my daily strolls around Rome I’d find a place to relax for an hour or two, take out my notebook, select a “contact” and begin writing. Sometimes I’d write a page or two. In more dire moods I’d perhaps write six or seven longwinded pages. Once I mailed an 11-page monster to a girl in New York, trying to entice her to visit me. I was hoping to get lucky. I never heard from her again.

When I returned to living a normal life — a full-time job and a live-in girlfriend — my letter-writing ground to a halt. I nostalgically dashed off a few quickies, but my heart was no longer in it. Besides, what was the point of writing letters if no one but my mother ever replied — and then only with an envelope bursting with magazine articles, recipes clipped from Gourmet and snapshots of my toddler niece?

I admit I had a romantic attachment to letters and found email a poor substitute at first. I was fond of saying things like, “Can you imagine reading the collected emails of e e cummings? What if Emily Dickinson had had a Gmail account? Literature is dead!”

My friends wrote me off as a hopeless Luddite as I lamented the loss of my teal 1967 Olivetti (which has hopefully found a welcome owner somewhere in the Five Boroughs). Soon enough I began to recognize the effortlessness of emailing, archiving and — yes —spamming my life into tight little folders. No more waiting around for a reply that may never come, checking the mailbox once a day for that thin white wisp of hope.

Now I monitor my email account — both of them — with the regularity I once afforded only to a runny nose. Three, five, 10 times a day I find myself clicking on my inbox, the dopamine flooding my frontal lobe in anticipation of some long lost message in a bottle to wash up on my megabyte shore. But that was only the beginning. Today, with Facebook, all that Proustian daydreaming has become a reality, and a virtual one at that.

As soon as I signed up, I realized half the people I’d ever known were already users. A feeling of comfort washed over me, like being home after a long trip. In fact, the past six years in Europe have only reinforced the need for illusory contact with people who have — quite naturally — entered and exited my life with alarming frequency. I was even happy that some of them had disappeared. Now I’m desperately trying to dig them up, as if their reappearance alone could erase years of distance and indifference.

Sending friendship requests is the backbone of the Facebook experiment, which makes it a sort of cross between Gmail and a blog — a Gblog, if you will. As you gather up new friends you can do such things as graffiti their walls, throw wildlife at them and send them growing plants. “Marc threw a polar bear at Ilana” and “Simone wrote on Bob’s wall” are the sorts of things that keep you abreast of what’s going on with your inner circle. You can jump in any time you like with a comment or an octopus, or create your own group that caters to a political affinity, personal interest (I recently joined “What Would Lou Reed Do?”) or anything else you can dream up. It’s pure fun and a great way to stay in touch with people you would never address an email — much less a letter — to.

Of course, the Book has its detractors. Some people find the friendship magnet disturbing. A skeptical user asked me recently at Thanksgiving dinner, “Who in all honesty can boast of having 300 friends? And wouldn’t it be better if we organized real events instead of becoming members of Facebook groups?”

That some people have friendship galaxies that number in the upper hundreds of even thousands is pushing it, I agreed, though much has been said about the effectiveness of so-called grassroots networking during the recent elections. But the question she posed is legitimate: isn’t this all just vanity?

After the initial neural orgasm of high-fiving my old chums, I’ve discovered that not much really happens. A friend has seen a concert. A friend of a friend has uploaded a video. My sister has sent me a photo of my niece. So-and-so has befriended so-and-so and so on. It’s all there on the notice board, waiting for me to tap in and add my two cents.

Sure, it plays to your vanity, but Facebook will surprise you by putting you in touch with various branches of your increasingly ramified existence. It’s can be a life raft for those whose lives resemble a perpetual displaced persons camp, shuttling back and forth over intercontinental flotsam. But it will not change your life. That, as Rilke said, you must do yourself.