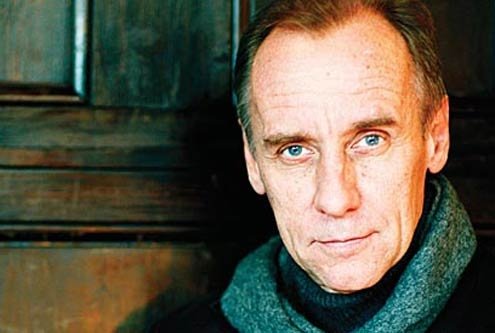 or readers who like their crime annals in a lit fiction format, sample Swedish mystery mogul Håkan Nesser’s newly translated “Hour of the Wolf” (Mantle: London, 2012). In the seventh installment of his best-selling Chief Inspector Van Veeteren series, Nesser curves beyond straight police procedural. His complex protagonists and narrative arc ride on a double-layered carousel. He sheds a few welcome rays of light into the all-too-predictably-Gothic Nordic noir.

Not that any Northern mystery quite escapes those long, dark nights. Nesser’s title goes to underbelly of ancient European folklore. The pre-dawn hours from 4 to 5 a.m. are the ones in which wolves roam. It’s an hour that murders sleep. A moment when — for killers and cops alike — all nightmares become one.

But as a Nordic change-up, Nesser introduces some neatly upbeat tricks. For starters, he shrewdly sends 24/7 pessimist Van V into early retirement, and off center stage. Enter younger Chief Investigator Reinhart, in a balanced role. He’s quick quipper in a cop shop. And, like many in this cast, he enjoys casual, uncomplicated sex… totally consoling. Sitting together at the breakfast table during a particularly bad detective moment, his wife casually murmurs: “Maybe we should just go back to bed.”

Not to say that crime tales aren’t a nasty business. Reinhart: “You have to agree with Strindberg and feel sorry for the human race.”

Nesser’s CI switcheroo might be subtitled: how to market your newest book as part of an established best-seller series while retiring its over-heavy lead. (If only to stage-side.)

For the murder of VV’s son soon determines the brooding Chief’s return… as Reinhart’s shadow helper in the police procedural. Neither man guesses how rapidly it will become serial-killer hunt.

While playing-off two quite different Chiefs, Nesser gives even his bit players individual strokes. They assume rich human texture, and the smell of life. Among his cop shop actors are the ever-hungry Rooth; the puzzled Jung; the clever and overly-dedicated lady detective Moreno, who daily heads for a warm, relaxing pool swim.

Extra reader plus: Nesser can write. NB: the smart grabbers starting chapter one. Opening line: “The boy who would soon die laughed, and sat up straight.” Next page: “The man who would soon kill somebody couldn’t wait to get home.”

With these two sentences HN establishes his tension. He then runs parallel story lines. One focuses on murder, its subsequent investigative techniques, and the detecting team. The second narrative tracks the killer’s mental and physical deterioration. As he jettisons from an everyday, sane existence, into violent, delusional psychosis. Killing once by pure accident; twice choosing the wrong victim.

It’s a nicely tricky tale set in the fictional town of Maarden, where place and character names are often Dutch, though the locale could as easily be in Holland, Germany, Sweden… So: a mysterious setting within a mystery. Whose police investigation classically stalls when three murders present no cause-effect clues. And if two of the investigated deaths are due to full-head bludgeoning, there’s no other pattern to the criminal profile. No link between corpses. How can VV, Reinhart and squad catch a killer without an apparent motive?

Meanwhile, narrative #2 details the total what, when, and where of the three murders. Police may muddle, but the reader is gleefully a few steps ahead of them. Following the killer’s delusional self-justification. Weren’t his actions destined by accident and fate? More and more he reflects on the “billiards theory.” In which billiard balls, once set in motion, have no alternative but to roll in a given direction. He was, he decided, just such a billiard ball. More victim of fate than perpetrator.

As bodies pile up, the reader is rooting for the pros to finally uncover a meaningful clue. Eventually provided through follow-up witness questioning. By chillingly grim ex-chief VV. Of course.

A psychologically engaging and innovative crime novel. And a page-turner. Shedding an occasional human and bright relief in those long northern nights.