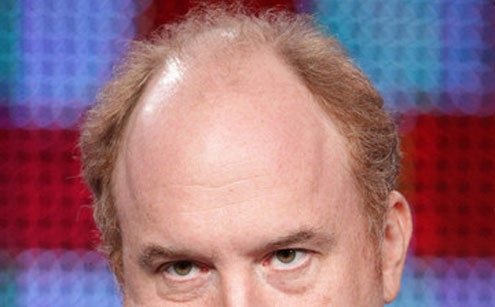 t seems unfair to talk more about an emerging auteur’s influences than what it is that makes them original. But I never realized how much the world needed a new and modern Woody Allen until I saw Louis C.K.’s short films and avant-garde television show. The comedian, actor and director has not only reinvented the concept of the sitcom with his Emmy-nominated television show “Louie,” but also redefined what it means to be locked inside the warped mythology of New York City.

Allen and C.K. (born Louis Szekely) are not carbon copies. There are no coy one-liners about staring into the soul of another student in metaphysics class. Yet the stylistic parallels between the two New Yorkers seem fated — almost as if C.K. was molded to pick up where Allen left off years ago.

Both are unabashed surrealists (Woody Allen finds himself speaking to Humphrey Bogart in “Play It Again, Sam” (1972) while C.K.’s trips to the dentist find him eating bananas beside Osama Bin Laden in the desert). Both share a penchant for reenacting scenes from their childhood, each time portraying himself with a different red headed boy. Both prefer a jazz soundtrack. And both are unlucky with women, an enduring theme that seems to shape every self-deprecating moment of their lives.

Yet where Allen’s more comedic films (“Annie Hall”, “Manhattan”) showcase the nebbish actor yakking himself into a neurotic frenzy, C.K.’s work comes across helplessly graceful, depicting life’s bizarre cruelty to the tune of a quieter song. He sighs more often than he whines. He’s also assured of what disturbs him, eschewing popular ironic tropes in favor of sincerity. Truth be told, his biggest debt to Allen is really more of a stylistic one: in classic Allen form, the opening titles of C.K.’s short films and television show are always in the same distinctive, white, Windsor-esque font.

What betrays the visual simplicity of those titles is CK’s panache for the deceptively non-sequitur. In his short film “Hello There,” a businessman presses “play” on a vintage reel-to-reel tape recorder adorning his neck. “Hello there, do you have the time of day?” the recorder asks a perturbed woman. Later, at a boardroom meeting with other recorder-bedecked associates, the businessman’s tape sticks while laughing at his boss’s joke. Shamed by the technological faux pas, he jumps out the skyscraper window to his death. One last tape recording plays as he falls: the scream of a man belly-flopping to his death.

These punch lines are sobering, but it’s impossible not to laugh. Is C.K. satirizing the dull mores and mimicry of modern conversation? Or just poking around the corners of the collective subconscious? It seems pointless to read too much into his work. C.K.’s gifts are obvious: offering the rest of us a delightful 21st century update on Allen’s philosophic humor. Rather than tickle the intellectualism that Allen both loves and deplores, C.K. shoots at their feet to make them dance.

But the most compelling question C.K. raises is whether or not television can be considered art in the same manner that film is. After years of stand up comedy tours, guest spots on late night talk shows and sporadic film directing (remember 2001’s “Pootie Tang”?), C.K. finally kicked off his sitcom career with HBO’s “Lucky Louie”. It was canceled after the first season, despite its subversive take on the “All In The Family”-esque situation comedy (the show featured nudity, as well as frank discussion of sex and other controversial topics).

That cancellation isn’t something to mourn given the limitless imagination of his current show “Louie” on FX. Episodes view like short art films. Written, produced, directed by and starring C.K., its asymmetrical narrative structure often combines two or three brief sketches in a 30-minute time slot. The grimmest example may be the recent, “Bummer/Blueberries,” episode. Louie, en route to a date with a superficial young woman, watches as a truck decapitates a crazed homeless man. A now staid Louie spends his date frowning through dyspeptic lines that range from the poetic to the awkward: “We’re constantly on the edge of existence and nothing”; “You could be shot by a gun guy … [or] die from a disease thing.” His date splits when she learns it’s all because he saw a man lose his head.

That sketch is followed — no explanation why — with Louie dropping his daughter off at school and being propositioned by another student’s milquetoast mom for no-strings-attached sex. The affair teems with Daddy issues. Louie sleeps with her anyway, but the point here isn’t that he wants sex badly enough to do it with anyone. He’s too kind to say no even when the red flags are flying. When Louie gives in, he shoehorns us into the darkness we never thought we’d want to see.

My favorite “Louie” moment involves a car trip with his young daughters to Pennsylvania. “I’m bored,” one of the girls repeats ad infinitum. Louie tells her that’s a useless thing to say.

“I mean, you live in a great, big, vast world that you’ve seen none percent of. Even the inside of your own mind is endless; it goes on forever, inwardly, do you understand? The fact that you’re alive is amazing, so you don’t get to say “I’m bored.”

Then Louie rocks out to The Who’s “Who Are You.”

It scares the shit out of his daughters.