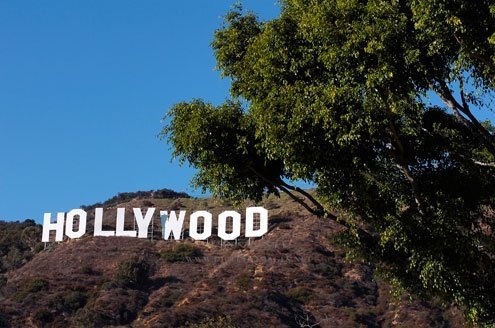 he children stopped talking among themselves the moment I told them I was from America.”Americana?” a few asked, their eyes widening. “Voglio vivere in America… I want to live in America!” several said.

I was sitting in a circle with 20 Neapolitan school children at a scuola media, a middle school, in Soccavo, a Naples neighborhood. They looked at me expectantly, waiting for me to tell them about the wonders of my home country.

All I could think about was how bad espresso tasted in the United States. I racked my brain for something else to say.

“Well, I really like Naples,” I said. “I’m trying to become napoletana.” The children stared at me, confused.

Somehow when my Italian instructor said we’d be visiting an Italian school as a field trip, I thought we were just going to observe. Apparently we were actually supposed to speak to the children – not a strong point of mine in English, let alone in Italian.

I reached for a plastic globe for help, plopping my finger down on my home state of Washington. “Sono dello stato di Washington,” I explained, pointing. “It’s on the other side of the country from Washington, D.C.” (This is often a point of confusion for people in Italy, I’ve found.)

A hand shot up. A boy, about 10 years old, asked me about whether I thought the Brooklyn Bridge was a wonder of the world. He had a star-struck look in his eyes.

“Yes,” I said slowly. “But I haven’t seen it, because I lived 5,000 kilometers away.” I pointed to the globe again, placing a finger on Seattle, and another on New York City to emphasize the distance. He looked a little disappointed.

The whole experience reminded me of conversations I have daily with Italian adults about how beautiful America is and how much they want to go there. My landlord and his wife honeymooned in America for a few months and can’t wait to go back, they tell us regularly. Every Italian in my neighborhood seems to have at least one shirt emblazoned with “Hollywood” or “I [heart] NY.”

New people we meet will get excited when we tell them we’re from America, proceeding to tick off the American cities they’ve visited: usually Miami, New York, Los Angeles, Washington D.C., and sometimes San Francisco or Las Vegas. All huge metropolitan cities, all “belissime,” they say.

I always find myself wanting to tell Italians about everything that lies between New York and Los Angeles: places where you can drive miles and miles without seeing another soul.

I want to tell them about how it’s normal in America to pull up to a window to buy coffee and food with minimal conversation, and how there usually aren’t shops or restaurants within walking distance of people’s homes. And good luck finding a tomato that tastes like a tomato.

But what good would that do? It would be like if they told me a bunch of negative things about Naples. I’d still love it anyway.

While Americans dream of traveling to France, Spain or Italy, southern Italians dream of going to America, it seems.

In fact, many apparently have seen enough movies featuring American starlets going about their day-to-day jobs in Prada heels that they even seem to idolize American fashion.

“You look very American today,” Luigi said to me. It stopped me dead in my tracks. I looked at him blankly.

“Everything I’m wearing I bought in Italy,” I told him. “Purse, shoes, coat, dress. Everything.”

It wasn’t until later in the day that I understood he was trying to give me what he thought was a huge compliment. The same kind of put-together fashion that I associated with Italy was what he thought of as American.

Three months later, I stepped off a plane in the United States wearing a similar outfit.

Clearly, it’s easier to revere what’s foreign than appreciate what you have at home.

I guess I’ve found another thing that Neapolitans and I have in common.