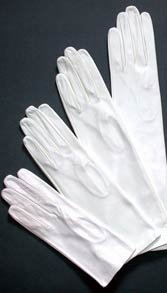 You had to have these, honey, or you just weren't dressed.
W

hen February rolls around, I am always reminded of a certain debutante party to which we were invited, my college roommate and I, young, innocent, but deep in the discovery that we could actually leave our hometowns in Texas (Houston; Jacksonville) and escape from the wild west into an even wilder and golden west: California. We drove straight through for 48 hours and ended up in Berkeley where I was about to embark on a third university year, and more.

There were poets in the City Lights Book Store, “pigeons on the grass, alas” (Ginsberg? Corso? Can’t remember), would-be writers and artists, dancers and stoned students in the Café Méditerranée on Telegraph Avenue; there were exciting teachers and crazy new friends who were definitely not in Kansas; there was raucous youth and resistance movements and bra-burning and Joan Baez; there were musicians in the living room staying over for days just to jam and groove and all those things musicians did in the 1960s and 70s when they had a free rug to lie upon. And, there was pot.

I only mention grass because it was more accessible in greater quantities and cheaper than any other mind-altering substance, so smoke we did. We even inhaled.

But we also made trips back to visit family in Texas and tried to appear straight and sane. Berkeley left a patina on one’s psyche that we thought was evident to all, but maybe not. We were still invited to holiday parties and debutante balls (yes, Virginia, they actually used to have things like that in the South) even though we had that funny look about the eyes that people get when they see the light. And there’s one Houston Valentine’s bash I remember best.

My best friend, Nan, and I shopped for dresses we thought appropriate and came up with hers in slinky jersey, slit to the thigh and mine a kind of see-through salmony chiffon thing to the floor that went great with long, white kid gloves. You had to have those, honey, or you just weren’t dressed.

In we sashayed, after a quick puff on a joint outside the… where? Country club? Someone’s house? Can’t remember. But there we were with a sumptuous buffet spread out like the yellow brick road and a beautiful, shapely spiral cut Virginia ham beckoning us onward to disaster. The pot kicked in.

Nan was never one to wait for the bell to ring. She headed for the ham, long dancer legs showing through the split and I followed in my orange slink, taking in the little caviar canapés, the trays of champagne and the Houston junior-leaguers looking askance at our breach of manners; the buffet had not yet been formally announced.

I shall always treasure the slow-motion sight of Nan slapping a slice of pink, shimmering ham on to her long white kid-covered palm as the other hand reached for the condiments. She covered the slice with a layer of Dijon mustard and continued spreading right up to her elbow, reveling in the color, the texture, the smell of it all.

Houston’s finest stopped sipping, frozen in sheer shock at the California prodigals. Did we actually invite them, they seemed to ponder?

I was in hysterics by now, laughing to beat the band and loving every raised eyebrow around me. The effects of Berkeley would never get us on the A list again. But those years, that Valentine’s, were only upstaged by a Valentine’s Day many years later, when I married, going straight if not always forward into a future still filled with slit dresses and crazy moments but the only pot on the table a pot au feu or penne all’arrabbiata. I like it that way, but yellow mustard on white kid gloves still gives my heart a jolt.