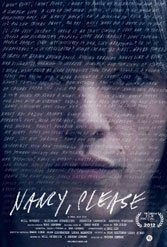 Andrew Semans’ disturbing little first feature opens with Yale doctoral student Paul (Will Rogers) who — already at a loss — plunges into full-bore irrationality when he can’t recover his annotated copy of Dickens’ “Little Dorritt” from Nancy (Eléonore Hendricks), his ex-roommate in New Haven. Seen moving into his new place with girlfriend Jen (Rebecca Lawrence), Paul’s life seems normal enough (minus squirrels in the rafters), until he can’t find the book. Does Nancy have it? Yes. Will she give it back? Maybe. Or not.

But Dickens isn’t the real problem. Though two years into doctoral work, Paul has done nothing. He’s a twenty-something going on 12, moody, self-pitying, simmering with pent-up rage, and increasingly inclined to blame his downturn on nasty-piece-of-work Jane, who is Semans’ narrative foil for generational archetype Paul. Damaged and delusional, he can move sideways but not forward. His closed orbit — girlfriend and best friend Charlie — are borderline affable at best, rarely say thank you, and ultimately resist his self-indulgent obsession toward book, and snarling Jane. Here’s an adolescent man whose nimbleness of spirit, if it ever existed, has soured into postmodern passivity.

It’s an unflattering snapshot of a millennial generation collapse that intentionally forgoes the language of empathy. “Everything’s all coming apart,” Paul moans to Charlie. “I’m out of ideas.” The sad truth is that there never were any ideas, let alone much that was together. Hostility to self transferred others is the only intimacy Paul can scrounge up. It isn’t the movie that’s odd; it’s victim-happy Paul. And his shriveling up monochromatic enough to grow wearying.