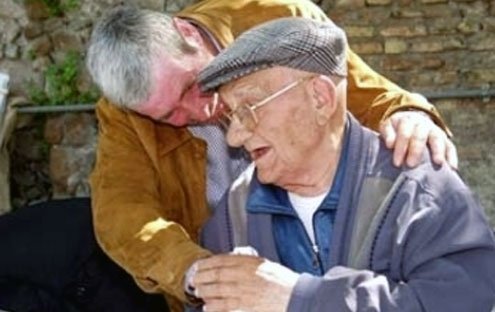 ne of the more successful anti-Mafia organizations in Italy is called Libera, nome i numeri. The title is a reference to names and numbers aligned against omertà, that mixture of pride and withheld information that traditionally maintains Mafia power.

A recent book by Harvard and University of Bologna economists Alberto Alesina and Andrea Ichino could also be called “names and numbers, ” because it too provides details about Italian phenomena as specific and potentially harmful to Italy as organized crime.

American Edward C. Banfield coined the latter term, which is somewhat in vogue these days — Gianfranco Fini bandies it about — in his 1958 work based on a town in Southern Italy, “The Moral Basis to Backward Society.” Amoral familism describes a social/cultural system in which family groups dominate and stand-in for welfare providers of goods and social services, from child and elder care to employment. Developing in environments where trust of non-family members is low, amoral familism feeds on lack of trust to create communities where ties are opaque, patriarchal, undemocratic and exclusive.

In their book, Alesina and Ichino show that if goods and services provided for by Italian families are included in the financial mix — child and elderly care, for example — Italy’s GDP moves up significantly. These are services that markets or governments take care of elsewhere. To put it in perspective, they compare Italy to the United States and Norway, where family involvement in providing welfare is low, and to Spain, where family involvement is similar to Italy.

Italians proudly contrast their homemade welfare state with the cruelties of market-oriented or state-run ones. But do they know economic and social price of their system?

Alesina and Ichino do and they provide the names and numbers and count the costs.

Without taking a hard position — they are economists not polemicists — they give policymakers the tools to govern by choice, not default or tradition.

What does it cost society when professions are passed from father to son? Is it economically efficient for engineers to wash dishes? Is the Italian male’s failure to help at home just annoying or also expensive? How much does it cost to maintain universities whose only virtue is providing students proximity to mom and free laundry? Or what about accepting work that is less well-paid or less fulfilling for the same reason? Is it really better if harried daughters or foreign badanti care for the elderly?

And the South — yet again, sadly; what is the price of its double jeopardy, of even worse social services and amoral familism at its most extreme; organized crime?

Probably the most significant chapter in the book regards women. After documenting how heavily Italy’s homemade services weigh on women, Alesina and Ichino hone in on common justifications for their well-documented exclusion and under-performance. With facts and figures they attack the idea that women choose to work at home or in jobs — not careers mind you — that are beneath their educational level.

However acute and perceptive, Ichino and Alesina can’t quantify all the implications of Homemade Italy. No figures really show the link between scarce nursing homes or pre-schools and immigration, with all its problems. Likewise, the lack of trust that underlies the failure of many businesses to expand beyond their local roots has material, if not measurable, consequences. Amoral familism’s central tenet to take care of your own first and foremost certainly has far-reaching effects.

Equally immeasurable but significant are the effects of making major life decisions such as choosing a home or career based on family convenience or tradition rather than talent, ideals or passion. People who give up on seeking to fulfill their highest needs for self-realization are frustrated and unhappy and do not perform their best (and Italy performs poorly on international life satisfaction rankings). This certainly has insidious, if not quantifiable, effects on a country’s mood and economic performance.

The book’s final two chapters are pictures of a typical American family and a typical Italian family going about their business on a typical September afternoon. In some ways, the pictures could not be more different; the American children are off at college, the Italians at home. Americans volunteer for their school, Italians care for aged relatives.

But one thing is common to both, ahimè. A beleaguered mother holds it all together — no matter what the system.

— Alesina and Ichino have an English-language site that details the findings in their book.