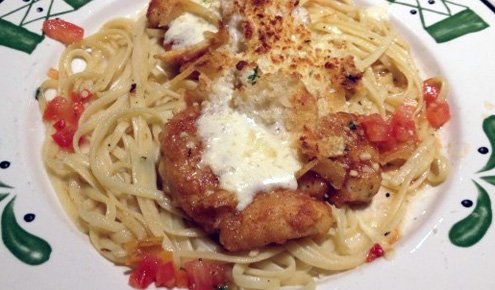 isitors and transplants to Rome (myself included) often arrive with their own expectations of what the city is and how it will reveal itself. Everything from pop culture, to media, to Italian-American traditions plays a role in these expectations. While some legends are true — Italians really do love pasta — others are outdated or simply false. Working as a tour guide I’ve been able to accumulate an archive of sorts, a personal compendium of commonly held perceptions that visitors bring to bear on my adopted country. I figured it was time to do a bit of myth-busting, Rome-style.

Maybe the most widely held belief is that Italian men all boast model-good looks, the Latin Lover epitomized. “Did you meet someone here?” a middle-aged woman from Idaho asked me the other day, a sly look in her eyes, as if we shared some sort of secret. Her whole body pitched towards me. I knew what she hoped to hear, of course: that I’d met a dashing Roman, fallen in love, gotten engaged (my diamond sparkler must be off at the jeweler, being resized as we spoke), and that I was planning a lavish ceremony in the hills of Rome, and (of course) that we’d live happily ever after. Maybe he even brought me to work on the back of his Vespa.

The realities are that I moved to Rome without a job or a house waiting for me, there is no Latin lover, and the idea of marriage terrifies me. As for Italian men, they’re like men everywhere. Some are nice, and some are not. Some are handsome, and some are not. Some are thoughtful, and others are not. The stereotype of the mammone, or momma’s boy, of an adult man still sleeping in his childhood bedroom, is, however, more prevalent in Rome than it might be in most American cities, big or small. While this can be explained through cultural differences (it just isn’t that strange to live at home until you tie the knot), let me cut some young Italian men some slack: with today’s low wages and feeble job opportunities, it’s often impossible to achieve financial independence. So if an intriguing Italian asks you out, and you find out his mom still cooks him dinner, don’t panic. Not yet, anyway.

As for mealtime, the definition of just what constitutes authentic, Roman food remains quite hazy to the newly arrived. One sure-fire way to gross out an Italian is to describe the king of Italian-American cuisine, chicken Parmesan. “You take a chicken cutlet,” I explain to my Italian audience. “Then, you bread it — fry it — cover it with tomato sauce…and melted mozzarella.” Their mouths contract into frowns; their eyes narrow; some cock their heads, confused. “Then…” I pause for dramatic effect. “You serve it on top of LINGUINE.” They gasp and twitch in disgust. I picture Italian immigration and the cuisine that arose abroad as a strange game of culinary telephone; traditions were passed down and tweaked or revamped entirely, so much so that American carbonara (in Rome it’s rigatoni with egg yolk, pecorino, and guanciale, thick bacon) can somehow incorporate cream, mushrooms, and peas. Alfredo is a name, not an authentic Italian pasta dish. And while Italians do eat spaghetti and meatballs, they’re never served together. The primo, or first course carb is finished before it is followed by the secondo, or meat dish. Lady & the Tramp were most likely dining at the Olive Garden.

The myth of Romans being absurdly warm and welcoming isn’t necessarily true either. Before I moved to Italy, I imagined a sweet, Italian nonna would call down to me from her balcony and invite me to a homemade lunch at her house. Grandma would be wearing a string of pearls and her tomato sauce would be simmering on the stove as she hung her dainty laundry outdoors, with old-fashioned clothespins. In fact, Rome is a city, and it’s not uncommon to encounter a blunt city mentality. People are impatient — tempers can be fiery — and both bus drivers and waiters aren’t necessarily shy with sharp words. Recently, I was scolded in a shoe boutique for mishandling the merchandise — the owner chastised me for “throwing” shoes on to the floor in an effort to get a sense of their size (I argue I placed them). While her insults (I was rude, presumptuous, and she’d never in a million years sell me her shoes) would once have reduced me to tears, I felt my blood pressure rise. “I’d never buy them anyway,” I snarled back.

I try to explain that Rome is like most cities: it has its traditions, customs, and can be overwhelming, loud, and crowded. Walking home this summer, the city trash truck in front of smelled so rancid I found myself doubled over, gagging. But when I came up for breath, I caught sight of St. Peter’s cupola stark against the night sky. It calmed me.

What is true? That despite its flaws Rome is, if nothing else, a study in beauty.