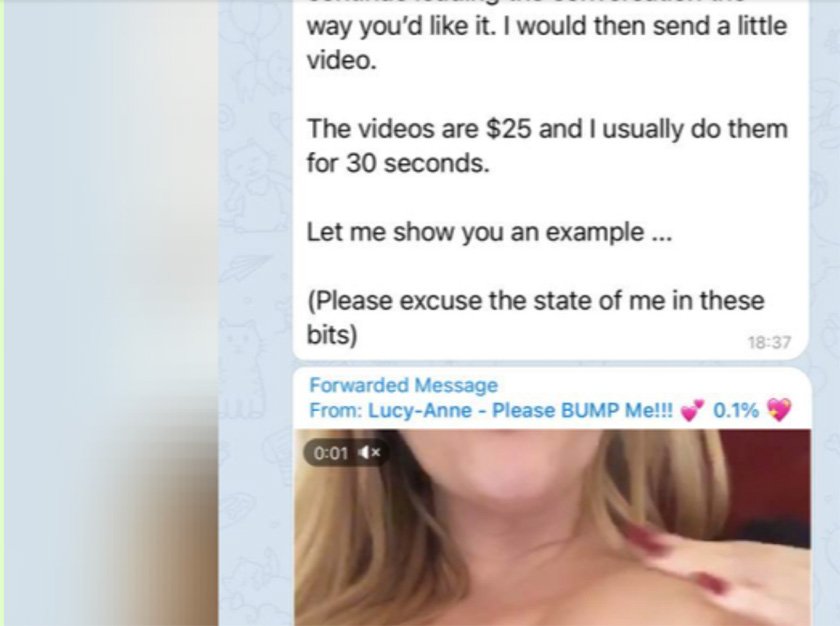 The author's tram of seven sexters work from detailed instructions and rotate on a set schedule.
N

erd-girl gets the VIPs. She’s their coffee and wake-up call and maybe a bit more. She makes sure the clients on our top-dollar list get just the right amount of personal attention, so they know they’re wanted and that the cash they’re investing adds to their feeling better about themselves (or more aroused).

Nerd-girl is my affectionate name for a Scottish lesbian who “plays” in the first round of VIP sexting calls. She’s my teasing alter ego.

But she’s just a piece of a much bigger puzzle.

In all, I have seven girls on three continents texting to several dozen men 24/7. They’re my core staff but don’t include my Twitter, Facebook, and Instagram assistants, who each ply my brand on those platforms.

Someone asked me the other day what had happened to me. I’m back in London, hardly visible (virus aside), don’t return calls, occupy my own space.

When I tell them I’ve become a fulltime sexting entrepreneur they scoff, or maybe think I’m busy sending out cute photos of myself.

They have no idea.

When I tell them I’ve become a fulltime sexting entrepreneur they scoff.

Over the last four months, I have built a business with some 5,000 followers, created elaborate ID mechanisms so everyone know who’s out there, who our (my) fans are. And those fans get regular sexts and images and videos (depending on their price range) from very busy me, who really isn’t me but a host of employed girlfriend alter egos who work my digital merry-go-round from Ohio or Scotland. 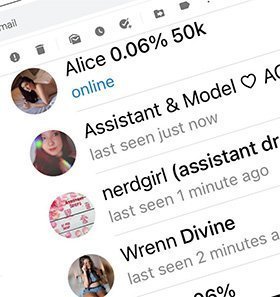 Members of Kent’s team as they appear on smartphones.

And business is booming. Call it right place and right time, since this isn’t what I had in mind a year ago. The virus has pushed people indoors and sexting is the perfect way to keep them hooked on their drug of choice.

But now that the waters are neck-deep, the virtual ocean is the only one anyone knows.

I work seven days a week, eat little bites of this and that at home, sip campaign with my Chilean roommate Oscar (who tells me I’m a businessman in a woman’s skin).

While many in the sex industry are in big trouble, I’m thriving — and again, much happened by accident.

As girls discover my fan site, count up the numbers, I get notes out of the blue, such as the message I got from the single-mom in Tulsa (not precisely a suburb of London) telling me she was desperate, flat broke, her escort and dancing jobs dead, kids to feed: could she be one of my sexters. Please, please, please. We worked it out and she’s now on the American team, each one of them with their client lists and their schedule, all at once being me in the fantasy incarnation I’ve spent a year or two to construct.

We’re like a SWAT team. We need to know the target, the audience, who we’re speaking to.

But life isn’t free, and jobs are scarcer than ever, so think what you will of what I do, but consider me an antidote to the Great Depression. I’m the Tennessee Valley Authority or that prime minister who decided to send people to work building Council flats. I work with girls, with women, and they make money.

One of my sexters is a tranny in Phoenix who dreams of starting her own fashion line but needs money to keep her design work active. We’re a band of gypsies who communicate online and share laughs before getting back to it.

As a joke, we started up a Mr. Dick context, like our version of Miss America, but with a scorpion tail.

Send your dick pix and we’ll tell you what we think, or I think: a personalized Michelin system. The joke was on us: we got thousands, with our subscribers eagerly awaiting our verdict. Dozens of hours of work later, we rated them all, looking to boost egos, not deflate them. As for what makes men this way, I’m no longer interested in even thinking about it. I have a business to run.

Right  then, please excuse me, I need to go over what we have planned for Instagram in the next 24 hours, and I do need to check in with Nerd-Girl, since she’s probably finished waking the VIPs, and that means its time for their lunchtime feeding. A working girl really does work.

Truth be told (and what former English boarding school girl doesn’t always tell the truth?), we’re collectively happy to get wet on crass demand so long as that bit of fictitious moistness helps with our sexting sisterhood’s bottom line, and just maybe also encourages a virus-proof dream or two about better times ahead.