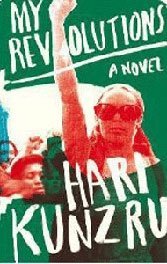 Aside from opening a porthole into lefty squatter life in London of the late 1960s, Kunzru’s novel feels both plastic and immature. The playfully ironic voice that refreshed both “The Impressionist” and “Transmission” is nowhere present in this would-be thriller whose structure owes a debt — albeit a wooden one — to Len Deighton and John Le Carre.

It’s 1998. A chance encounter forces middle-aged Chris Carver, a 1960s urban guerilla bomber since reinvented as Mike Frame (including middle class wife Miranda and adopted daughter Sam), back to the days when he schemed against pigs, Vietnam, imperialism and “the hypnotic dreamshow of fuckable bodies and consumer goods.”

While Kunzru is doggedly determined to burrow into the radical 60s mindset, he also muddles a few facts. Chris’s radical buddies try to make contact with the Italian Red Brigades in mid-1970. But the Red Brigades were little more than an incipient student movement. (Interestingly, terrorist radicalism of the period, minus the IRA, had little impact on Britain, it’s hard-edged side later taking up residence in Italy and West Germany).

That Kunrzu’s glib shifts between the late 60s past and the 1998 “present” doesn’t help the narrative. Nor does the spectral presence of old heart-throb and terrorist femme fatale Anna Addison. She was killed in long-ago terrorist attack in Copenhagen. Or was she? Then there’s Miles Bridgeman, a former radical who’s resurfaced to hatch a blackmail plot? Do “My revolutions” represent uprising or a recognition of life as a roundabout, the same shortcomings revisited each time around it?

Probing terrorism innards has recently become a fulltime vocation. This is an earnest but tedious tributary.