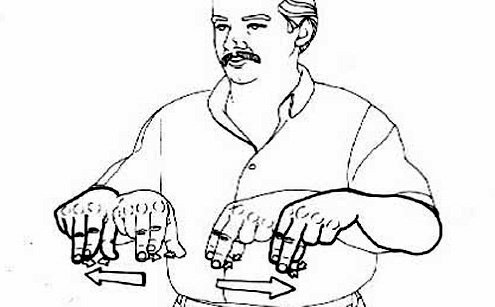 hen I knew I’d be spending a few months living in Rome, I decided to take some language lessons. By hiring a tutor, I thought I would be on a swift road to fluency … or, at least, semi-fluency, which I imagined as the ability to hold reasonably intelligent conversations punctuated by the occasional pause in which my friends quickly supply the word that has escaped me … and then we all take sips of our wine.

I HIRED a Sicilian man named Marco. He was working on his PhD at the university near where I lived in New Jersey and willing to give me lessons. We met twice weekly to the tune of, “Darla, come ona, open your moutha. More volume!”

The first thing Marco pointed out about my mother tongue is that Americans mumble, apparently by letting the words simply fall out of their unmoving lips. And then he proudly let me know that, by contrast, Italians serenade.

And what all this meant — my native mumble, along with my being naturally reserved — was that I was never going to pull off the opera singer alter-ego I was being asked to invoke.

Regardless, Marco and I pressed on. He arrived at my apartment in the late afternoon, wrapped in a woolen jacket, a cup of coffee in one hand and delivering a buoyant Ciao! While I was serious about improving, things never progressed much from my mumbling and his leaning in, squinting at my lips, and raising his hand as if conducting an orchestra — a pretty off-key one.

God the vowels, and all those slow double consonants and rolling Rs. My dreams of uncovering nuances in the culture with newfound Italian friends over dinner were becoming the stuff of foreign films, not real life. Not mine, at least.

But I humbly learned numbers, and street signs, greetings, and verb conjugations. While I didn’t trust my use of future tense or past participles, I was under the impression that I had a pretty good handle on things.

During one of my final sessions with Marco (it was close to winter break for him and several weeks from my first trip to Rome), I mustered the nerve to ask if he thought I was making progress.

Marco let out a long sigh and looked skyward. “Darla,” he said, clearly with a large dose of sympathy, and trilling the “r” in my name, “You are learning. Yes. But your moutha. You musta learna to mova your moutha.” Then, he sat bolt upright and landed a fist on the table in front of me. “C’mona,” he said. “Sing!”

But all I could do was purse my lips and frown.

Marco looked surprised. He didn’t move. But when he saw that I was serious, that my mood had gone from a low octave to an even lower one . . . and that I was not about to “Sing!” he knit his brows, flared his nostrils, and reached for his coat.

MARCO AND I had one final session after that day to squeeze in any last-minute necessities before I was off to Rome — things like where to get the best Roman artichokes, when to catch the Porta Portese flea market, and the words Fermi! and Ladro!

In Rome, of course, my experience with the language was mortifying. The city was sleek and always on the move, and very unlike where I had first envisioned testing my Italian— in some slow, patient, and forgiving village. My first opportunity to speak came after roaming the streets, lost somewhere outside Villa Borghese. I met eyes with an older Italian couple who looked as though they could tell me how to get to where I was going; they stopped, and I went up to them. I’d been practicing what I would say for over an hour. Just a scusi, and a come si arriva a, and maybe a mi indichi sulla carta. I finally uttered some phrases. And to my ears, they sounded nearly perfect. I thought immediately, Ha, Marco! Ha ha ha!

But then the man replied to me in English. And my face burned red. Directions were given, and at the end of our exchange, I didn’t know whether to thank them in Italian or English, considering how I’d been found out.

Like an adolescent who finally sees the value in their parents’ nagging, I instantly understood the importance of what Marco had been telling me. To mumble in Italian was not speaking Italian at all. It only served to make Italians cock their heads and look at me curiously. My mumbling raised eyebrows. It became the recipient of bewildered looks (still emblazoned in my memory) and confused expressions. There was no way I was going to get on here like this.

The most unexpected lesson in trying to get all those vowels up and out of my mouth was that each one became part of a different way of interacting, a new way of responding to the world — something immediate and palpable — and more like a performance. It was strong and bold and operatic all, and it felt as if I’d better be damn sure of what I was saying, or at least have the ability to fake it.

The singing Marco kept referring to was so much more than a manner of speaking — it was a way of life. And if I wanted to be a part of it, I’d have to open my moutha.