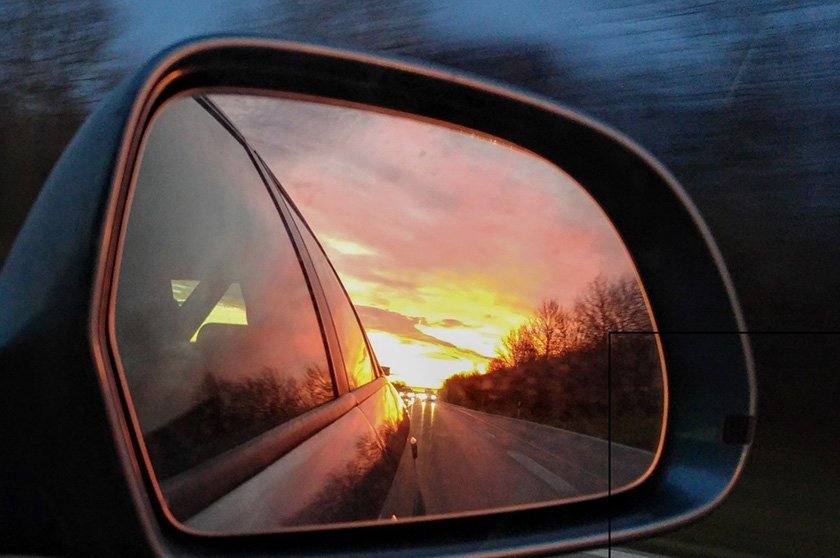 Coming around to a new car…
O

ne of the adjustments I made in moving back to America after a near-decade in Italy was driving again. I never drove in Italy, nor did it ever occur to me to try. I hadn’t learned to drive a stick shift, which was standard with most cars. Plus, Italian roads, especially in Rome, seemed too treacherous for my timid self. I remained a happy passenger, one of the many ways I was spensierata, the Italian for carefree.

It’s not that I disliked driving. On the contrary, whenever I was home visiting my parents in Iowa, I relished driving their cars on the open country roads. I’d listen to the radio — either the classical station, or top 40, and let my mind wander. It was relaxing, even meditative.

Italian “youth” spans roughly ages 18 to 50 — about ten years behind their American peers.

When I moved back to the States, I lived in New York City. As in Rome, I got around on the subway and an occasional bus. Having a car there was unthinkable. But suddenly, for my first gig out of graduate school — a summer internship at the newspaper in North Carolina — I needed a car. Since I didn’t have one, the internship program rented one for me.

I thought perhaps the newspaper in Florida where I later worked would do the same. At that point, I’d been living in Washington, D.C. for many years — again, carless. The newspaper quickly informed me that I would need a car to do the job, and that no, they could not rent one for me. This all made sense once I finally got to Florida — which like Iowa, had sprawling rural roads that I would need to navigate in order to report stories.

I’m not a car person, nor is anyone in my family (my father might, in fact, be called “anti-car,” with his affinity for used clunkers). So, I had no idea what car to buy. Given my Italian leanings, I briefly considered a Fiat 500. But in a test drive, it felt too flimsy for American roads. I also liked the Mini Cooper, perhaps because it reminded me of an English bulldog — all heft, but short on practicality. So, I decided on an American classic — a Chevrolet — but a new model, a “Spark.”

Compact like the other cars, the Spark was bigger and sturdier, but just as sporty. It was also the same model the newspaper had rented for me during my interview visit. The rental was a jalapeño green color, but I bought baby blue.

My “little blue,” as I fondly called it, was my very first car, at 35 years-old. Once someone at the dry cleaners asked how I liked my car because his son’s girlfriend — a college freshman — really liked hers. I wasn’t offended. I knew I was behind in my car history, by American standards, just as I was kind of behind in life. Most of my friends were married and had kids. They were several years into settled jobs and successful careers. I’d skipped around a bit and felt at the start of my adult life — a safe decade behind my peers.

My father might be called “anti-car,” with his affinity for used clunkers.

This made sense to me, since I’d once read that Italians — at least Italian “youth,” which spans roughly ages 18 to 50 — are about ten years behind their American peers. I spent my formative years in Italy, I’d tell people, and I’m just Italianized.

Little blue served its purpose: it took me all over Florida on various reporting assignments. My job title had “senior” in it, and my car put me in the driver’s seat to take charge of my beat. The car also got me back to D.C. for a more prestigious reporting job, and then back to Florida again for reasons of the heart. It was a fun car, a car where I fought myself, and found myself. I grew up in that car.

When I got pregnant, and my partner suggested an upgrade, I was a little reticent. Hadn’t I just gotten going in my Spark? I hadn’t put a lot of miles on it, so I got a good exchange for a more mature car — a midnight blue Volkswagon Jetta, which is more spacious and amenable to car seats and such. I briefly mourned my Spark; whenever I saw “my car” around town, I would crane my neck to see its new owner.

Now, two years later, I’ve settled into my Jetta. I decorated it with just one bumper sticker from a local storytelling initiative, which says, “Your Story Matters.” It’s a good motto to live by, and spread. I like my car, and perhaps most importantly, my daughter Julia likes it. She even refers to it as “my car,” which is kind of true. I’ll probably drive it until she is ready to drive it. Then, perhaps, with all talk of virus and Italy’s woes a thing of the past, I’ll be ready for a Fiat 500.