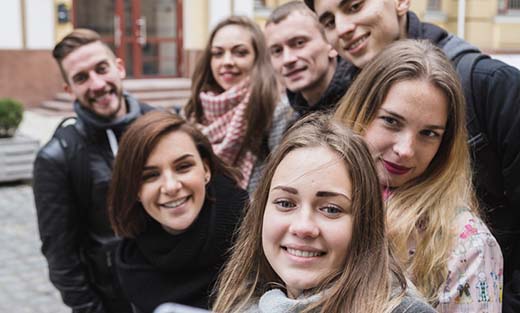 "Can we eat now? Do we have to look at this? My feet hurt. Is that Primark? Can we go into Primark?"
L

ast week, my students and I went to Cambridge for a weeklong “English intensive” camp. It was the first time our school had travelled to England. Long before I arrived, the elders of our institution had deemed the country too expensive for school trips.

Since our Liceo Lingustico also teaches French and German, our students settled for being shipped off, in alternating years, to obscure French villages and Munich. I’m not sure what it is about Munich, but our turtlesque German teacher is enamored with the city and refuses to entertain the idea of going elsewhere.

I can’t vouch for their French, but their German is atrocious. Herr Schildkröte checked out sometime before the Berlin Wall, doesn’t bother to learn anyone’s name, and his glasses are held together by masking tape. His students catch up on homework during his lessons.

I know this because when we arrived in Cambridge we were greeted by a group of Austrian students.

“Fantastic,” I said. “Two languages in one school trip. What more could you ask for?”

“We don’t speak German, Prof,” one of my students answered. “I can only say, ‘Ich heisse Chiara’.”

But weren’t we there for the English? So maybe we should all just speak English, right? Right.

Let me backtrack for a moment. I am not these teenagers’ fulltime English teacher. I only see them an hour a week. They’re mostly taught either by a man I’ve affectionately nicknamed Freud or by the new English teacher, who is what I imagine cotton candy would sound like if it could talk. It was her pep and enthusiasm that made the Cambridge trip possible. She organized the entire thing and asked me to come along.

Asked is probably not the right word. I was approached as follows, “You’re responsible for 18 minors for an entire week in a foreign country. And we’re not paying you. Okay? Great! What’s your passport number?”

When I told my husband Giulio, he was so jealous, he snubbed me for a week.

Eighteen prepubescent teens is not a vacation, I told him. I stayed with a British family that survived entirely on tea and frozen dinners. I shared a bathroom with four strangers. I walked so much, I had blood blisters and I endured 168 hours of, “Can we stop at McDonald’s? Can we go to Starbucks? I’m hungry. When can we go home? When can we go shopping? Can we eat now? Do we have to look at this? My feet hurt. Is that Primark? Can we go into Primark?”

One lunch, a Cambridge teacher sat us down and asked if we were really a language school. When we confirmed it, he said he was surprised because our students’ English was terrible. Then he stood up, tucked his red tie back into his pants and walked away, leaving us with the distinct feeling that he wanted to add, “If language school students are this bad, I can only imagine what the rest of Italy’s teens are like.”

Then came Karaoke Thursday. Forced together in the school’s common room, my girls monopolized the microphone. Every time they wanted a new song, they screamed, “Change” at Po, the Thai PhD-student who was manning the karaoke machine. Not, “Excuse me, Po, could we please have a different song?”

Four days into their so-called English immersion trip and my brood was reduced to barking Neanderthals ignorant of subject or verb tenses.

They enthusiastically invited a group of Austrian students to join in the fun —grudgingly attaching a “please” to a grunted command. One of my girls approached her peers and said, and I quote, “You dance. Music now?”

This came after I’d witnessed those same Austrian students get into a heated discussion with Po in near-flawless English. Apparently they didn’t want to get involved in the karaoke, prefer 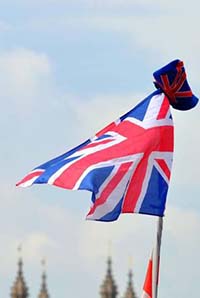 To Cambridge we will go…

ring to sit in the corner pulling faces. Why? The music was four years old. “They want to sing their own songs, but the school’s staff won’t let them plug in their iPhones,” their teacher fumed.

When my students had asked me if they could do the same, I told them Po had spent hours putting together a list of songs just for them. Did they really want to hurt his feelings? No? Good, now bugger off and have fun. And they did, murdering everything from Tina Turner’s “Simply the Best” to whatever the hell Liam from One Direction’s song is called.

But the Austrian teacher made such a fuss on behalf of his students that Po gave in. Triumphant, they played five German rap songs.

Despite their yammering, my group endured this Austrian invasion with grace. After all, they’d tried to include their Austrian peers, had been rudely rebuffed, and then kicked off the dance floor. But they remained unfailingly polite. And when the Austrians left, they picked up the mike and went back to singing Po’s songs as if nothing had happened.

Suddenly I was proud of them. They might not have been the best English speakers but they outshone their Austrian counterparts in manners and good sportsmanship.

They approached the entire experience with an easy-going and laidback charm that is quintessentially Italian. Sure they complained to no end, but they were never sullen or difficult. Their friendliness and simple appreciation for life regardless of its challenges more than made up for their frankly pitiful language skills.

Given the choice, I’d pick my lovable Neanderthals any day.