My life with the Pill 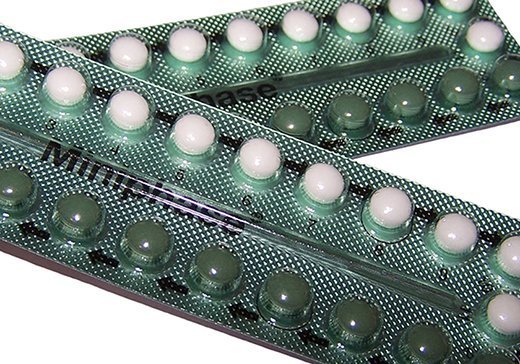 ot long after the first-ever birth control pill came on the market, I lost my virginity. I quickly headed off to the Harvard Student Health Service to score a prescription. Its chief, Dr. Curtis Prout, obliged me, though it meant breaking Massachusetts law. That was in November 1964. To my dismay, when I came back six months later for a refill, I was turned down. Only decades later did I learn that Dr. Prout was not deliberately humiliating me but bowing to a change in school policy after parental protests. Fortunately, the good doctor was among the few who eventually resumed quietly writing such prescriptions ( “Once you’ve started I guess you’re not going to stop,” he’d told me in our first encounter).

Back then the Pill, the only Pill, went by the name Enovid. It packed a hypercharge of estrogen ten times stronger than what’s used nowadays. That hormonal blast made me mock-pregnant all through college: nauseous, jumpy, and most of all, perpetually hungry. I remember driving to the supermarket where I bought a cake and wolfed it all down before I even got home. I went from 116 pounds (53 kg) to 150 (68 kg), and from a barely B cup bra to a zaftig D.

Though by 1964 the Pill had already been around for half a decade, who knew? During my time in high school it wasn’t easy to obtain even for legitimately married grownups. I doubt any of the girls making out in Buick back seats had even heard the news. For us, sex and pregnancy still went together like a horse and carriage. Girls who “went all the way” were likely to “get in trouble,” and every year a few were shipped “upstate,” to sit out their pregnancies in homes for wayward females. When the baby came, it was whisked straight from the delivery room to an adoption center.

Birth control didn’t become legal for all women in all American states until 1972. The situation in Italy still remains complex at best.

As the first near-fail safe means of contraception, Enovid changed everything. Virginity was doomed, since there was no longer any serious reason for girls to hold out. As for diseases, gonorrhea could be cured with a shot, and herpes and HIV hadn’t yet hit. American weddings had never demanded hanging bloody sheets out the window, so with the threat of pregnancy no longer a deterrent, the status of your hymen, intact or otherwise, could remain secret, between you and your groom.

My own Pill-popping ended in 1969 at the urging of my boss, psychiatrist Gideon Seaman, whose wife Barbara had just written a best-seller called “The Doctor’s Case Against the Pill,” which warned of blood clots and strokes.

But my relationship with the Pill remains intimate, in the form of the many thousands of prescriptions I’ve written since graduating from medical school (by which time the hormone dosages had shrunk to safer levels).

In Italy, those prescriptions count as something of a one-woman crusade. The Vatican managed to keep the Pill out of the country for 15 years, and even now many Italian women are convinced that using it is both unnatural and dangerous. In 2010, 17.4 percent of American women ages 15-to-49 used the Pill, compared to only 2.8 percent of Italians in the same age group. Medically speaking, the Pill is so innocuous that in several American states you can buy it without a prescription. In Italy you’d think it carried the same risk as setting off to climb Mount Everest. Gynecologists play a major role in discouraging its use by refusing to issue prescriptions without first demanding a frighteningly long list of blood tests, allegedly to check whether you’re healthy enough to resist its presumed dangers.

Even more barriers lurk. Sometimes a Catholic pharmacist claiming to be a Conscientious Objector will refuse point-blank to dispense it. This is, of course, illegal. Others like to play doctor. One patient of mine who brought a Pill renewal prescription to a pharmacy was told, “The Pill you were taking is too strong – I’ll give you a better one.” And oral contraceptives you take three weeks out of four, the commonest kind, are sold without the week of sugar pills included in American packets. I’ve always seen this subversion (it can mess up timing) as a morsel of ecclesiastic sabotage.

In the end, the proof of the pudding is in the eating. Italians’ approach to contraception, like their approach to so much else, may be muddled but it works: they have among the lowest birth rates in the world. How do they do it? Condoms, rhythm, and – mainly – pulling out. Yup. Time-honored, tech-free coitus interruptus may be a drag, but it turns out to be a lot more effective than most of us think—and that includes my medical school teachers.