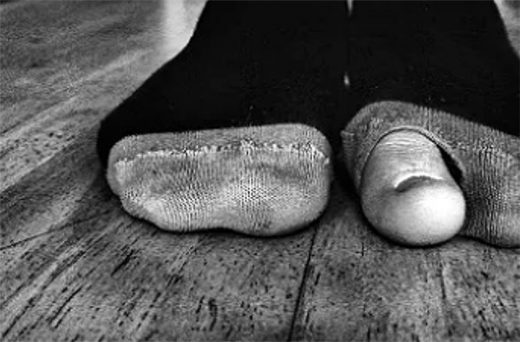 hese days everyone around me seems to be rushing to get their DNA tested abd share the results. Call it socially accepted, and scientific, narcissism.

And because I’m a product of society (as well as being a Millennial), I certainly can’t fall behind my DNA-happy friends.

So it is that I can now share my genetic make-up with the eagerly awaiting world.

This finding explains a lot. I used to think my character was based on my upbringing, but nut science tells me otherwise. The 30 percent may help explain the look on the faces of my mates when they see how I’ve arranged the Ziplock bags I’ve washed upside-down and drying over the kitchen faucet so that they look like land-jellyfish.

Thanks to DNA I can at last explain my need to reuse the bags despite the plethora of them in our kitchen drawers. No, dear roommates, it’s not some desperate need to prove my anti-wasteful superiority. It’s my Depression-tinted nature.

Now, I no longer need to be ashamed when I hand a co-worker a plastic baggy smeared with concealer and riddled with holes, but that I refuse to replace with an actual make-up pouch. As a certified 30 percent G.DE.L, I can unabashedly heed the inner screeching voice that says, “For God’s sake, it’s still a perfectly good bag!” That same voice is to blame for my sorry-looking socks, which at this point contain more holes than fabric. While some might see this as a silly way to lord over my consumer-minded friends, in fact it’s just a DNA state of mind. Be patient, says the voice: “Soon your feet will be so cold you won’t even notice the holes.”

My Grouchy Depression era Lady side may help explain the look on the faces of my roommates when they see how I’ve arranged the Ziplock bags I’ve washed upside-down and drying over the kitchen faucet so that they look like land-jellyfish.

So please don’t misread my behavior. Rather, understand I can’t help being who I am.

“Trust me, I don’t care if he doesn’t text back. He didn’t know that no one calls Santa Margherita by its full name. We all just say Santa.”

This is the kind of sentence, in reference to romance and pizza, I can utter without thinking twice, leaving the listener baffled. I only become aware of this side of me when people couldn’t conceal mystified (or horrified) looks. This forces me to double back and consider that I’ve just spoken “euro” to another tribe.

But my sensibility, and the words that result, are second nature. You don’t think about breathing.

My DNA report also suggested that people with this genetic trait tend to believe maddening statements such as, 1. Italy is the cultural center of the world (especially when compared to the United States); 2. an aperitivo is different and superior to cocktails, and 3. Starvation comes ahead of eating pasta not cooked al dente.

Picture this: one photo of a messy closet, muddy boots in disarray, jackets hanging over aprons in a closet meant for kitchen towels, granola bars strewn under some lightbulb boxes. With this image in mind, picture the exact same closet made almost eerily neat. What’s happened? I have. There’s a percentage of me that lives to organize and restore order. It can manifest itself obsessively: I won’t put my bag down or take my jacket off until everything in my room is neat. This is the the same side of me stops me that refuses to over-decorate because I can appreciate a blank wall. It’s also the part of me that can be 20 minutes late to a party because I was vacuuming (my “welcome to your first apartment” gift from my mother).

Science aside, this stands in direct contradiction to my orderly quotient. But humans are nothing if not puzzles. Yes, I love cleaning up, but the Dust Bunny side does help explain how I can also tolerate a mess. There’s something about mucking stalls and removing algae from water troughs that doesn’t bother me. I’m not above putting on the same t-shirt I sweat in while cleaning the basement the day before. It doesn’t bother me to get on my knees on a dirty floor if that’s what the scene I’m filming calls for. I actually see the value in having five used tea mugs in my room (which someday I’ll toss).

But this 14 percent side is balanced out by the 18 percent that demands cleanliness.

This one is pretty straightforward. It’s a magnet for loose neuroses. I like guacamole but don’t like avocados. Nut job. I won’t eat the Brussel sprouts touched by the juice from my steak. Nut job.

If my footfalls are heavy three times in a row (with my right foot), do I then feel I must even things out with three heavy footfalls on the left? Nut job. And while this percentage is higher in me than others, the Nut job factor remains a universal genetic norm, though expressed differently from person to person.

Now that I’ve been exposed top to bottom, I think it’s time to seek some comfort — as in vacuuming the dead bugs from the windowsills.