My friendship bus is… full 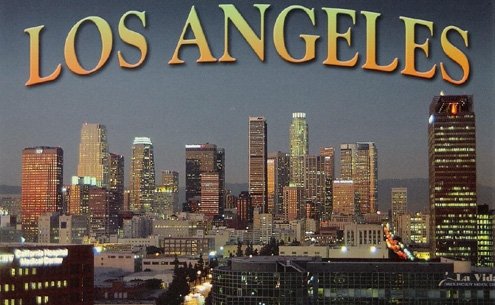 Maybe we just aren't being selective enough about who we let on the bus.
I

don’t know about you, but I rarely see my friends. At least, not the ones who live in the same city as me. I used to see one of my good friends all the time when she lived in New York and came to Los Angeles on business, but now that she lives here I’ll be lucky to see her once every couple of months. We email sometimes, text daily and leave tons of messages on each others cell phones. All my L.A. friends are great at finding some space in their schedule, making plans, confirming them and then canceling last minute due to different sorts of emergencies: working late, just got a facial peel and can’t go out into the sun or be exposed to anything that might reflect sun, an allergy to pollen desensitized and can’t go outside for 25 hours, appointment with eyebrow waxer just opened up and she is going to Barbados for two weeks and I won’t be able to see her before she leaves if I don’t go now.

Just getting someone on the phone takes an enormous amount of effort. Most phone calls go to voicemail, even when I’m returning a call I just missed. It seems that if I don’t pick up the moment someone calls, I’ve missed the fleeting opportunity. If I’m lucky enough that they pick up it is usually followed immediately with a “I can’t talk right now…” which perplexes me because why pick up the phone if you can’t talk? Angelenos are obsessed with giving off the impression that they are “unavailable.” Seeing someone in person seems to be the final option of friendship when all other methods have been worn out so much that if you continue going along the same path you risk no longer having a friendship to avoid. This, of course, is an L.A. thing and a behavior I might not have noticed, much less perceived as a problem, if it was my hometown.

I’m not from here and I don’t mean that in the way people from Long Beach think they don’t live in L.A. I’m really not from here. I grew up in Australia, but have been living in L.A. for 14 years, long enough to expect flakiness in relationships, but not long enough to accept it. I’ve lived in many cities throughout the U.S., as well as London, Florence and Vancouver and there is nowhere more flakey than Los Angeles.

Why is that so? Do we have too many friends, are we trying to fit too much in, or are all the ways of communicating making us simultaneously more busy and less reachable? But really, we are never too busy to do what we want: never too busy to see our boyfriends or drive around the block 12 times to find a space directly in front of Starbucks for our coffee fix and then wait in line for 20 minutes for our specialty drink (while texting someone saying how busy we are).

I used to think people’s lives were too full, but now I believe Angelenos are hermits and the way this anti-socialness manifests itself is in an inability to make a commitment to anything. They already have so many chores they “have” to do in their lives and at work that the last thing they want to do is commit to something else, especially in their personal time. Commitment to even the most basic of things, such as meeting at a certain time and place, has become rare. Angelenos always want to keep their options open in case they are offered something better. People RSVP to birthday parties and movie screenings and don’t show. They think about how they will get there, traffic, who will watch the kids and all the logistics until they are so exhausted that they don’t feel like going anymore.

Personally, I was taught to show up for things that I said I was coming to, regardless of how I felt. It was only Ok to cancel if an emergency came up (no, tickets to Death Cab for Cutie does not qualify) and even then you apologize profusely, as though you could have done something to prevent the emergency from occurring.

Even a question as simple as, “What are you doing this weekend?” can elicit an array of squeamish replies. “I don’t know, I’m just going to take it easy, keep it loose.” Even talking about what we are going to do feels like we are being pinned down too much for our own comfort. And really, what else is it about than our own comfort? It’s why Angelenos move from the bubble of their car to the bubble of their house and the times they do have to exit their own bubbles, they need barriers to protect their personal space: The empty buffer seat next to you in the movies, the safe amount of distance from someone when walking, the few inches between your Yoga mat and someone else’s, expertly staked out with a water bottle.

People seem to have a phobia about letting people in their cars, no one picks anyone up and we arrive in separate cars to everything. I know people in L.A. who don’t even invite friends over to their apartments because it is too much of an invasion of their personal space. I have friends I’ve known for years whose homes I have never been to, I’m not even sure where they live. Angelenos really seem to need a certain amount of distance to feel comfortable and that extends from cars and houses to their lives. And what better distancer is there than a reluctance to commit?

Sadly, this lack of commitment extends to the one place that should be sacred ground: intimate relationships. “I’m not ready for a relationship right now,” has got to be one of the most common utterances on first dates in L.A. In this instance, the overwhelming abundance of choice seems to be the cause of not wanting to commit, but it highlights how far Angelenos have gone towards the shallow end of the commitment pool. Why commit to one person when you can date three or four? Maybe I’m old-fashioned, but in reality shouldn’t an intimate relationship be the thing you hold above everything else? But maybe that is another problem, L.A. is not reality. It is a place filled with ridiculously perfect looking people who apparently have much too busy lives for friends, relationships or commitments.

By contrast, Australians always seem to have room for more friends. They see them often, hang out in groups, get together on a moment’s notice and have people over to their houses. People even drop by unannounced or with only a few minutes warning. If you drop by unannounced here you’ll be lucky if your “friend” answers the door. They are probably hiding in the pantry. What is a display of friendship in Australia could end a friendship in L.A. Any time the doorbells rings my mum, who has clearly lived in LA too long, freezes and frantically whispers with outrage in her voice,” who the &*%* is that?!” It’s the amount of panic I would reserve for Scientologists at the front door. But it’s not Tom Cruise, it’s not even a gaggle of Girl Scouts trying to sell their hideously addictive cookies. It’s your friend Sally smiling in anticipation of seeing you and holding flowers. And it terrifies you. When did our friends become people to avoid? When we all moved to L.A. I’m guessing.

A friend of mine recently told me her “friendship bus” was full and that she couldn’t take on any more friends, “I’m sorry, but the bus is full.” Maybe that is how the majority of us feel, so spread thin that we don’t have anything left to give. But maybe we just aren’t being selective enough about who we let on the bus. If Angelenos could learn to say “It was wonderful to see you,” instead of “We should get together soon,” they would drastically reduce the amount of flakey relationships they have. Our real lives aren’t like MySpace, it isn’t plausible to have 4,527 friends. If you have that many “friends,” you are obviously more concerned with the appearance of having a lot of friends, rather than actually maintaining those friendships.

The level of flakiness is unique to L.A. though and it’s contagious. Even I find myself being slightly relieved when a call goes to voicemail, glad I don’t have to talk to someone I rarely see and make plans I know will most likely be broken. When I’m in Australia I actually want to take people’s calls. Maybe because I know I will see the person and I see the point in picking up. I have enough long-distance relationships with family and friends in Australia, I don’t want to have them with people I live in the same city with. I still feel guilty when I let a call go to voicemail because I don’t feel “in the mood” to talk, but I’m holding onto that guilt with pride because it means I haven’t been sucked into accepting the L.A. relationship. It means I know better.