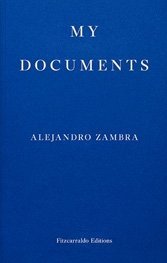 By Alejandro Zambra, translated from the Spanish by Megan McDowell 223 pages

The first few stories in Chilean Alejandro Zambra’s collection are muted as if to suggest an author limbering up before preparing to sprint past the limitations of autobiographical fiction. Zambra’s autobiographical outline is evident in sensitive, soccer-loving boys reared in the Santiago of the Pinochet dictatorship and vulnerable to feelings “of impropriety, of ignorance, smallness and estrangement,” and ugliness. In the title story, the young son of a 1980s computer technician father and a typist mother lies his way into becoming a choirboy only to abandon God to believe “naively, intensely, absolutely, in literature.” Its closing lines kindle the maturing whole: “My father was a computer, my mother a typewriter. I was a blank page, and now I am a book.”

That man-book turns on small, often wry details, “carried along on the scent of memory.” In “I Smoked Very Well,” an Italo Svevo-like narrator recites the comic trials and tribulations of quitting smoking. He slyly mulls over literature, women and his goals (“I would like to smoke with the elegance of a semicolon.”) In “Thank You,” a Chilean man involved with an Argentine woman travel to Mexico City where they’re mugged, deepening their ambiguous bond. In “Family Life,” Martín agrees to housesit a home including a cat called Mississippi. But Mississippi vanishes, which leads Martín to meet Paz, whose dog has also disappeared. They become lovers based on an accretion of borrowings and lies that will slam down on Martín’s fingers like a windowsill. In the final story, “Artist’s Rendition,” a writer tasked with writing a detective story remembers a girl who was once sexually abused by half-brother and father, her travails merging with the writer’s plot. “She thinks of an ambiguous pain,” the girl says of her abuse, “of a disaster, calm and silent.”

In each of these 11 stories Zambra scans the ordinary for modest slivers of illumination, often picking up on bits and pieces of calm and disaster. His interest isn’t in Roberto Bolaño-like flights of fancy but in the sometimes hard and farcical difficulties that insert themselves into day-to-day life, whether the result is hopeful, hopeless or just part and parcel of getting with it.